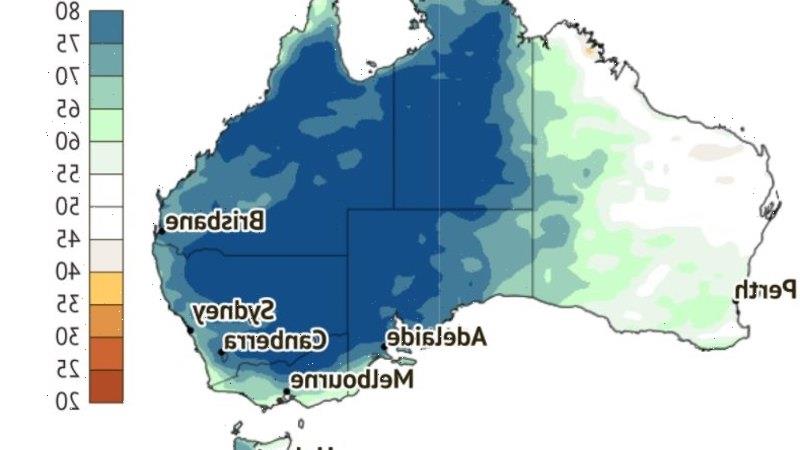 Eastern Australia, already soaked by big rain events and storms this year, could be in for more flooding as conditions in the Indian Ocean and Pacific tilt to favour increased rainfall.

Meteorologists say the Indian Ocean has lately warmed up off north-western Australia, increasing the likelihood of above-average rain for the country’s centre and east from winter into spring.

The Bureau of Meteorology said this week the so-called Indian Ocean Dipole that gauges temperature differences across the ocean is on track to enter a negative phase within weeks. Several of the models it uses indicate the phase will last as late as November, suggesting rain-bearing clouds streaming across the continent could be a regular feature for months to come.

With the outlook pointing to above-average rain, “there’s an increased chance of floods when soils are saturated”, Felicity Gamble, a senior bureau climatologist, said. 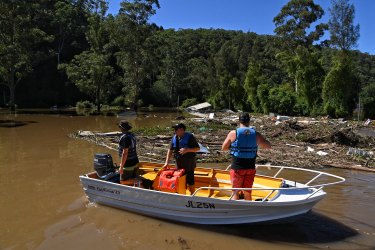 More of this to come? The Hawkesbury River to Sydney’s north and west flooded during days of heavy rainfall in March 2021.Credit:NIck Moir

The other major wet influence may come from the Pacific.

While still “very neutral”, conditions in the central equatorial Pacific are predicted to dip towards another La Nina. Two of seven models used by the Bureau indicating such an event is possible by the late spring.

“This shift towards cooler forecast values [in the central Pacific] may be contributing to the wetter than average rainfall outlooks for parts of the country,” the bureau said this week.

Eastern Australia already endured the effects of a La Nina this year, with the decaying event playing a big role in what the bureau said was one of the region’s wettest spells on record.

“Averaged over [NSW], 23 March recorded 36.9 mm, which made it the second-wettest day on record after 40.3 mm on 20 January 1995, whilst the two- and three-days totals were also the second-highest on record,” according to a Special Climate Statement from the bureau this week.

Hannam Vale on the mid-north coast of NSW collected the most on any single day, with 370 millimetres on March 20. Madalya in Victoria’s South Gippsland also had a daily tally of 170mm and Tasmania’s Gray with 295.4mm, demonstrating how widespread the heavy falls were.

“These natural climate drivers were set against the background of the long-term trend,” the bureau said. “As the climate warms, Australia’s heavy rainfall events are expected to become more intense as moisture in the atmosphere increases by about 7 per cent per degree of warming.”

Since the March deluge, Victoria has also copped a hammering, with severe storms and floods earlier this month leaving thousands of homes without electricity and inundating part of a coal mine in the Latrobe Valley. 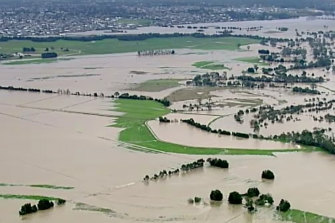 Flooding earlier this month near Victoria’s Yallourn power plant reduced generation to one out of four units.Credit:Nine News

Weatherzone senior meteorologist Ben Domensino said it is difficult to link this month’s event with the recent shift in the Indian Ocean. Even so, should another east coast or Tasman low-pressure system linger near Victoria or NSW, there would be ample moisture along with wet catchments to cause more problems.

“The landscape is saturated and primed for flooding,” Mr Domensino said. He outlined such a potential in a recent report for Weatherzone.

Insurers such as NRMA are also gearing up for another spell of wetter than normal conditions. Luke Gallagher, an executive general manager at the company, said autumn had been the most severe for NSW, Queensland and the ACT in at least five years.

NSW alone had 14,000 home claims, or triple the five-year average for autumn, while Victoria’s June storms had triggered more than 6000 claims for the parent company, IAG.

NRMA will launch a Wild Weather Tracker on Thursday, with the plan to release data at the end of each season showing which towns and suburbs have been the hardest hit by extreme conditions.

One aim is to prod people to take steps to prepare in advance, such as checking roofs for broken tiles or cluttered gutters. While residents typically ensure their cars are regularly serviced, “their most prized asset does not get that same level of care and attention”, Mr Gallagher said.

Stay across the most crucial developments related to the pandemic with the Coronavirus Update. Sign up to receive the weekly newsletter.