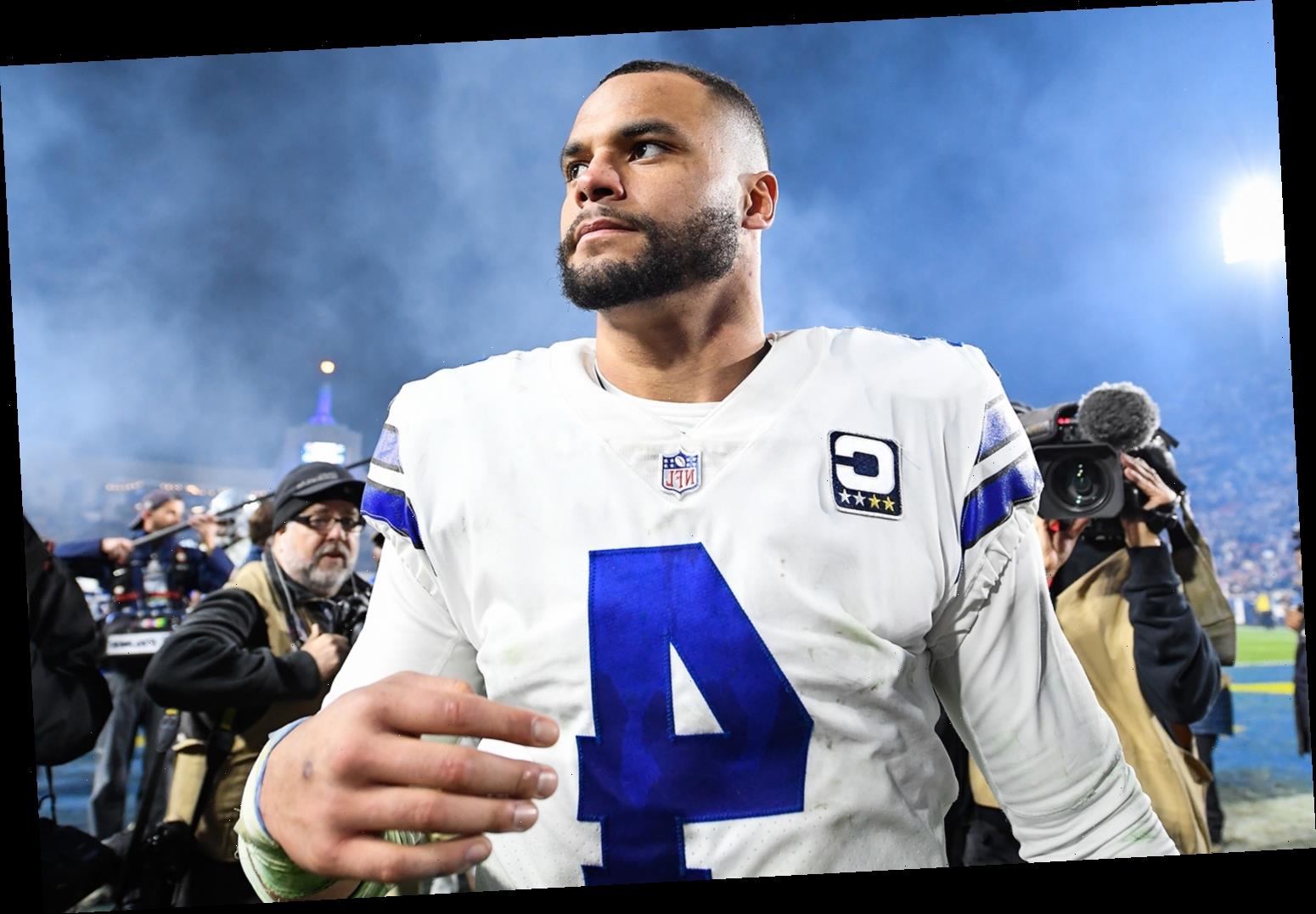 Dak Prescott is filled with gratitude.

On Thursday, the 27-year-old Dallas Cowboys quarterback thanked supporters for their kind messages after his gruesome ankle injury during last Sunday night's NFL game against the New York Giants.

Posting a video to Instagram as he was on his way to the doctors to check on his ankle, Prescott began, "[I] just want everyone to know that I'm doing well and I can't thank you enough for all your love, your support, your prayers over the last few days. They've been more than overwhelming."

Then, noting that everyone from teammates and family to fans and friends have reached out with well-wishes, Prescott continued thanking them all and shared, "Just knowing I have that much love and support out there makes a huge difference."

The football star added that he is in "great spirits" as he headed to the doctor to check on his leg for the first time following surgery.

"So [I'm] just ready to start this road to comeback," he said. "This is just gonna be another chapter in the book, I'm excited to move forward and write it."

During his almost two-minute long video, Prescott also revealed that he is looking forward to watching football from home and to continue supporting his team, stating that he is excited to see the game "in a different perspective."

The football pro's injury happened as Prescott was tackled by Logan Ryan late into the third quarter of Dallas' game against the Giants. After hitting the ground, Prescott immediately grabbed his lower leg and pointed to his awkwardly bent right ankle. He was shown in tears as he left the field on a cart.

According to the Cowboys' website, Prescott suffered a "right ankle compound fracture and dislocation" and underwent successful surgery last Sunday night. He was released from the hospital on Monday and it was unclear how long he'll be out.

"We are all heartbroken for Dak and this very disappointing injury," Cowboys owner Jerry Jones said in a statement. "The outpouring of messages that I have received regarding his setback speaks volumes to the respect and admiration that he has earned from his teammates, former Cowboys players and Cowboys supporters everywhere."

The Cowboys went on to win Sunday's game 37-34 thanks to backup quarterback Andy Dalton. Dallas is now 2-3 on the season and will face the Arizona Cardinals next Monday.