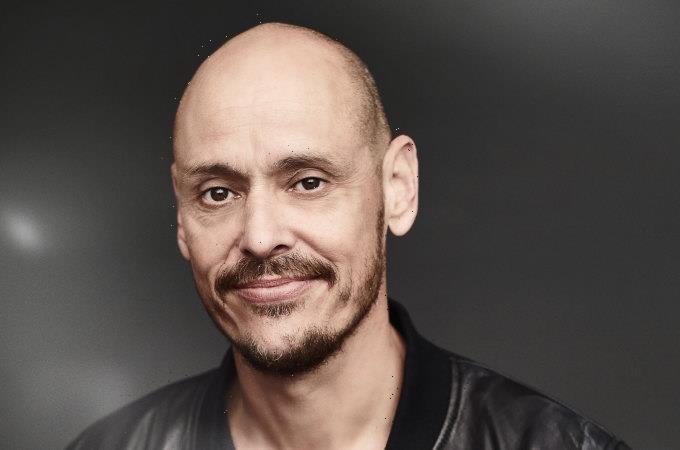 After 22 years living with Ray Shoesmith, Scott Ryan will next week bid farewell to the star of the blackly comic Mr Inbetween, whose small but loyal fan base has made the series about a laconic hitman juggling criminal and domestic duties a cult hit around the world.

The 52-year-old owes his career to Ray, the only character the untrained actor has ever played. He owes his two AACTA awards – for best newcomer and best actor – to Ray. Above all, he owes the fact he no longer delivers pizzas or drives taxis for a living to Ray. 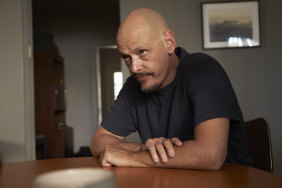 Bidding adieu to Ray Shoesmith, in other words, is a Very Big Moment in the life of Scott Ryan. But anyone expecting even a hint of sentiment from him will be disappointed.

“Nah,” he says. “It feels like it’s time to do something else now, you know?”

The pain of parting is eased by his belief that Ray will live on. “I think it’s going to find its audience after it’s finished,” he says of his three-season, 21-episode show. “We’ve had an incredibly loyal fan base, people who see the show and then tell 20 other people, 50 other people, to watch it. You know I never watched Breaking Bad until it was all said and done. And I think that’s going to be the case – hopefully I’m right – with Mr Inbetween. It’s a word-of-mouth show.”

Ryan is talking from Mudgee, where he’s thinking of buying his first home. “Plenty of room to bury a few bodies,” he jokes. At least I think he’s joking; the line between Ryan and Ray is so fine you can’t quite tell.

Ray Shoesmith, former soldier turned hitman, was first sketched by Ryan in the late 1990s for a student project at RMIT, and introduced to the wider world in The Magician, a critically acclaimed but little-seen mockumentary released in 2005 (there’s a lovely little nod to the film in the penultimate episode of this season, a gift, Ryan says, for the loyal fans who’ve been there from the beginning, and maybe an invitation to more recent ones to “go and do a deep dive and find the film”).

Ryan wrote, directed, shot, edited and starred in the film, which cost about $3000 to make (and another $450,000 to finish to cinema standard). Nash Edgerton (brother of Joel) helped him reshape it, and together the pair shopped Ray around as a character worth exploring in the longer form of a TV series. There were nibbles of interest from Foxtel, SBS, even HBO, but all balked at the untried Ryan’s determination to play the character he had created.

By the time he got the call from Edgerton five years ago to say American cable network FX was interested in making a show, Ryan – who had given up writing and was driving a taxi in Echuca – was primed for disappointment again.

“I just had this feeling of dread,” he told me a few years ago, as Mr Inbetween was about to go to air for the first time. “I’d had so many bad experiences I was just like, ‘Aw f–k, here we go again’.”

Now, with the third and final season about to end, he has a show screening all around the world, the ear of producers and broadcasters in America, and a couple of acting awards of which he is unapologetically proud.

“There were a lot of people who said it couldn’t be done, it shouldn’t be done, you shouldn’t be in it – and then you win awards for acting, which is the thing that they basically didn’t want you to do, and you think, ‘well, screw you’,” he says. “It’s very nice to receive that validation that you weren’t wrong, that it was worth making, that he was a character worth seeing again. And I honestly felt that, you know.”

He’s not bidding farewell to Ray because he’s sick of him, he insists. “I actually quite like him.” He just felt he was running out of ideas and energy, and wanted to try something new.

“If I felt I could make another season and it would be as good as the others, I’d do it in a heartbeat. But I don’t want to make something that’s a pile of garbage. If you go, ‘I’ll just do another season, I’ll make some money’ you’re kind of ripping off those people who’ve been loyal and followed the show.”

His plan is to get back to writing, and to directing. He has a script he’s pretty happy with, one that ticks the boxes of dark Australian humour and violence that has become his trademark. In fact, he promises, “it’s a lot more violent than Mr Inbetween”.

Hard to imagine, perhaps, but past experience suggests you doubt Ryan at your own peril.

No plans for a rom-com then?

“I don’t want to shock people too much, but a romantic black comedy is definitely on the cards.

“Relationships,” he continues, “sometimes they’re, you know, they’re difficult. And I guess that’s something I’ve experienced, especially in the last couple of years, and I’ve been making notes as I’m going.”

Do you put a little “swipe write” disclaimer on your Tinder profile?

“Yeah, warning,” he laughs. “Anything you say or do could be used against you in a feature film. So be careful.”

Mr Inbetween is on Fox Showcase and Binge. The series finale airs Wednesday, July 14 at 8.30pm.