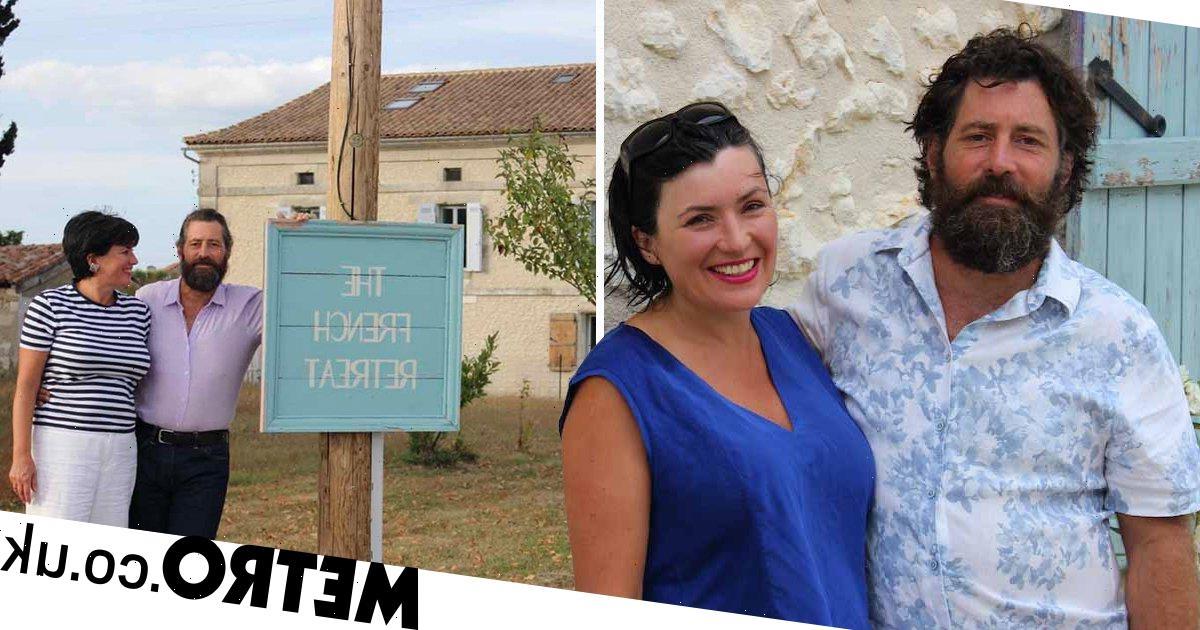 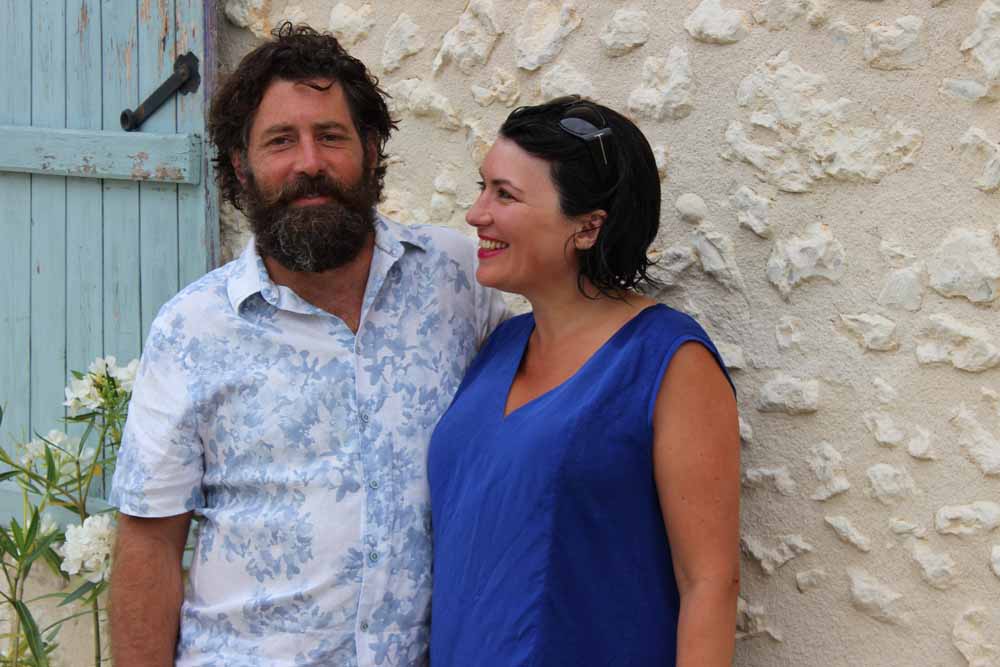 A couple who became friends while they were on a relationship course to save their struggling marriages have come full circle as they have now become coaches to help others with marital problems.

Emma and Matthew Pruen split with their respective spouses after meeting each other on the sefl-development course in 2001, and they have now been happily married for 15 years.

Immediately clicking, the pair supported each other as they tried to make their marriages work, but when they both realised their marriages weren’t savable, their friendship became romantic.

Now, they divide their time between London and France, and have started their own self-development courses, to help other people find love and make it work.

‘The only person you have any control over is you,’ says Emma.

‘If your relationship is struggling, you can’t change someone else, the only person you can change is you and that’s the principle that underlies all our relationship courses.’

The Hoffman Process, which they base their coaching on, was established 50 years ago and gives people the tools to make behavioural changes to either improve their relationships or, if they are truly over, to help them navigate separation and divorce.

‘Matthew is very good at pouring oil on troubled waters,’ says Emma. ‘I was lucky enough to fall in love with a peacemaker, which means I have a relationship I never dreamed of having.’

But Emma and Matthew, a former restaurateur, have come a long way in the years since they met, when they were working hard – as were their respective spouses – to find a way to make their marriages a success.

Remaining in their marriages for another two years after meeting, they confided in each other as friends and shared their insights on what was going on in each other’s lives.

According to Emma, it took a Christmas trip to Thailand for a month for her and her husband of nearly a decade to realise their marriage was at an end.

‘We were away with no stress, no work and no pressure and it was just gorgeous there, but we still had the worst argument of all time, so there was no kidding ourselves. We knew we were at the end,’ she says.

Returning to the UK, she received an email from Matthew, who had also had a bad Christmas, saying he and his wife were separating after 20 years as husband and wife.

His plan was to move to Spain for a few months, so he could think about his new life. But Emma’s reaction to his news surprised her.

‘I found myself massively overreacting and instead of thinking it was great and a really good move, I realised I would miss him terribly, which I thought was a bit extreme if he was just a friend,’ she says.

But, Emma and Matthew agreed that he would stay with her in Brighton, East Sussex, to attend a two-year reunion of the course where they met.

During that visit – both newly single – they became romantically involved.

‘I noticed Matthew and I were sitting closer and closer to each other on the sofa, so I asked him, “Is something happening here?” and he just said, “Do you want something to happen?”‘ says Emma.

‘I was concerned because this was my best friend and I didn’t want to lose him, but it was like something from a Christmas film and all beautifully respectful. And it turned out we were as physically compatible as we were emotionally compatible.’

Matthew moved to Brighton to live with Emma, who co-parented Iskander, now 25, amicably with her ex-husband.

Two years later, Matthew proposed on Emma’s 40th birthday and the couple married in November 2005 – having a child together, Chris, 15.

Matthew also has two children from his first marriage, Tom, 37, and Rosey, 35.

In 2013, the couple bought a €180,000 run-down four-bedroom house with a huge barn in Poitou-Charentes, South West France, spending €300,000 converting it into a centre – The French Retreat – where they now live and run couples’ retreats.

Charging £1,200 for a four-day retreat, which is full-board, they also run two-day non-residential courses in London, costing £300.

The couple have both trained extensively in family and relationship counselling,

‘We are all drawn to something different, but that can bring challenges and cause conflict. because at some point, we realise just how different we are and then can feel repelled by our partner,’ says Emma.

Emma says that although a large aspect of their work focusses on helping couples resolve their differences, if a relationship is truly over, they also guide people towards a more amicable parting.

Still, she hopes that people will, like her, be lucky enough to find their soul mate, saying: ‘Matthew is very real and funny and is a natural and gifted peacemaker. We are very happy.’

Meanwhile, Matthew is confident that by helping others through their work, they enable their own relationship to grow.

He adds: ‘The way we met was great because we got to know each other very deeply and very quickly, warts and all.

‘Working together as relationship coaches has only deepened that, because in sharing our ups and downs with others, we continue to learn even more about each other.’

Visit the websites for more information about the Pruens’ work, and to find out about the Hoffman Institute.

Rush Hour Crush – love (well, lust) is all around us

Tell us about your Rush Hour Crush by submitting them here, and you could see your message published on the site.