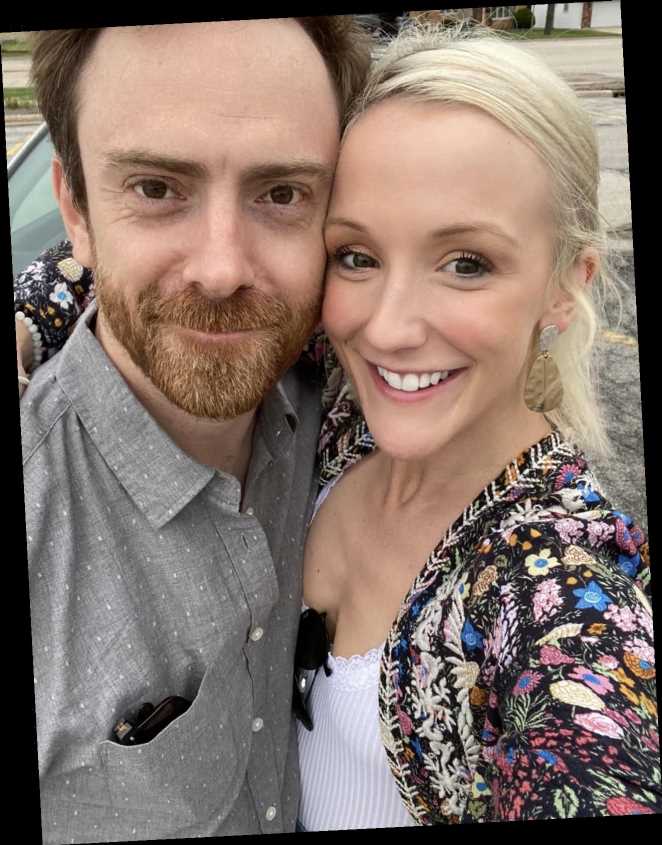 Sometimes, the road to love is simple, and other times, it's a winding path that leads you right back to your very own front door — or in the case of one Chicago couple, the one two apartments down the hall.

Alex Morton and Stacie Pawlicki will soon celebrate their first anniversary, and though they've both lived in the same apartment building since September 2019, their romance only started because of the coronavirus pandemic.

As residents of the same Chicago high-rise, they'd met before, first when Pawlicki, 34, moved in and went to fetch a delivery in her pajamas, the couple, who initially shared their story with the Chicago Tribune, tells PEOPLE.

"While I was waiting for the Ikea delivery men to meet me at the elevator, a man came out of his apartment toward the elevator and said hello," she recalls. "I looked over, was surprised at how good-looking he was, and immediately thought about how quickly I could escape in my sans-makeup, not-showered look."

Morton, 33, initiated small talk in what would be their first conversation, but the delivery men soon arrived, interrupting their chat and prompting him to extend an offer to help Pawlicki set up her furniture.

"I let it go as a nice gesture, kept on with my day," she says. "I was dating someone else at the time and wasn't sure if that interaction was flirting or just a kind gesture from a new neighbor." Over the next few months, the two sometimes ran into each other, often in the elevator, and their quick chats planted the seed that perhaps there could be something more there.

"Our conversations always pulled me in instantly, which made me realize something was there that felt different," says Pawlicki, a leadership coach. "I found myself naturally excited when I ran into him." Then came the day that changed everything: on March 20, when Illinois was placed under a stay-at-home order, Pawlicki ordered Chipotle, and happened to run into Morton in the hallway as he headed out for a run.

They stopped to chat, and that's when he let it slip that he referred to her as "the cute girl that lived on his floor." The confirmation that the spark Pawlicki felt was mutual was enough for her to invite him over to start a puzzle together the next day.

"I chalk it up to the pandemic and thinking, 'What's the worst that could happen?' " she says. "I also had a strong intuition telling me something was there worth exploring." Morton, for his part, says he was "surprised" and "excited" when Pawlicki knocked on his door, and happily agreed to come over, where the two spent five hours getting to know each other better.

Before long, the couple was meeting each other's families, and by July, decided they were ready to move in together, finding an apartment in the same building the next month.

"We would spend weekdays in one apartment and weekends in the other," Morton, who works in global analytics for McDonald's says. "We both agree that our heads told us it was fast, while at the same time, it didn't feel weird with how much we fit together in our relationship."

With both Pawlicki and Morton preferring to meet people organically as opposed to via dating apps, the unconventional situation proved the perfect way to turn a lockdown into a happy ending. "I would never have thought that a year ago the world was going to shut down and that would be the catalyst to me falling in love," Pawlicki says, "and it would be the guy next door."

Morton, however, seems less shocked: "My favorite movie genre is Ryan Reynolds-based romantic comedies, so I wouldn't have been surprised to fall in love with the girl next door," he says.

With wider vaccine distribution on the horizon, Pawlicki and Morton say they hope to do all the normal couple things they haven't been able to this past year, like traveling, going to concerts and movies, attending friends' weddings, and exploring the city of Chicago.

"He's seen me cry and comforted me," says Pawlicki. "And we've made each other laugh a lot. Above it all, we are grateful we found each other. That a time that has brought so much pain, so many challenges, and a lot of heartache for so many people, we were able to find love."