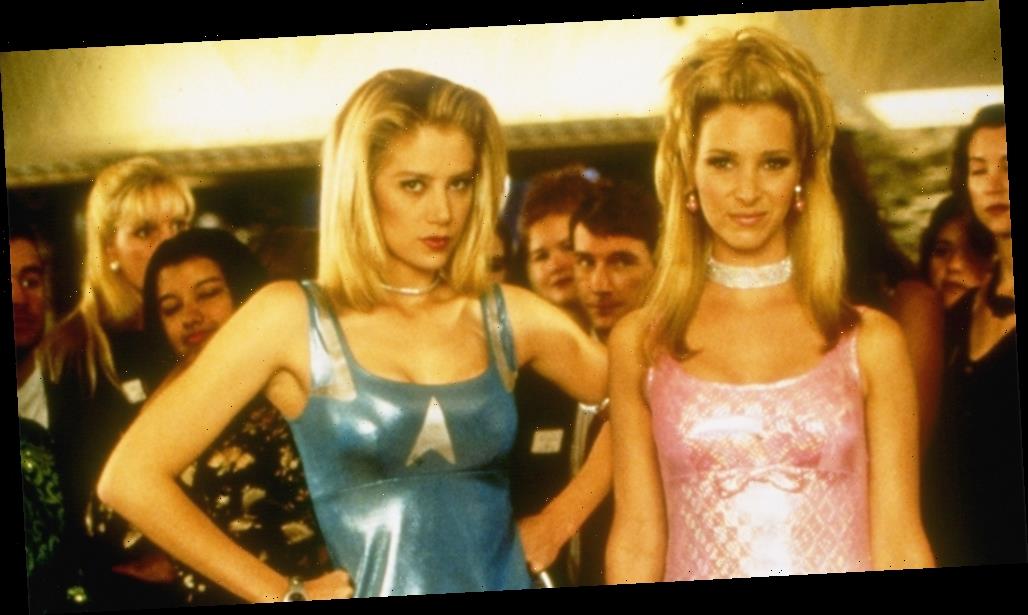 “’You are one of the few designers that can open a movie,’” costumer Mona May recalls Happy Madison co-founder Jack Giarraputo once telling her. Perhaps no appraisal can sum up the fashion-design-trained May’s auteur-like contribution to cinema as succinctly.

Her bold colors, unapologetically soft silhouettes and feathery boas — signature touches that at once highlight comedy, beauty and authenticity — helped define a genre of film. From “Never Been Kissed” to “Romy and Michele’s High School Reunion,” “Enchanted” (for which she was nominated for a Costume Designers Guild Award) to “The House Bunny” to Amy Heckerling’s seminal Jane Austen spinoff “Clueless” (now celebrating its 25th anniversary), young women in search of their identity are the backbone of a number of May-costumed movies. The designer says those films feature stories of women “learning something very feminine about feeling good in [their] skin,” adding, “This is my life message: being free, in love, happy and yourself.”

Many of these films show off May’s facility for giving characters extensive fashion makeovers, even under difficult circumstances. In fact, she enjoys the sense of accomplishment. “It’s challenging to deal with insecurities, budgets and time constraints,” she says. “But creating a transformation is telling the story of a woman’s arc. I am a sucker for it when a woman becomes themselves.”

May bemoans that Hollywood has been shying away from women-centric stories. “People want them, but [studios focus on] global tentpoles,” she says, supporting a return to female-driven comedies. “I’ve done movies [recently], like ‘Banana Split,’ about two girlfriends. I’ve started to prep ‘Mixtape,’ which is a wonderful [’90s-set] story about a girl who finds a cassette tape of her [deceased] parents. I have to go a little bit to a different world to find these stories. They are few and far between.”

May is quick to credit her collaborators, notably Drew Barrymore in the climactic “Meant for Each Other”-themed prom in “Never Been Kissed,” which features characters styled as Shakespeare’s Rosalind and Orlando, Barbie dolls and Tom Cruise’s Joel from “Risky Business.” May brought all the cosplay ideas to the table. Most memorable to her was Barrymore’s final transformational dress — a sweet pink chiffon number with a low neckline, cut on the bias. “Soft, beautiful and [with] all the layers she always had,” May recalls of the actor. “There she was, almost naked, completely open.”

From Barrymore’s thrift store-inspired, ’50s-esque granny dresses in “The Wedding Singer” to a showstopping power suit worn by Elaine Hendrix’s cool fashion editor in “Romy and Michele,” timeless looks have also been a throughline in May’s career. “A couple of decades later, I still have new fans,” she says, “young [people] inspired by [work] that transcended generations.”

To May, color means emotion. “I paint with color,” she says. “[Alicia Silverstone’s] yellow suit in ‘Clueless’ is like sunshine!” Another favorite: pink, as demonstrated by Lisa Kudrow’s reunion minidress in “Romy and Michele” and the above-mentioned frock from “Never Been Kissed.” She calls the color “beautiful, sophisticated and underused” and offers it perhaps the ultimate testimonial.

“A funny thing my friends say is that I’ll have a pink boa on my grave,” she says. “I don’t mind that.”