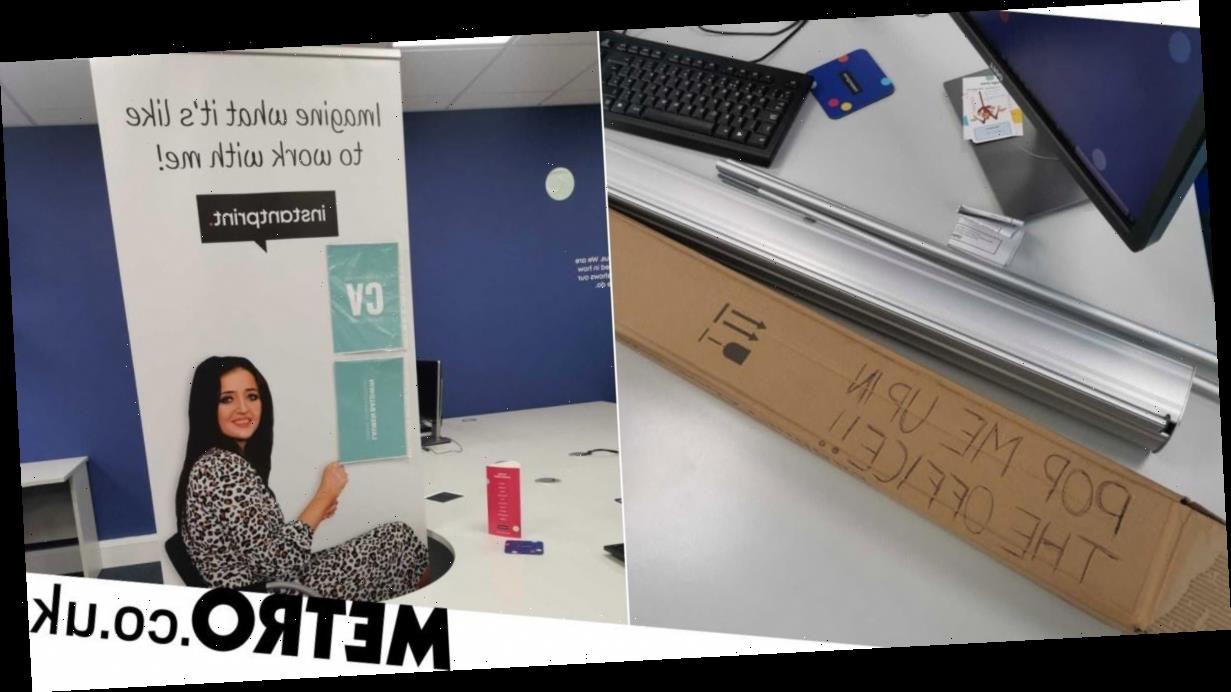 With one of the most competitive job markets around at the moment, how do you stand out?

You could take a leaf out of Adam’s book and buy a massive billboard of yourself?

Or you could show your skills rather than list them endlessly on your CV.

That’s what one candidate applying for a graphic design role did.

Printing business Instant Print UK tweeted that one of the candidates applying for a position with them sent in a cardboard cut-out of herself sitting at her desk.

The creative applicant showed her potential employers what she’d look like sitting across from their desks.

Putting her skills to use, the hopeful applicant wrote: ‘Imagine what it’s like to work with me!’

And now she’s in the running for the job.

Of course, Instant Press UK couldn’t just offer her the position based on the cut-out, so they invited her in for an interview.

Folks at Instant Press UK were impressed and said the tactic was a genius way to make a good first impression.

They wrote on their Twitter page: ‘Such a creative way to stand out. We can’t even roll the banner away because everyone keeps wanting a look.

Twitter users were also impressed by the move and encouraged the brand to give the woman the job.

One person wrote: ‘I hope you hired her on the spot! Brilliant initiative!’ while another said: ‘Give her the job straight away.’

Others did joke that if employed, she might have a cheeky break and replace herself with the cardboard to throw off her bosses.

But Instant Press UK aren’t ones to have the wool pulled over their eyes.

They wrote: ‘If this candidate is lucky enough to be hired, we’ll have to watch out for this happening!’

Do you have a story you want to share?