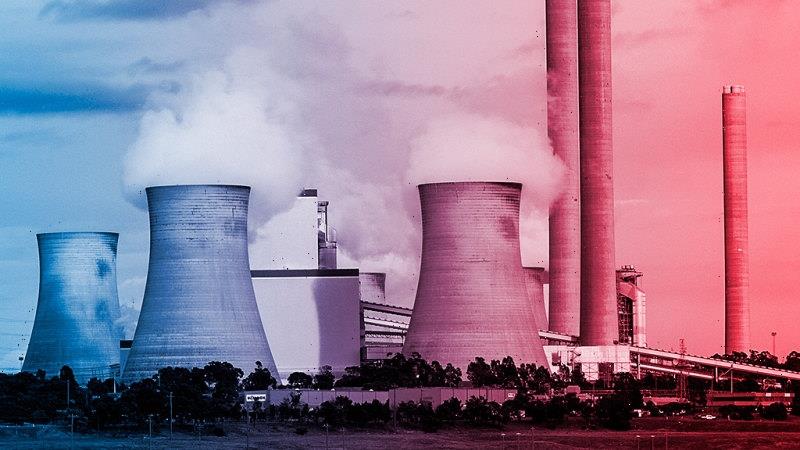 A clear majority of Australians want the federal government to cut greenhouse gas emissions to net zero by 2050, lifting support for the target to 60 per cent as Prime Minister Scott Morrison faces pressure from world leaders to take more action on climate change.

A more ambitious target for 2030 also has slim majority support, with 52 per cent of people saying the federal government should deepen its emission cuts over the next decade, a crucial timeframe for a United Nations climate summit in November. 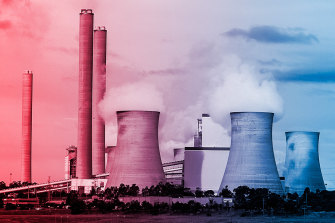 Australians back a net zero emissions target by 2050, according to the Resolve Political Monitor.

But Australians are divided on phasing out coal, with 49 per cent backing calls to close coal-fired power stations within a decade but 44 per cent saying the country should continue to mine and export coal for as long as buyers want it.

The majority support for greater ambition on net zero crosses party lines, with a new survey showing 57 per cent of Coalition voters and 67 per cent of Labor voters want the 2050 target.

Mr Morrison arrived in New York on Tuesday for talks at the United Nations General Assembly, including meetings with United States President Joe Biden and British Prime Minister Boris Johnson, two leaders who want him to do more to cut emissions.

Mr Biden has asked leaders to commit to deeper cuts at the UN climate summit to be held in Glasgow in November, putting pressure on Mr Morrison to go beyond his policy of reducing emissions by 26 to 28 per cent by 2030.

“We have to bring to Glasgow our highest possible ambitions,” Mr Biden said last Friday. “Those that have not yet done so, time is running out.”

Mr Johnson warned on Monday that “too many major economies are lagging too far behind” on climate, using a major speech in New York to say stronger action was not a matter for the “unkempt fringes” but a significant trade and security issue.

“In the years to come, the only great powers will be green powers,” Mr Johnson said.

The exclusive survey, conducted for The Sydney Morning Herald and The Age by research company Resolve Strategic, shows the national support has risen to 60 per cent from 55 per cent in a similar survey in June.

Only 13 per cent of voters oppose net zero by 2050 and they reflect a minority view on both sides of politics, with 14 per cent of Coalition voters and 9 per cent of Labor voters against the goal.

Support for the 2050 target was 52 per cent among Coalition voters in the Resolve survey in June but rose to 57 per cent in the responses last week.

In a sign that the issue could help sway the next federal election, the 2050 target was backed by 56 per cent of voters in marginal electorates.

While Mr Morrison’s stated policy is to reach net zero “preferably” by 2050, he is seeking to navigate new targets through a divided Coalition party room with significant voices who oppose stronger action, including Nationals leader Barnaby Joyce and some conservative Liberals.

National leaders are being asked to make stronger commitments for 2030 targets at the Glasgow summit, but Mr Morrison is yet to reveal his proposal, even though he says Australia is on track to “meet and beat” its formal pledge, made six years ago, to cut emissions by 26 to 28 per cent by that year.

Federal Liberal MPs including Dave Sharma, Katie Allen, Andrew Bragg, Trent Zimmerman and others are calling for deeper cuts by 2030, a stance that has majority support in the community.

Asked if they supported or opposed a higher target for that year, 43 per cent of Coalition voters backed the goal while 64 per cent of Labor voters did the same.

The Resolve survey found 49 per cent of respondents agreed with the statement that “Australia should phase out all its remaining coal-fired power stations by 2030” but another 19 per cent opposed this idea, while 32 per cent were undecided.

Asked about phasing out coal-fired power more slowly than this, only 35 per cent backed the longer transition and 27 per cent opposed it, while 38 per cent were undecided.

Greens leader Adam Bandt has called for an end to Australian coal exports by 2030 but this did not gain majority support in the Resolve survey, with 40 per cent in favour and 25 per cent against and the remainder undecided.

‘In the years to come, the only great powers will be green powers.’

On this question, again, people expressed less support for a slower transition. Only 33 per cent agreed with phasing out exports more slowly than the 2030 deadline, while 27 per cent were against and 39 per cent were undecided.

The survey found stronger support for a statement that put no timeframe on the change, saying: “Australia should keep mining and exporting coal while there is international demand.”

On this, 44 per cent agreed and 23 per cent disagreed, with 33 per cent undecided.

Labor leader Anthony Albanese has supported the case to continue coal exports and Mr Morrison has done the same, although he has acknowledged demand will change over time.

“We will keep mining the resources that we’re able to sell on the world market,” the Prime Minister said on September 9.

Asked about the use of nuclear power in Australia, 16 per cent said they actively supported it and 35 per cent said it was acceptable. Another 29 per cent were opposed and 20 per cent undecided.

The polling period, including the question about nuclear power, coincided with Mr Morrison’s announcement about building nuclear-powered submarines in Australia. Some respondents were asked questions before that announcement on Thursday morning and some were asked in the days afterwards.

The Resolve Political Monitor surveyed 1606 people during the period from September 15 to 19 to produce findings with a margin of error of 2.5 per cent. Read the full questions and see the full results on climate, coal and nuclear here.