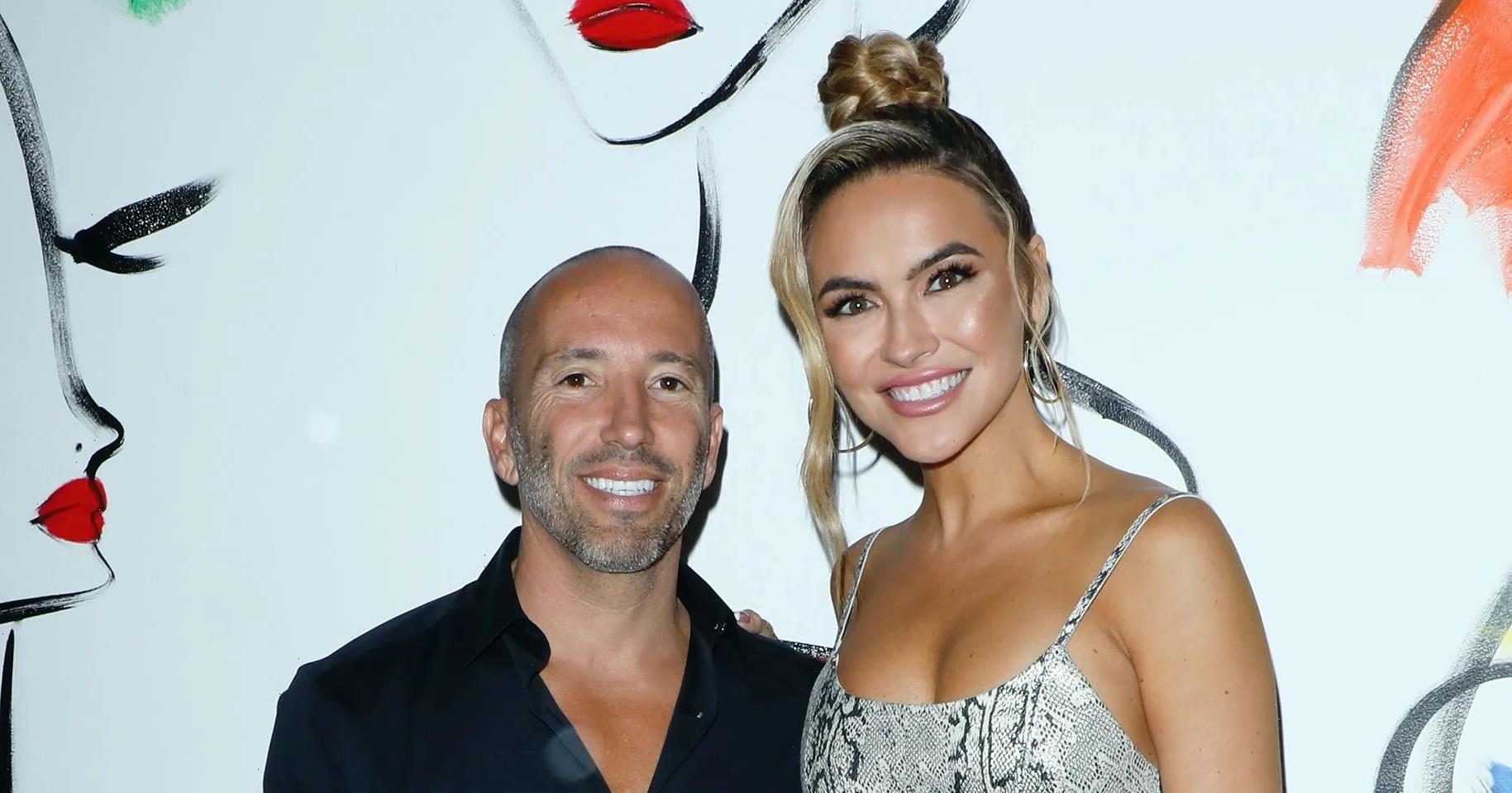 Ahead of Chrishell Stause and Jason Oppenheim‘s split, the Selling Sunset stars were considering parenthood — and they even had a baby name picked out.

“I know I want to be a mom. We even came up with a name for our fictitious child. Her name is Maverick,” Chrishell, 40, revealed to Jason’s mother during season 5 of the hit Netflix series, which dropped on Friday, April 22.

The soap opera star noted that there have been lots of discussions about expanding their family in the future. Jason, 45, for his part, pointed out that he was still adjusting to the possibility. “Let’s put it this way, ever since I was an adult, 18, until now, not something that I have seriously considered. And part of that is finding someone who you would trust as a mother too,” he shared. “But I would say I am considering it more seriously than I ever have before.”

While season 5 of Selling Sunset started out with Chrishell and Jason’s blossoming romance, the pair ended their relationship off screen in the finale.

The former real estate couple originally made headlines when they went public with their relationship while filming the reality series in July 2021. At the time, Chrishell shared a cute Instagram photo of the twosome packing on the PDA during a European getaway with their coworkers. 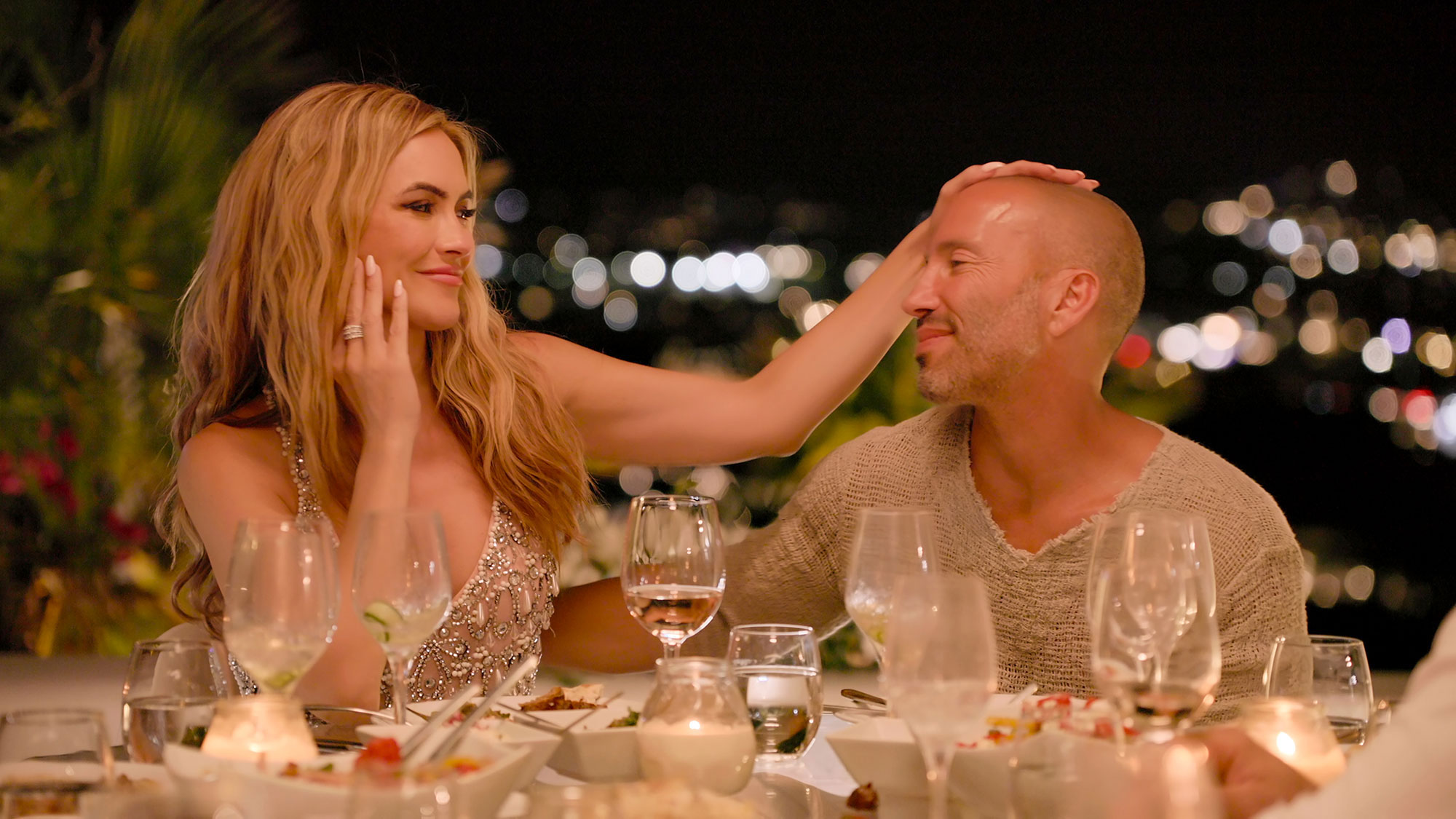 After season 4 of Selling Sunset dropped late last year, the Kentucky native gushed about her “open and honest” connection with Jason. “There’s no conversation that we haven’t had at this point,” she told Today in November 2021, adding that they already had a “very open” discussion about having children. “I don’t know what we’re gonna do, but you know, it’s just one of those things that I’m very open with where I’m at in life and I think that’s the key.”

One month later, Us Weekly confirmed that Chrishell and Jason decided to go their separate ways. That same day, the broker addressed how having “different wants regarding a family” was the reason for the split.

Selling Sunset’s Chrishell and Jason’s Quotes About Their Relationship

“While Chrishell and I are no longer together, we remain best friends we will always love and support one another. She was the most amazing girlfriend I’ve ever had, and it was the happiest and most fulfilling relationship of my life,” he wrote via his Instagram Story in December 2021. “Chrishell is an exceptional human being and loving her and having her in my life is one of the best things that has ever happened to me.”

Chrishell, for her part, thanked her ex-boyfriend for being “consistently” honest with her even “when it hurts.”

“I have tried to embrace the world I have found myself in and that includes being open and honest about my relationships. It felt scary and terrifying knowing that it may not end in what society deems a success and what I am ultimately looking for. But after many long heartfelt talks, I am choosing to see it as a success no matter what label is attached to it publicly,” she wrote via Instagram at the time. “Jason was and is my best friend, and other than our ideas for family ultimately not being aligned, the amount of respect and love we have for each other will not change going forward.”

Everything Chrishell Stause Said About Having Kids Before Jason Oppenheim Split

The actress noted that “men have the luxury of time that women don’t” when it came to planning their futures.

“All of that being said, navigating this public terrain is difficult and I am just trying my best. No one would rather only speak about work related things more than me. But I understand this comes with it and I will always love and be extremely grateful for opportunities I have been given,” she concluded. “Although my initial reaction to a private situation was to not speak on it, sometimes it’s easier to just live transparently because we only get one chance at this life. I very much hope to one day have a family and decisions I make at this point are with that goal in mind. Thank you for the kindness and support to those that understand.”

Season 5 of Selling Sunset is currently streaming on Netflix.