Chris Noth’s ex-girlfriend Beverly Johnson once filed to get a restraining order against the actor, claiming he “punched [her] in the chest and ribs” and allegedly made repeated threats to “kill” her.

Court documents obtained by Page Six reveal that Johnson — who dated the embattled actor from 1990 to 1995 — filed for the temporary restraining order in Los Angeles Superior Court on Aug. 1, 1995, requesting Noth stay 500 yards away from her, her daughter and their dog.

“Chris Noth punched me in the chest and ribs, injuring my ribs, making it difficult to breathe, punching and bruising my face and body in which I had to have medical attention,” the model alleged in the docs. “On July 27, 1995, he made repeated threats on my life making up to 25 calls per day threatening to kill me [and] destroy my face. Threatened to kill dog.”

Johnson, now 69, also asked the judge to order Noth — who was recently accused of sexual assault by three women — to “make no calls to others with threats against me. Restraining from slandering my character + good name.” 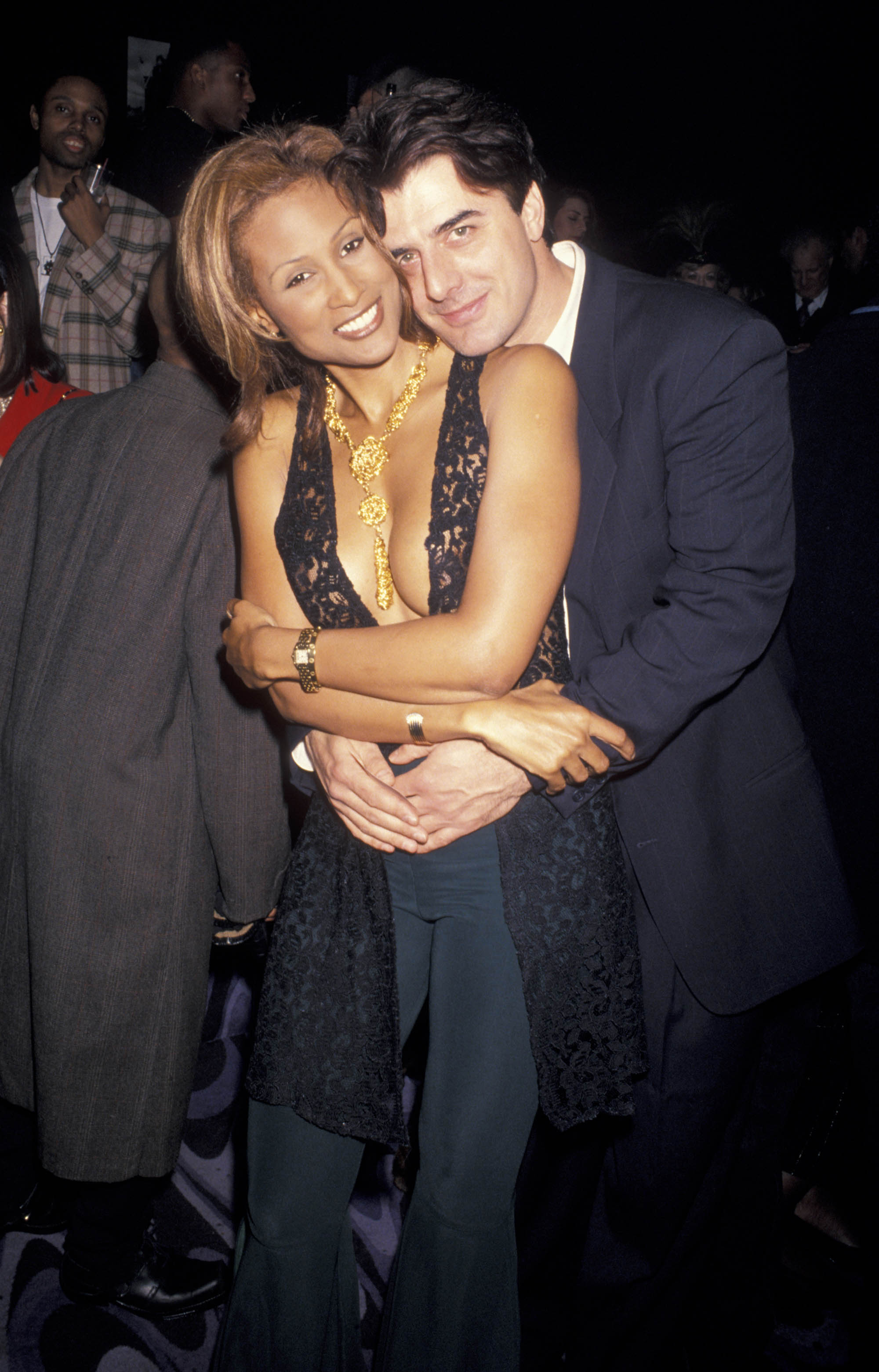 Both Noth and Johnson agreed not to “contact, molest, attack, strike, threaten, sexually assault, batter, telephone or disturb the peace of the other.” They also agreed to stay at least 500 yards from each other and any family members from the residence of the other party or place of employment. They also stipulated that neither of them would make any derogatory statements about the other.

The docs did not include an expiration date for the permanent restraining order — which in California usually lasts three to five years — but the court docket states the case was closed on May 26, 2017.

Reps for Noth and Johnson did not immediately return Page Six’s request for comment.

A 1995 newspaper clipping with Johnson’s claims resurfaced Friday amid the multiple allegations of sexual assault made against Noth last week.

The article, which appeared in the National Enquirer, was posted on the Instagram account Diet Prada after the Hollywood Reporter released a bombshell exposé Thursday accusing the “Sex and the City” actor of assaulting two women — one in 2004 and the other in 2015. 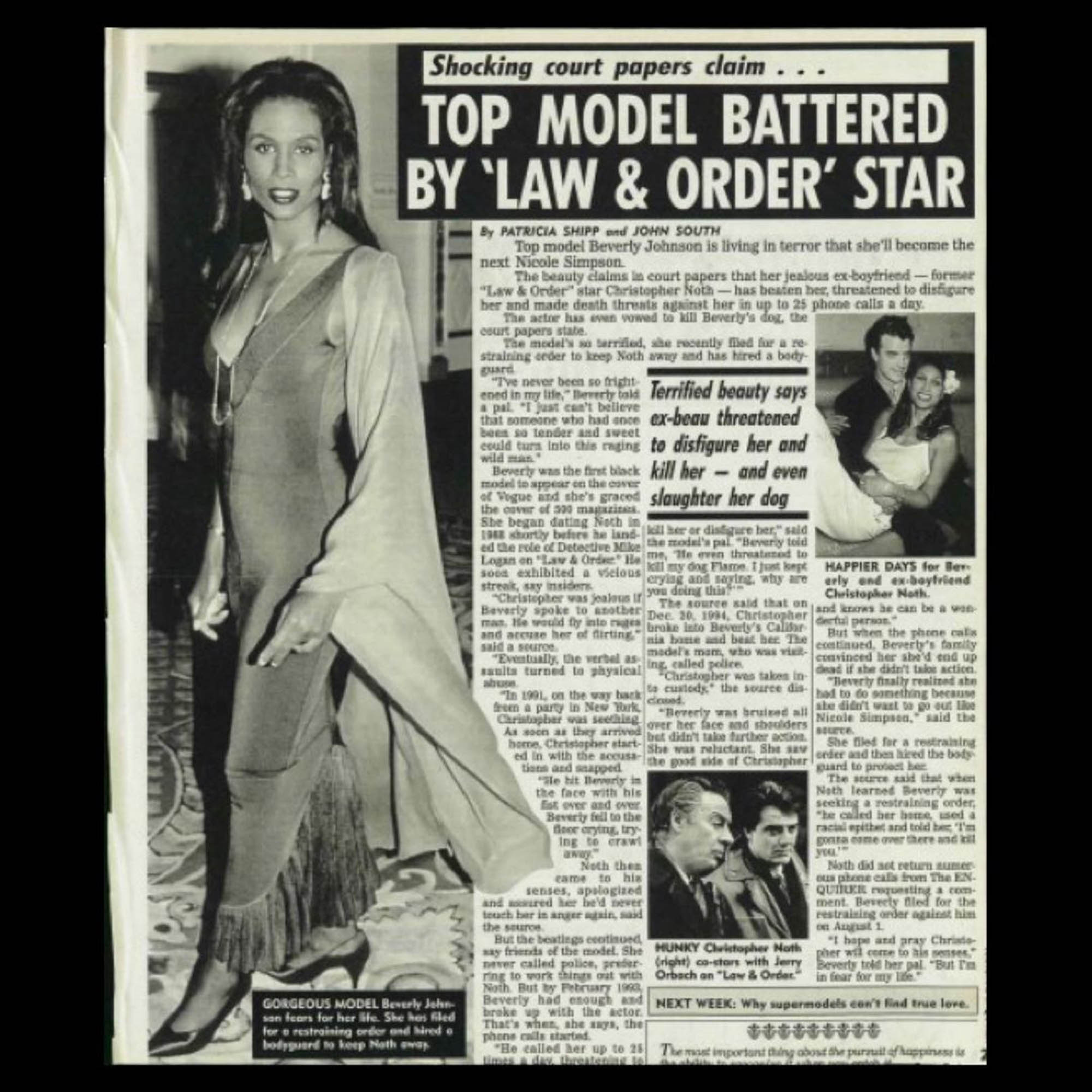 The publication claimed that Johnson told a friend, “I’ve never been so frightened in my life. I just can’t believe that someone who had once been so tender and sweet could turn into this raging wild man.”

Noth did not respond to the report at the time, but has “categorically” denied the new allegations against him.

“The accusations against me made by individuals I met years, even decades, ago are categorically false,” he told Page Six in a statement last week.

“These stories could’ve been from 30 years ago or 30 days ago — no always means no — that is a line I did not cross. It’s difficult not to question the timing of these stories coming out. I don’t know for certain why they are surfacing now, but I do know this: I did not assault these women.”

The allegations came to light amid Noth’s return to the role of “Mr. Big” in HBO’s much-awaited “Sex and the City” spin-off. 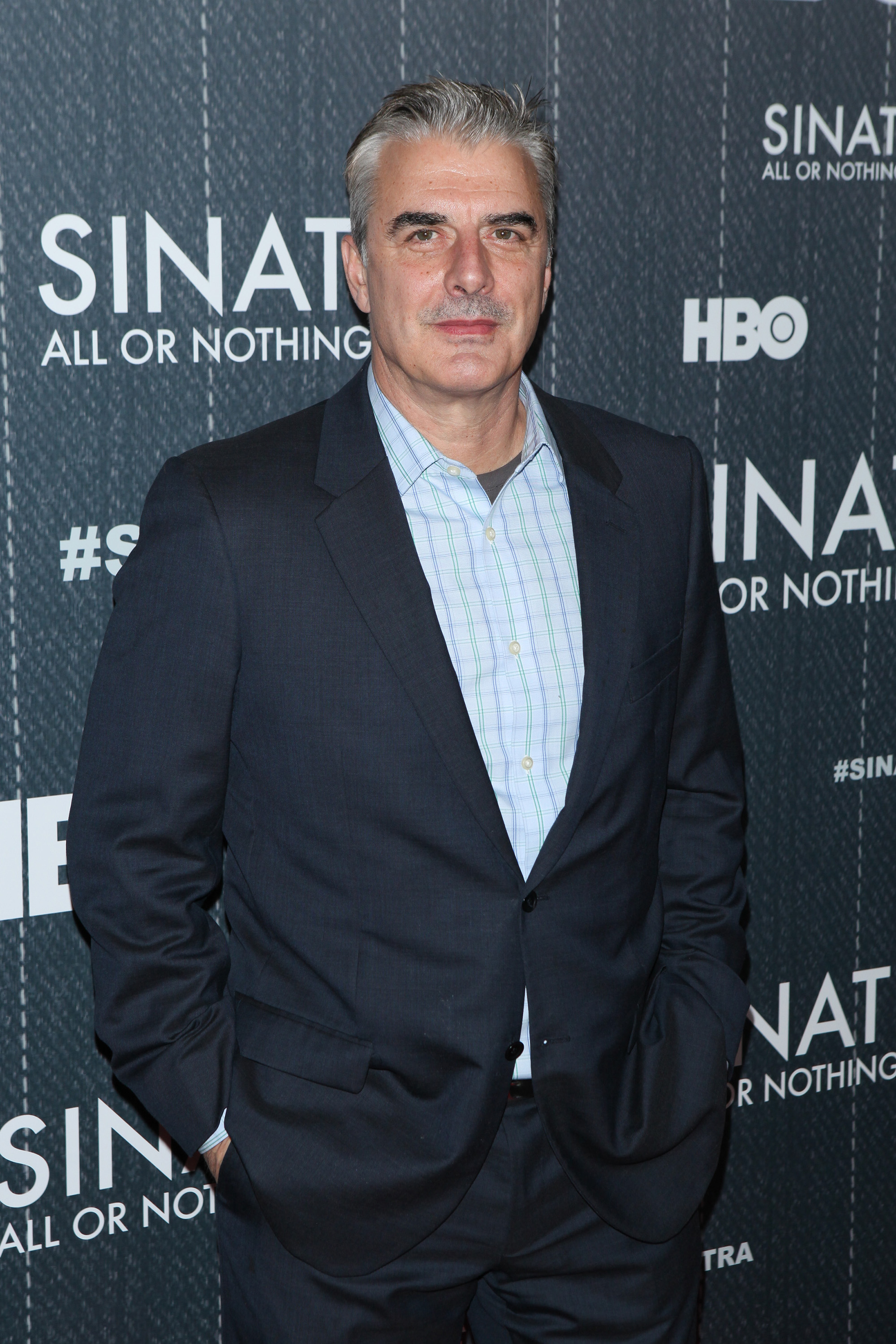 His character was killed off in the first episode of “And Just Like That…” after completing a Peloton workout. He later appeared in a viral ad for the exercise company, but Peloton has pulled the commercial in the wake of the allegations.

The first woman, who identified under the pseudonym “Zoe,” described her alleged encounter with Noth as “painful” and that she yelled “stop.” When it was over, she allegedly said, “I realized there was blood on my shirt.”

Another woman, speaking under the pseudonym “Lily,” claimed to THR that Noth assaulted her while he was married to wife Tara Wilson. She claimed she was “crying” while he had sex with her and felt “totally violated.” 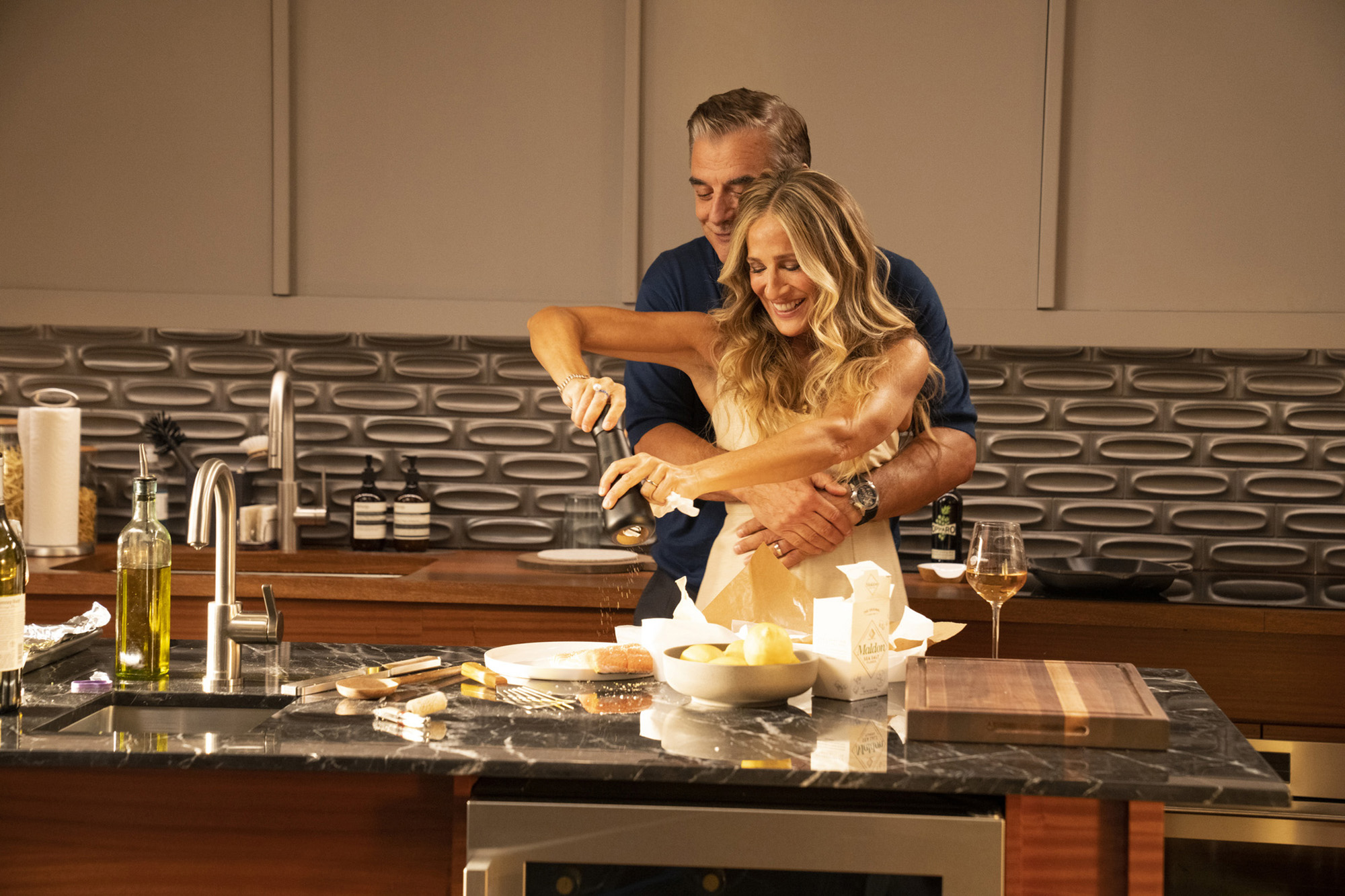 A third woman, identified by the pseudonym “Ava,” told the Daily Beast on Friday that Noth allegedly forced himself on her in a Midtown restaurant in 2010 when she was 18 years old.

In response to the third accusation, Noth’s rep told Page Six: ”The alleged accounts detailed throughout read like a piece of bad fiction. Chris has no knowledge of who this individual is and, as stated yesterday, has and would never cross that line.”

Actress Zoe Lister-Jones also spoke out last week, accusing Noth of acting “sexually inappropriate” at one of the New York City nightclubs he partially owned or invested in.

The 39-year-old said that “on the few occasions” Noth showed up at the venue, “He was consistently sexually inappropriate with a fellow female promoter.” She also alleged Noth drank through a scene they shared during her guest spot on “Law & Order: Criminal Intent” and that the actor “got close to me, sniffed my neck and whispered, ‘You smell good’” during a take.

Noth has not addressed Lister-Jones’ allegations.

In 2014, Johnson — who, in 1974, became the first African American model to appear on the cover of Vogue — was one of the many women who made allegations against Bill Cosby. She claimed the comedian drugged her in his New York home in the 1980s.

Cosby was convicted of sexual assaulting Andrea Constand in 2004 during a 2018 trial and sentenced to three to 10 years in prison. However, he was released after two years when Pennsylvania’s highest court overturned the conviction.