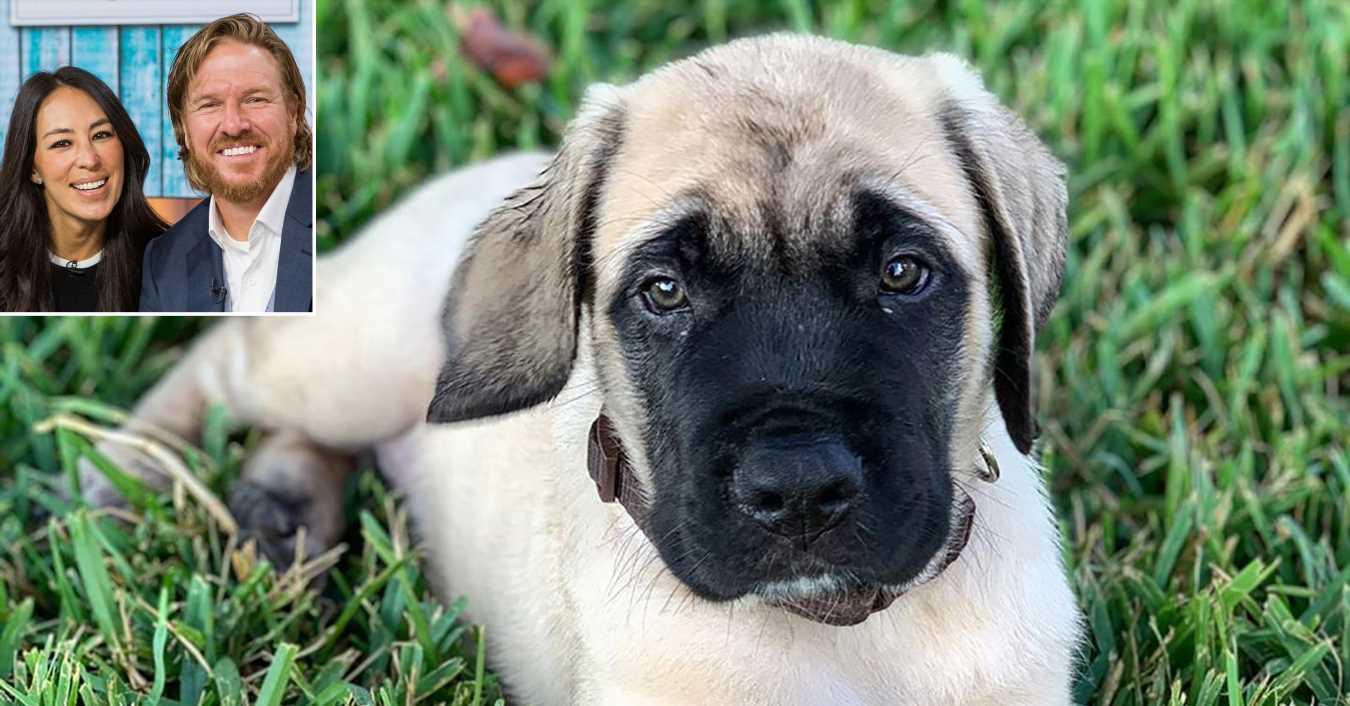 The Gaines family keeps on growing!

On Friday, Joanna Gaines announced on Instagram that her husband Chip decided to surprise her by adding another furry friend to their family.

Along with some sweet photos of their new English Mastiff pup, Joanna, 41, revealed that the Fixer Upper couple now had more fur babies under their roof than human babies.

“Chip told me he hadn’t surprised us in a while with a new animal and that it was long overdue,” she captioned a shot of her youngest child, Crew, 13 months, standing beside the pooch. “We now have more dogs than children 😂 #englishmastiff”

The HGTV star also shared an adorable snap of her puppy staring into the camera with his brown eyes, as well as a video of her son chasing his shadow on the pavement while the pooch sweetly followed.

The same clip was shared to Joanna’s Instagram Stories, with the caption “Chasing Shadows”

Chip, 44, meanwhile, has yet to post about his newest furry friend, whose name has not yet been revealed.

The adorable addition joins the family’s menagerie, which includes six dogs — many of which were also previously a surprise to Joanna — a handful of cats, cows, horses, chickens, and goats.

The HGTV couple last brought home a new pet in April last year, ahead of Crew’s arrival. At the time, the mom of five revealed on her Joanna’s At Home blog that Chip had surprised her and their children by getting a new puppy and kitten.

“Chip continues to increase our pet population. He recently surprised us all with a new kitten AND a new puppy. Oh, sweet Chip…,” Joanna wrote in the post on Magnolia.com, alongside a photo of their new dog named Brindley.

Like their newest pooch, Brindley was also an English Mastiff.

Months earlier, in Dec. 2017, Joanna received another surprise gift — this one, just in time for Christmas.

In the Instagram post, the mom of five joked that she left town for one night and came home to a new kitten from her husband.

“I go out of town for one night… @chipgaines #welcometothefarmkitty,” Joanna wrote alongside a photo of their new, teeny-tiny kitten underneath the family’s Waco, Texas, Christmas tree.

In addition to caring for their many animals, Chip and Joanna also have their hands full raising their five kids — Drake, 14, Ella Rose, 12, Duke, 10, Emmie Kay, 9 and Crew — and running a lifestyle empire that includes a home building company, real estate agency, product lines, their Waco shopping destination, and a forthcoming TV network.

But despite having a lot on her plate, Joanna recently said in a personal essay she penned for the Fall 2019 issue of her and husband Chip’s magazine, Magnolia Journal, that she wouldn’t have it any other way.

“I decided that balance is way too meticulous a science to get just right in my daily life, and that it wasn’t something I was very interested in for myself,” she said. “In its place, I sought wholeness for my family and for my work.”

“I’ve found that something miraculous happens when I make space for both: Each is made better by the other,” she added. “My work is undoubtedly more inspired when my kids can be a part of it, and I’m a better mom when my passion for creativity plays a role in how I parent.”