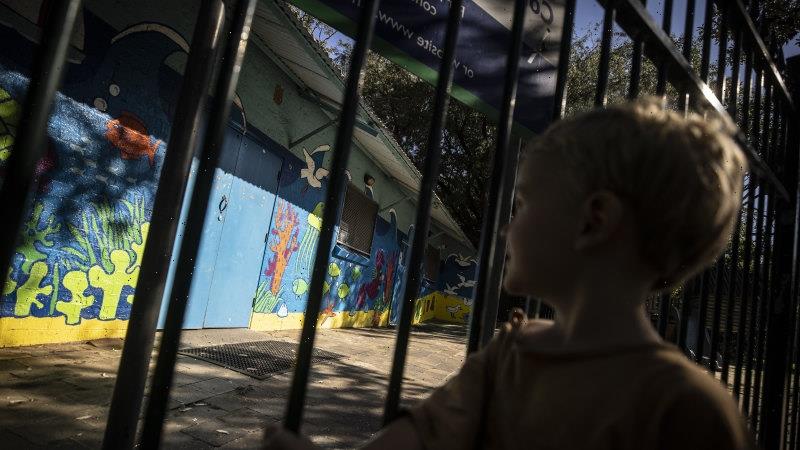 Parents who keep their children at home during the lockdowns in greater Sydney will not be slugged for childcare they are not using.

The federal government has agreed to allow childcare centres not to charge families gap fees from Monday while still receiving taxpayer subsidies when children are absent. 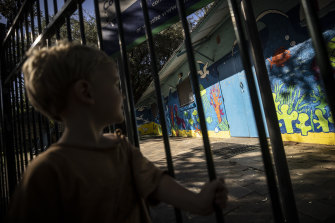 Childcare centres in locked down areas of greater Sydney will be allowed to waive gap fees for families who aren’t using the services from Monday.Credit:Brook Mitchell

This means families can keep their children enrolled but not have to pay for care they are not using during the lockdown, which was extended on Wednesday until at least the end of July.

The changes are expected to help about 216,000 families across 3600 centres in the locked down areas of greater Sydney, the Blue Mountains, Central Coast, Wollongong and Shellharbour.

Prime Minister Scott Morrison said it would allow families to remain attached to their childcare centre until life and work returned to normal, while giving providers a stable and certain source of revenue.

Education Minister Alan Tudge said previous lockdowns showed “that even when childcare remains open there is an understandably strong preference to keep children at home”.

“We are easing some of the pressure on families and encouraging them to keep their children enrolled guaranteeing the continued flow of childcare subsidy to service providers,” Mr Tudge said.

“Importantly, this means providers can keep their staff employed so business can continue as usual when the stay at home orders end.”

Without the sign off from Mr Tudge, providers had to charge parents a gap fee in order to receive the childcare subsidy that covers between 85 per cent and 20 per cent of their fees. The only exception was if authorities closed down a centre because of COVID-19.

Early childhood advocates say they have been hearing from large numbers of parents in recent days who were confused about what they should do.

Childcare remains open and there has not been clear guidance from the NSW government over who is an essential worker and whether children of other workers should go to their usual care or not.

“Families are juggling this idea of we’re meant to be staying at home so, therefore, should we be keeping our children home too. The lack of clarity is the real problem for parents and educators,” The Parenthood’s executive director Georgie Dent said, before the federal government’s decision.

Opposition childcare spokeswoman Amanda Rishworth has called for the fee waiver over the past fortnight, saying Sydney families were being left out of pocket for services they could not access.

The problem had been an ongoing issue for families throughout the pandemic, she said.

“This situation would have been avoided if the Morrison government had not stubbornly rejected Labor’s recent amendment in the Parliament, which would have made the waiving of gap fees automatic for areas under stay at home orders,” she said.

Childcare centres and their employees can also receive the individual and business support payments announced earlier this week.