Caroline Stanbury slams frenemy Chanel Ayan for wearing a “wedding dress” to her engagement party on Wednesday’s episode of “The Real Housewives of Dubai.”

But the latter Bravolebrity says she was simply following instructions.

“I did understand the assignment. I was told, ‘Wear white.’ I did f—king wear white,” the model, 44, tells Page Six Style in an exclusive interview.

“My intention was to look good and to feel good and be fabulous and be sexy and be stunning. All of that!”

She adds, “You know if I’m going to show up at any party, I’m always overdressed and I always look good. It’s not my problem if you’re coming underdressed.”

In a preview for “RHODubai,” Stanbury, 46, becomes irate after spotting Ayan’s lacy Amato Couture bodysuit and dramatic cape at her desert celebration with now-husband Sergio Carrallo. 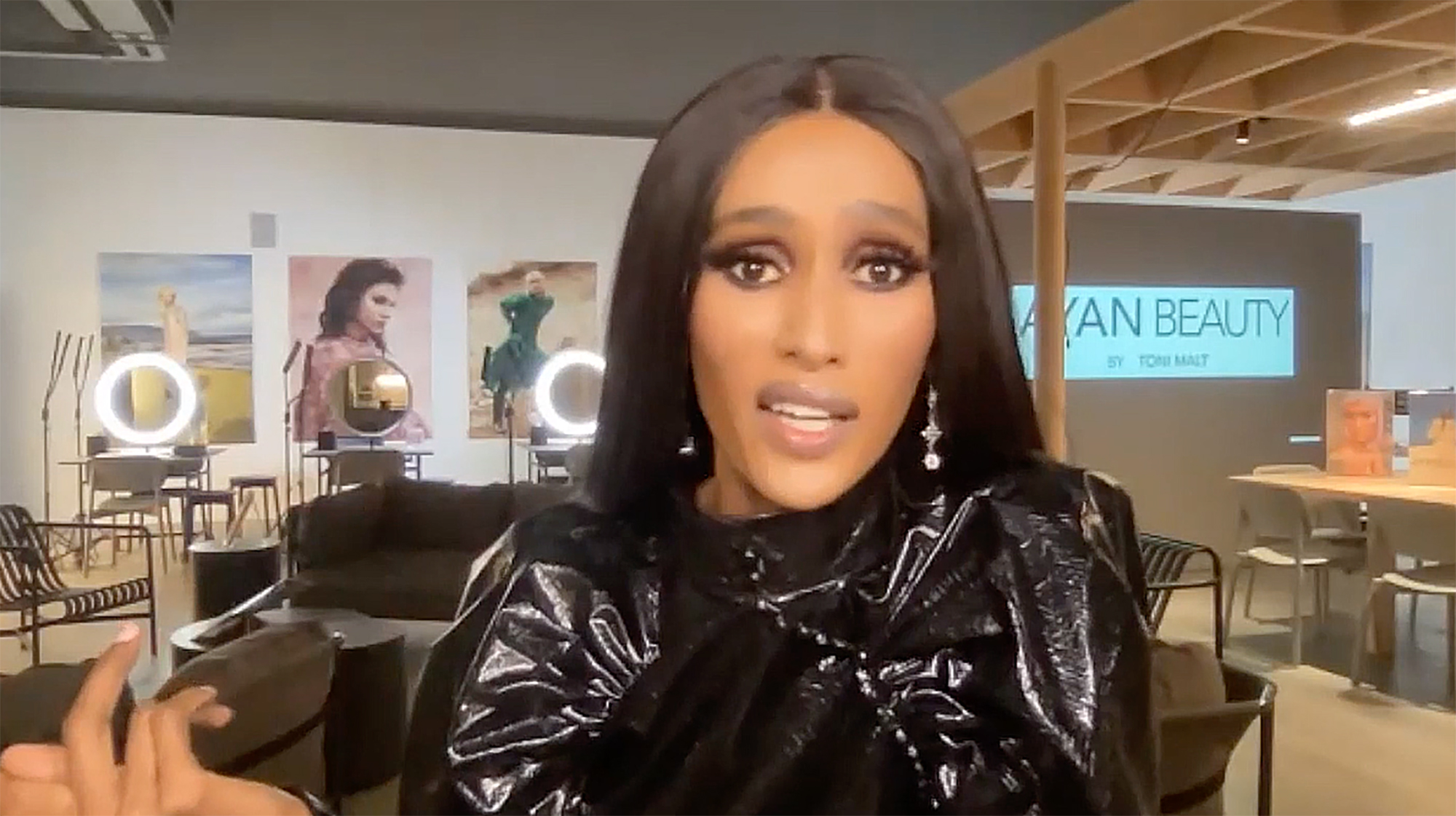 “Chanel is in a wedding gown,” Stanbury says from her car, to which Carrallo, 27, huffs, “Are you f—king kidding me now?”

The “Ladies of London” alum goes on to accuse Ayan of wearing a “f—king veil” on her head, although it seems Stanbury confused the Ayan Beauty founder’s long platinum hair for a headdress.

“That has to be the the biggest slap in the face any guest can do to a bride,” Stanbury says in a confessional. “Anybody else with any ounce of etiquette would understand that you don’t go to a woman’s wedding in a wedding dress.” 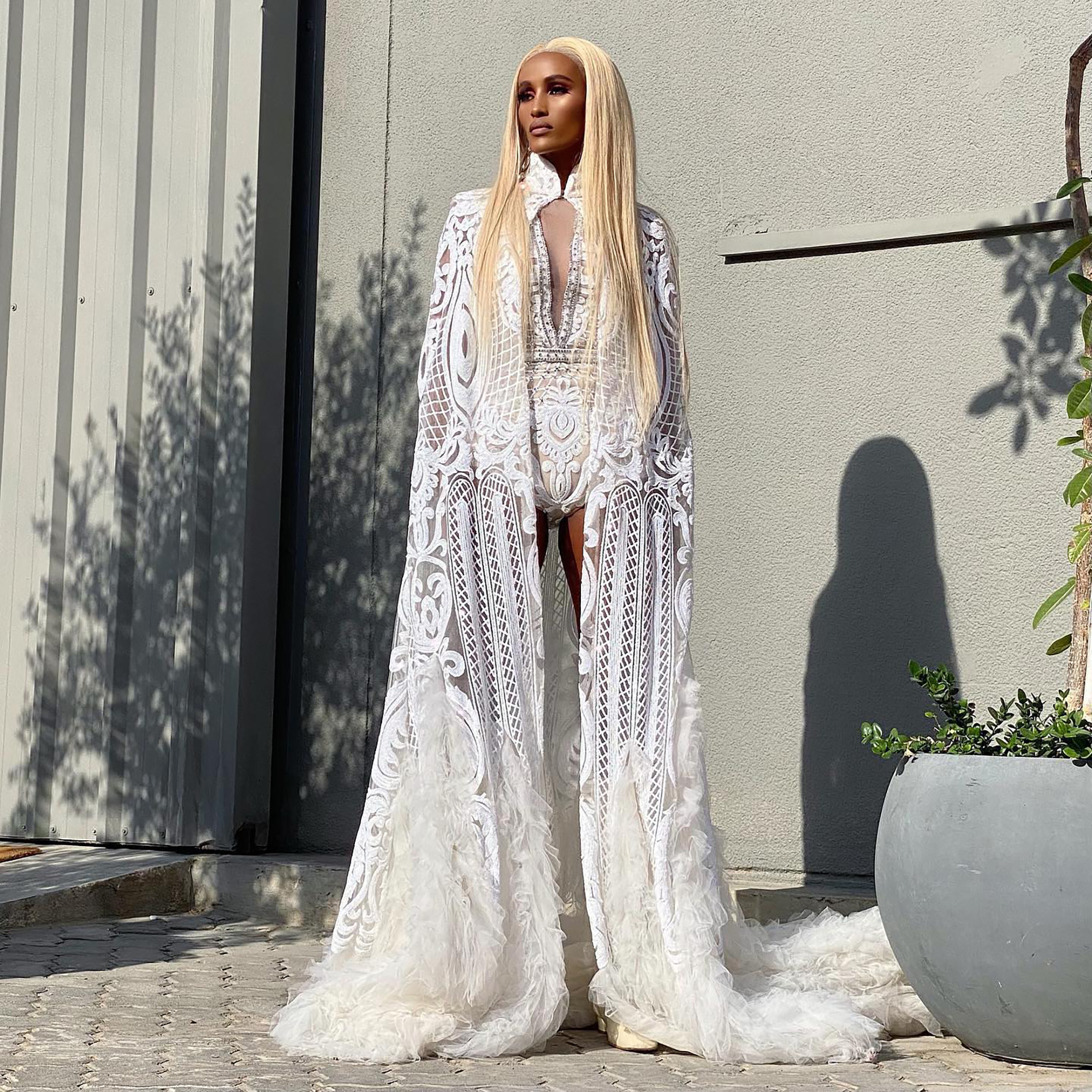 At the event, Stanbury bluntly calls Ayan “the rudest wedding guest ever” to her face — even if it was her engagement party, not her wedding, and the invitation called for all-white attire.

In her own confessional, the catwalk queen reacts to Stanbury’s assertion that she purposefully upstaged the bride.

“First of all, Caroline, I’m a black, gorgeous woman. We do not look alike whatsoever. And I wore couture from Amato. She definitely wore Shein,” Ayan says shadily, referencing the popular fast fashion brand. 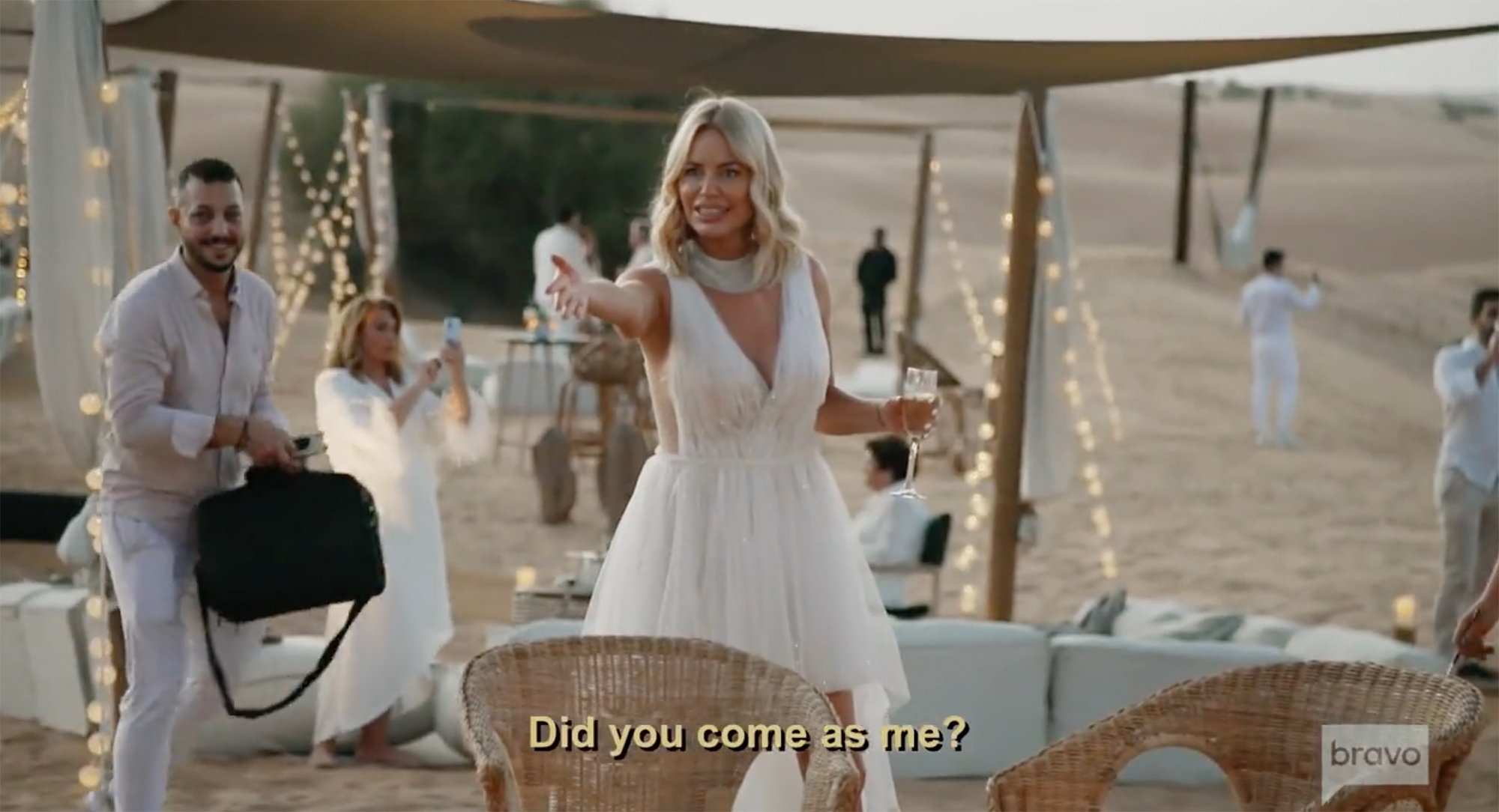 The fashionista has certainly upped the style ante on “RHODubai,” arriving to even the most casual events in elaborate designer frocks.

Ayan — who has delighted viewers with her love of feathers, ruffles and ever-changing hairstyles — tells Page Six Style that she did not plan out her distinctly glamorous wardrobe for her first season. 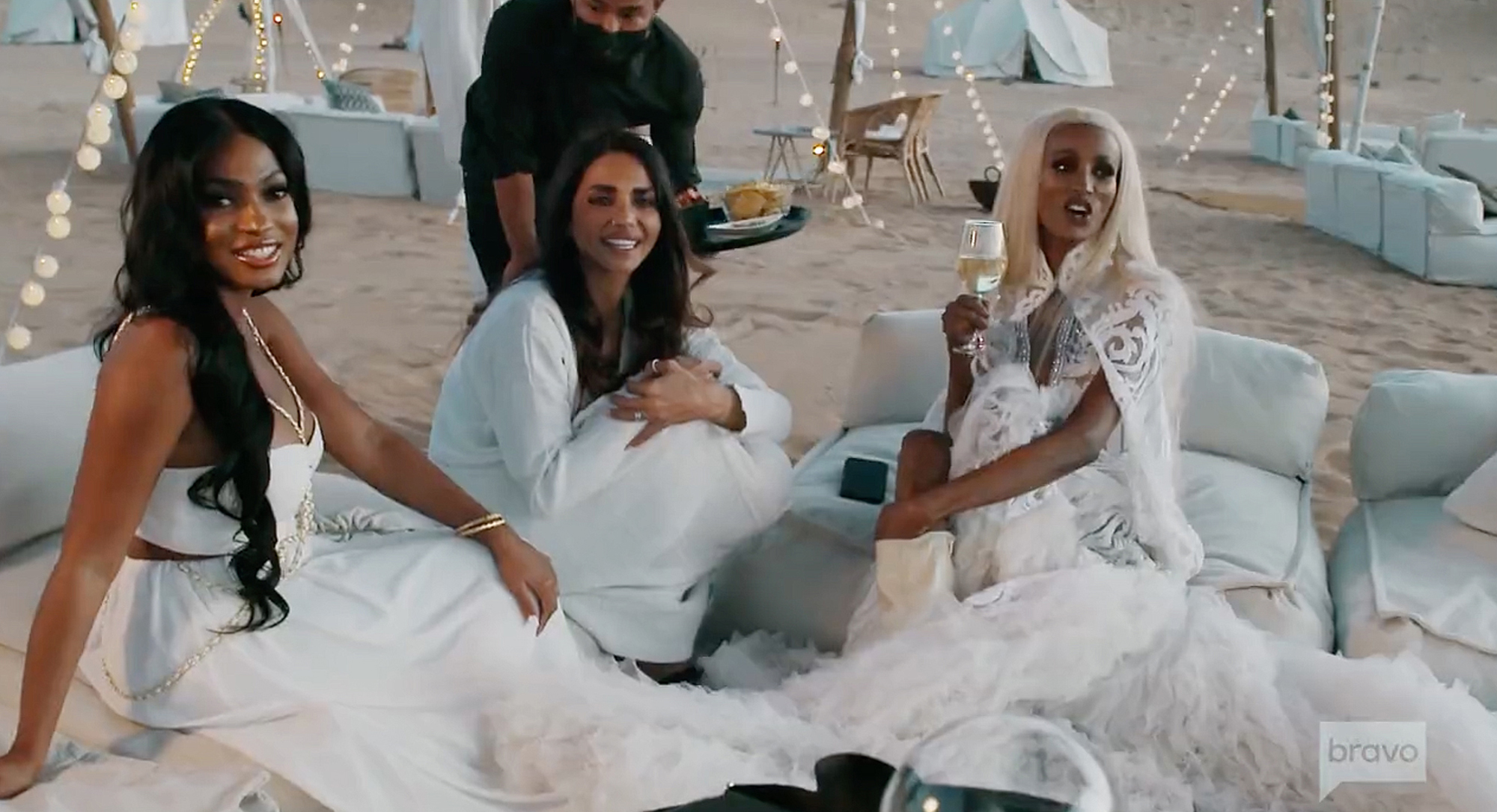 “I think my face is beautiful. That’s all that matters, right? I’m going to look good in plastic dresses, plastic whatever, so I really didn’t think about style.”

However, when word got out in Dubai that Ayan had been cast, her designer friends clamored to get their clothes featured on the reality show.

“When it went around, because I know a lot of designers … they pay me to wear their clothes, they pay me to do stuff, I just started wearing them,” she explains. “And I have a lot of love for Filipino designers because a lot of the designers I wore are Filipinos and local Emiratis that I’ve walked and modeled for for many years.”

Ayan — who appears on this week’s episode of Page Six’s “Virtual Reali-tea” podcast — plans to make bolder sartorial choices once Season 2 rolls around. 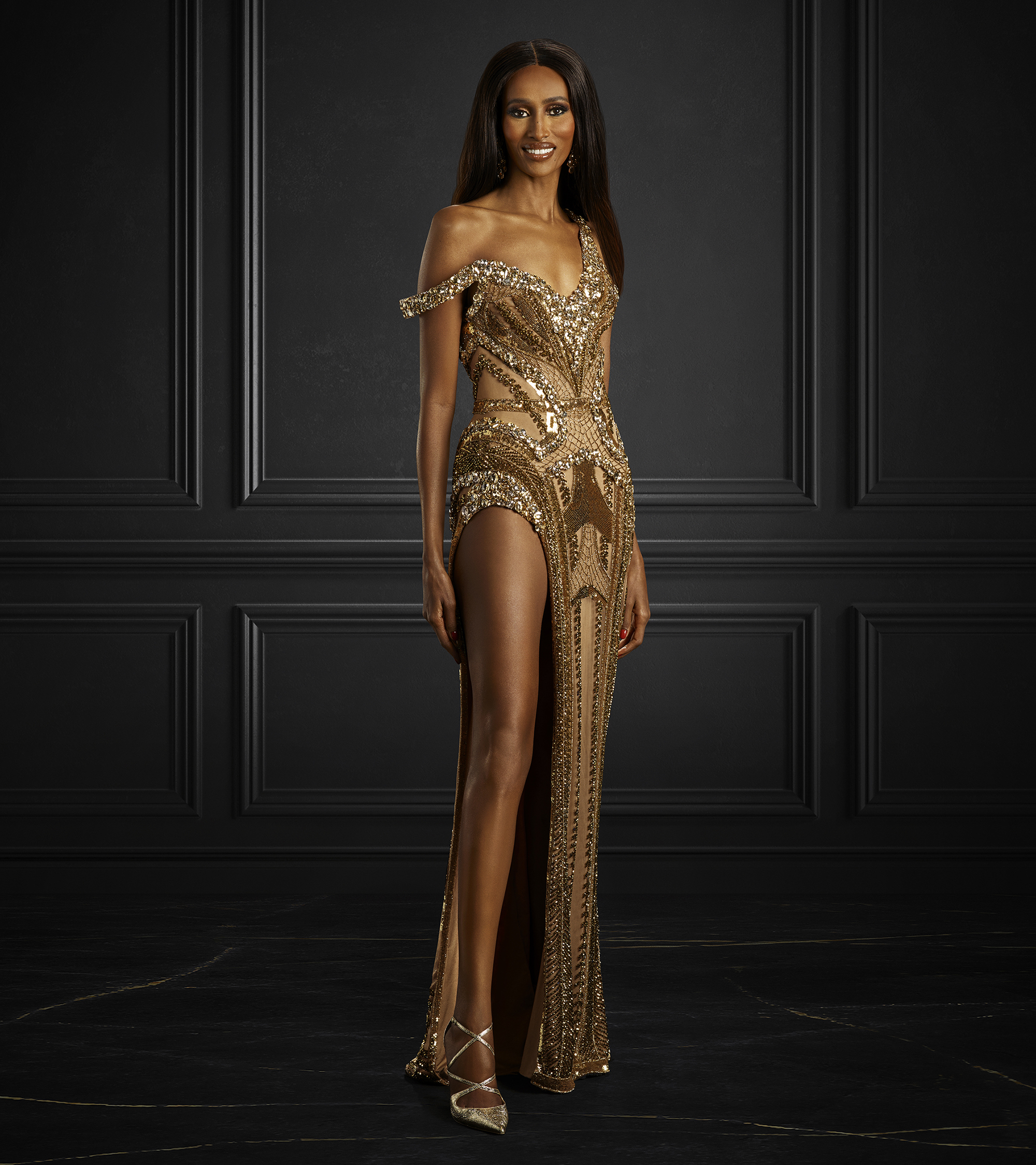 “Now that I know people like my fashion, f—king next season is going to be amazing,” she says, “if I’m ever asked to come back!”

“The Real Housewives of Dubai” airs Wednesdays at 9 p.m. ET on Bravo.