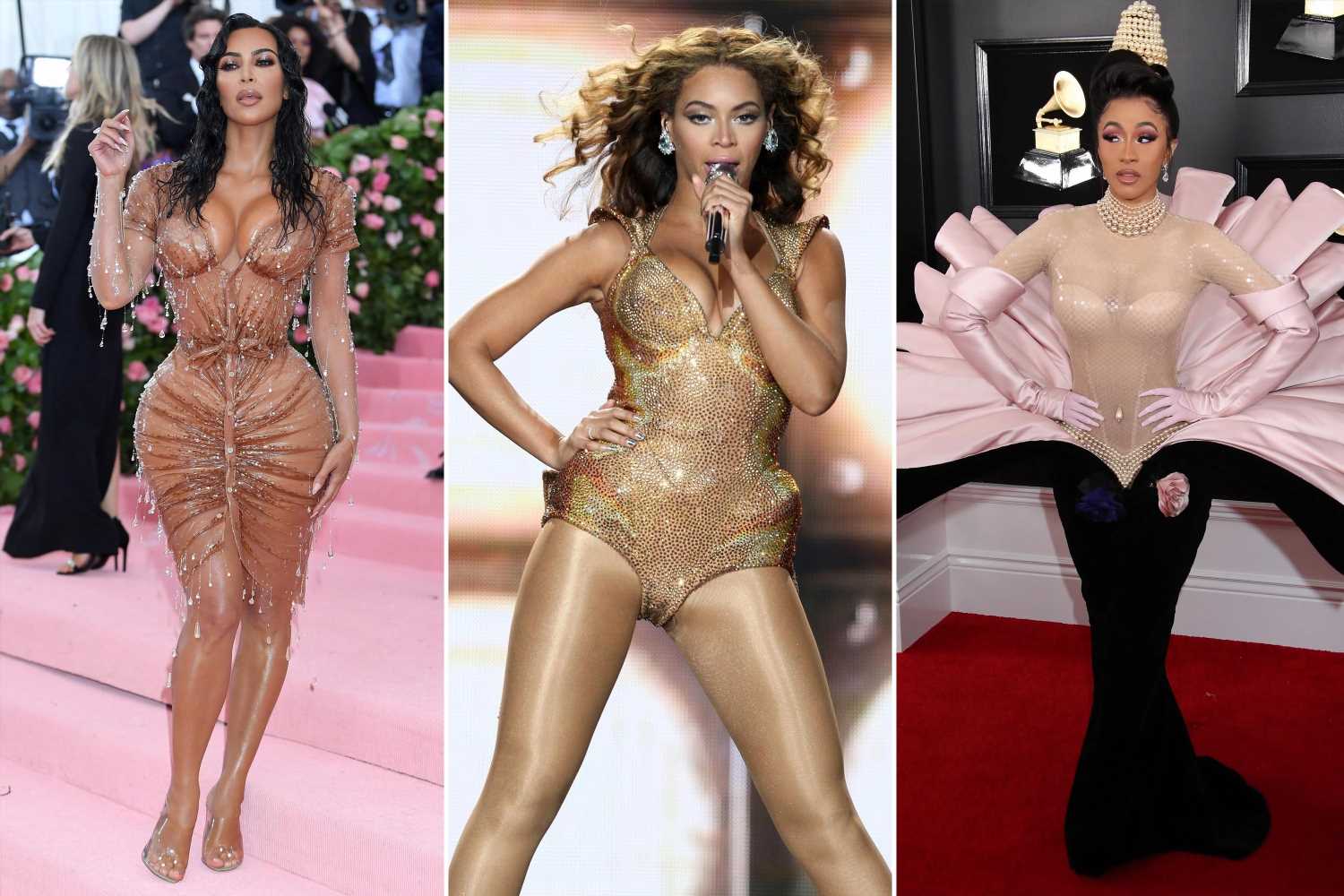 The best red carpet looks from ‘The Matrix Resurrections’ premiere

Carrie-Anne Moss pays tribute to ‘The Matrix’ with premiere gown

Iconic designer Thierry Mugler, known for his fantastical fashion creations that pushed the boundaries of couture and exemplified sex appeal, died on Sunday at the age of 73.

A longtime celebrity favorite, the French creative launched his label in the early 1970s and dressed stars and supermodels including David Bowie, Ivana Trump, Grace Jones and Carla Bruni early in his career.

And while Mugler may have stepped away from his namesake fashion house in 2002, that didn’t stop A-listers from raiding his archives; Cardi B, Lady Gaga and Kim Kardashian are all major fans of vintage Mugler. 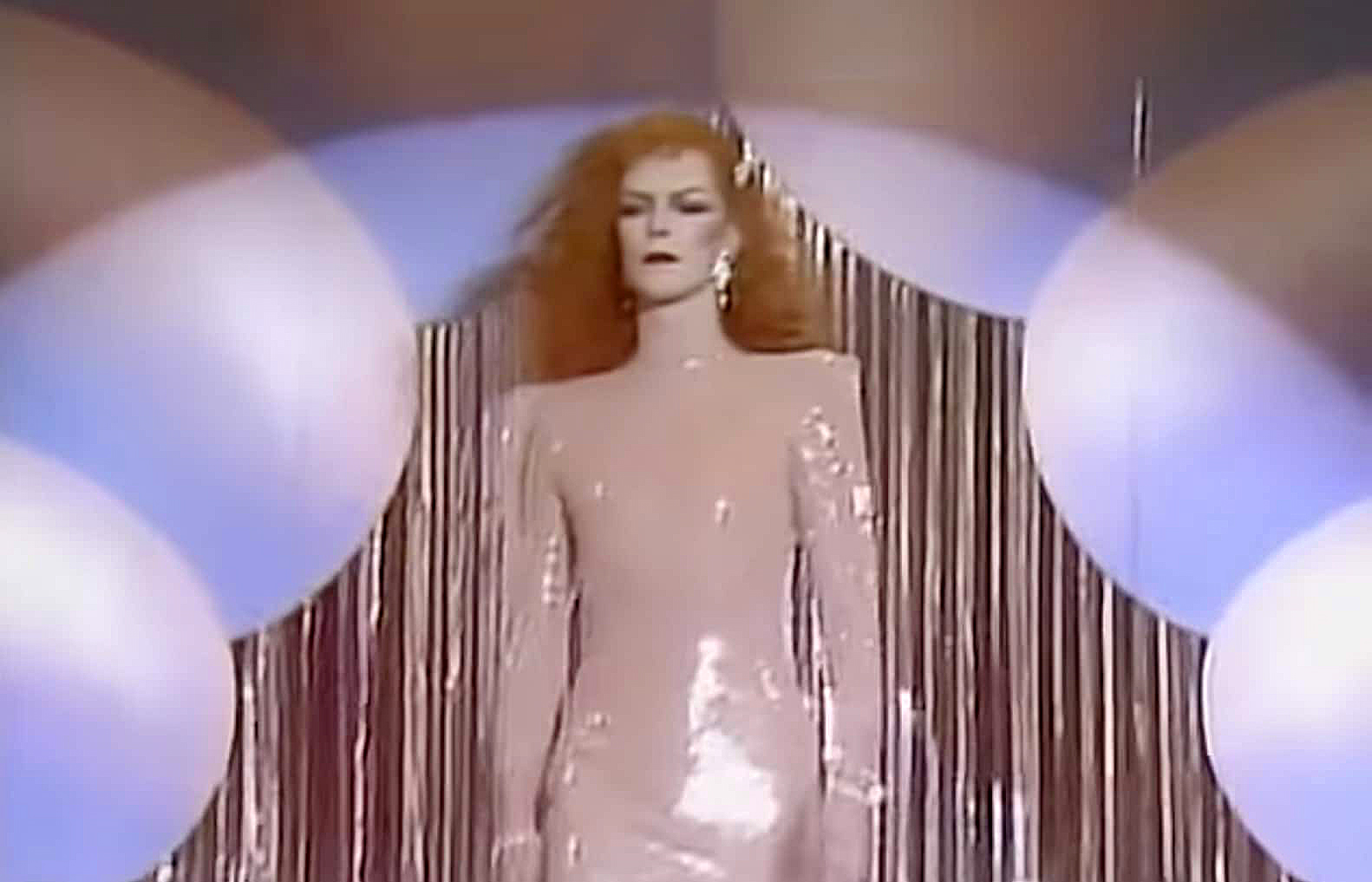 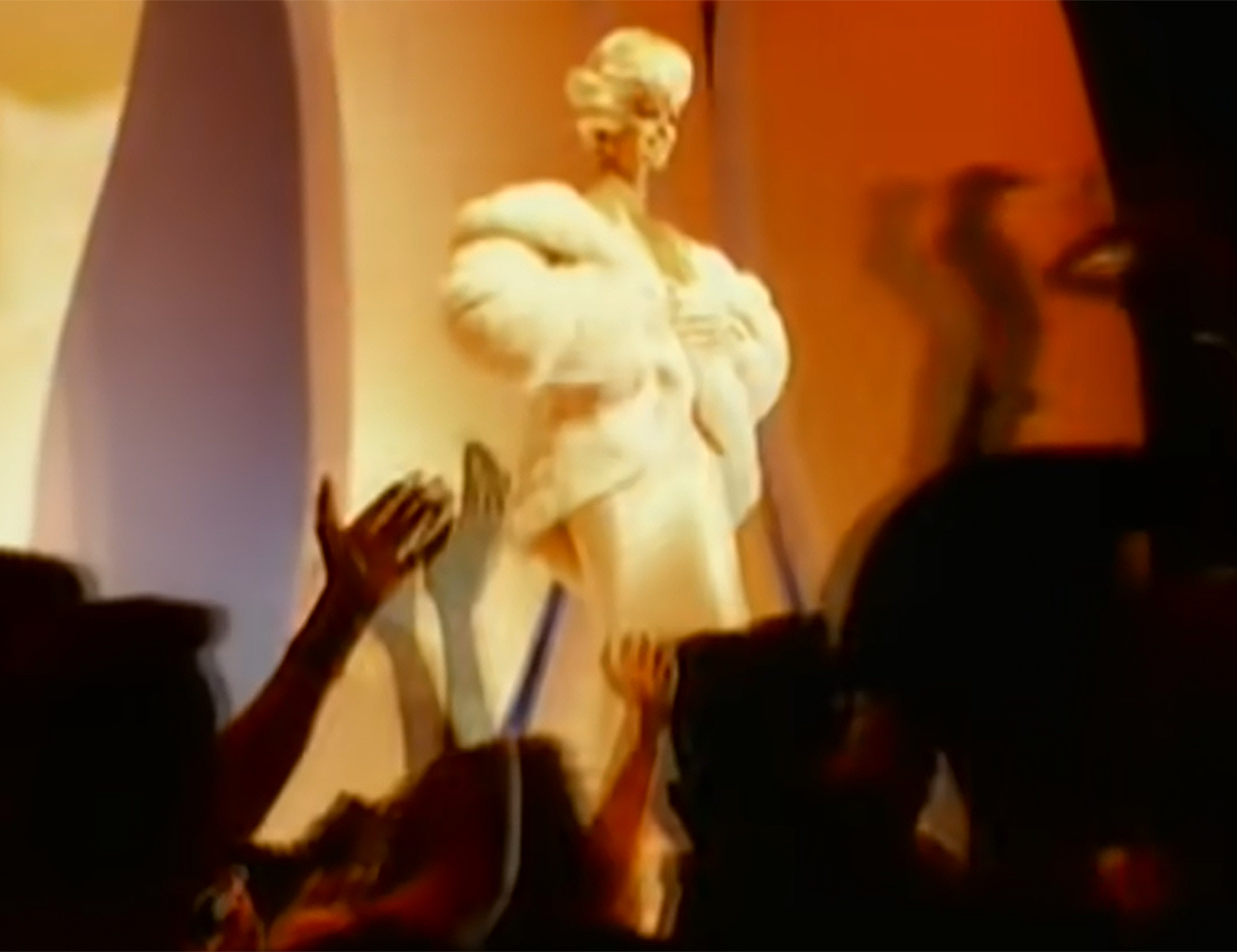 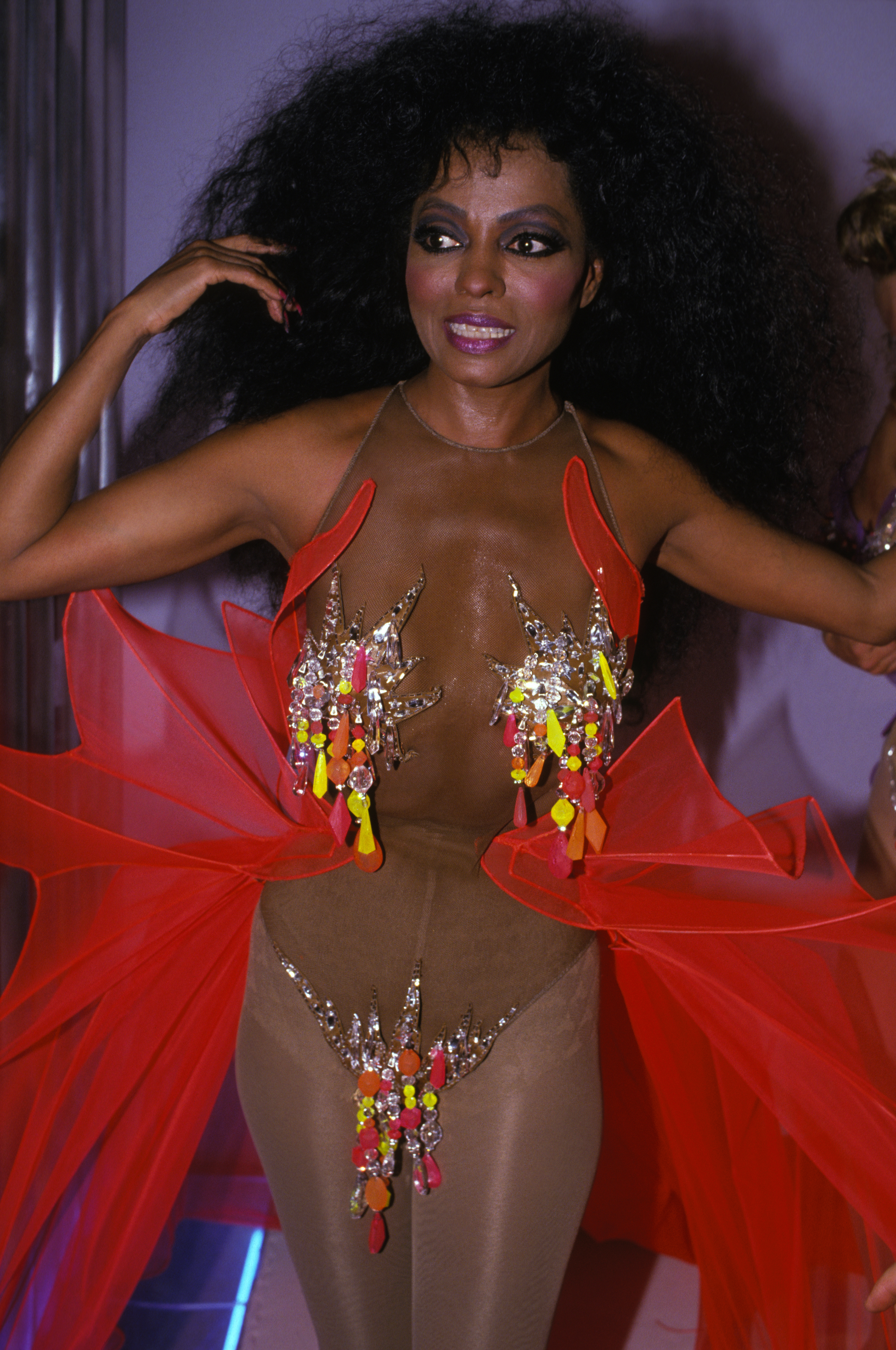 Diana Ross was one of Mugler’s biggest supporters, seen here in one of his daring designs at his fashion show in 1990. 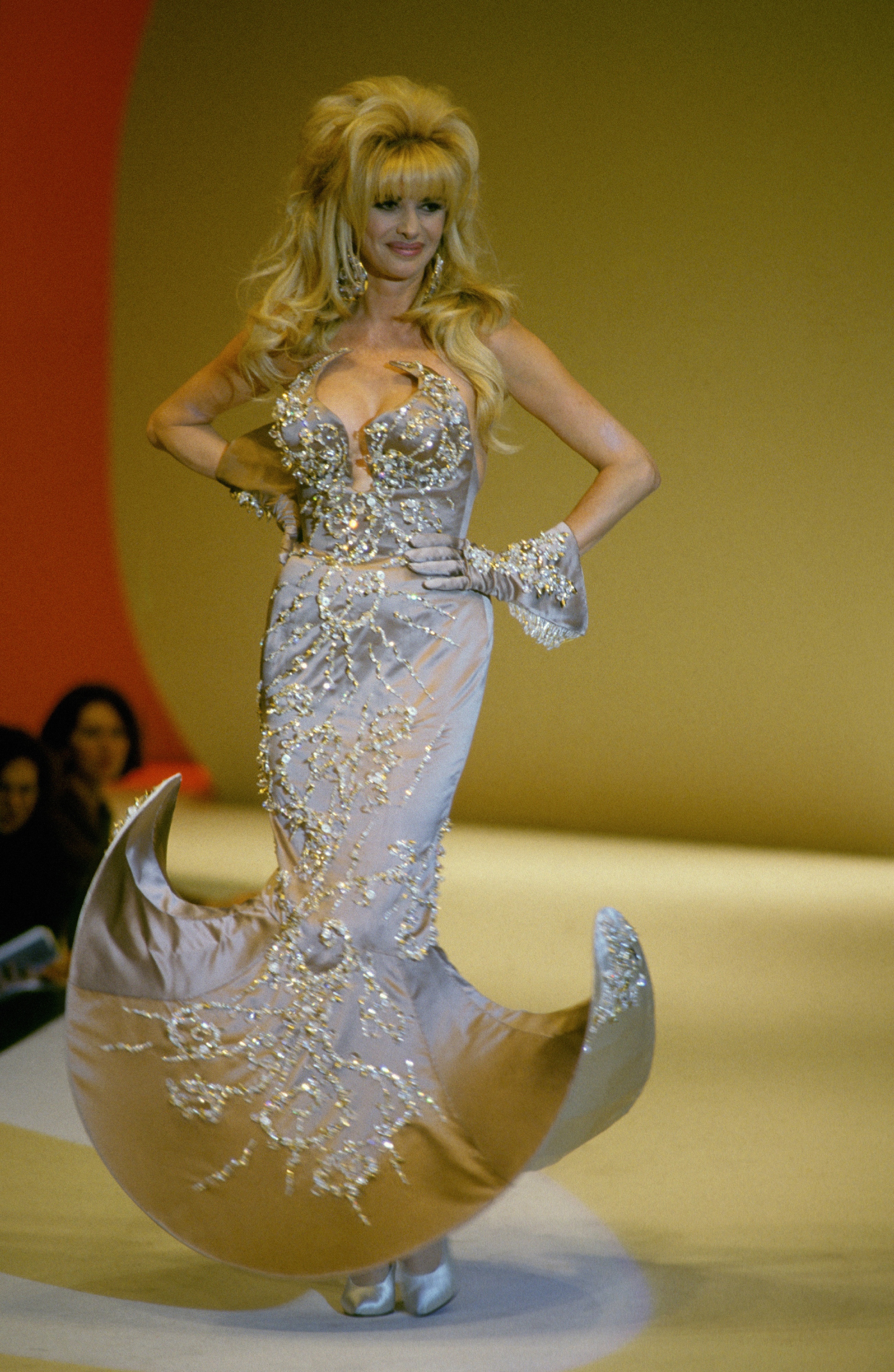 In 1991, none other than Ivana Trump walked the runway for Thierry Mugler in a sculptural silver gown. 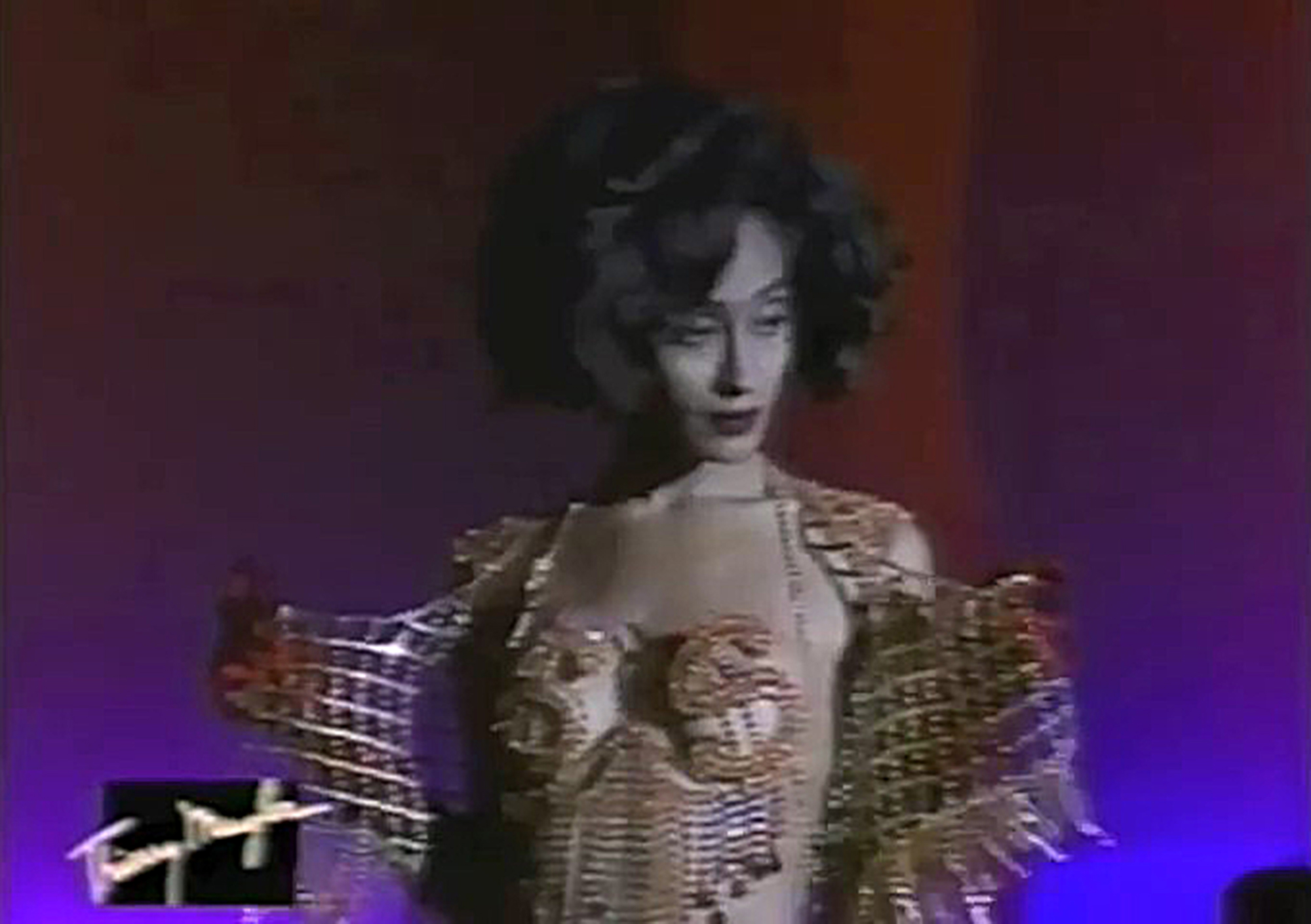 In 1992, Thierry invited a then-19-year-old Tracee Ellis Ross to walk her second runway show for him. She had modeled the year before alongside mom Diana Ross, who was one of Mugler’s muses and collaborators. 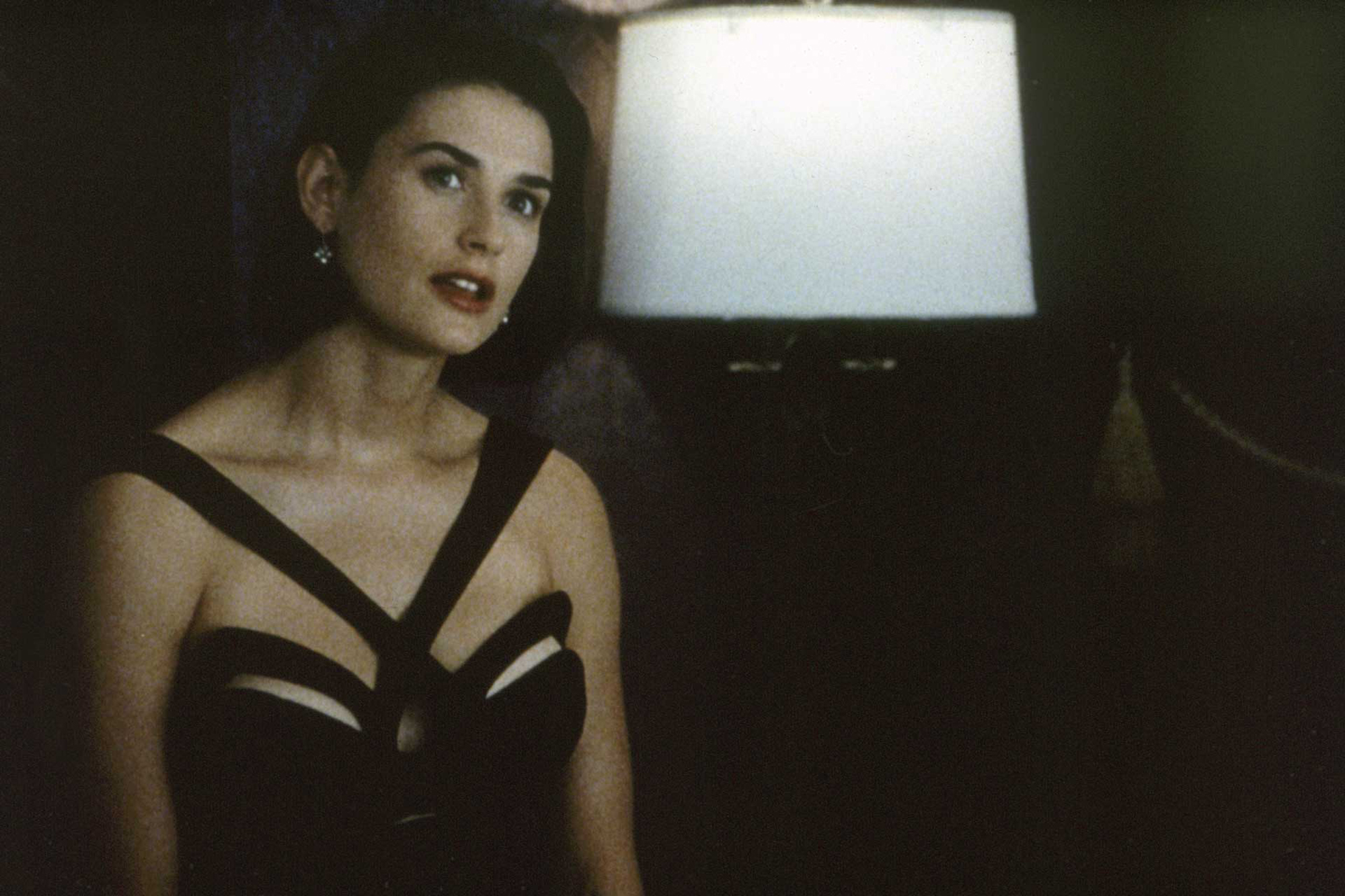 Who could forget the strappy black dress Mugler designed for Demi Moore in 1993’s “Indecent Proposal?” 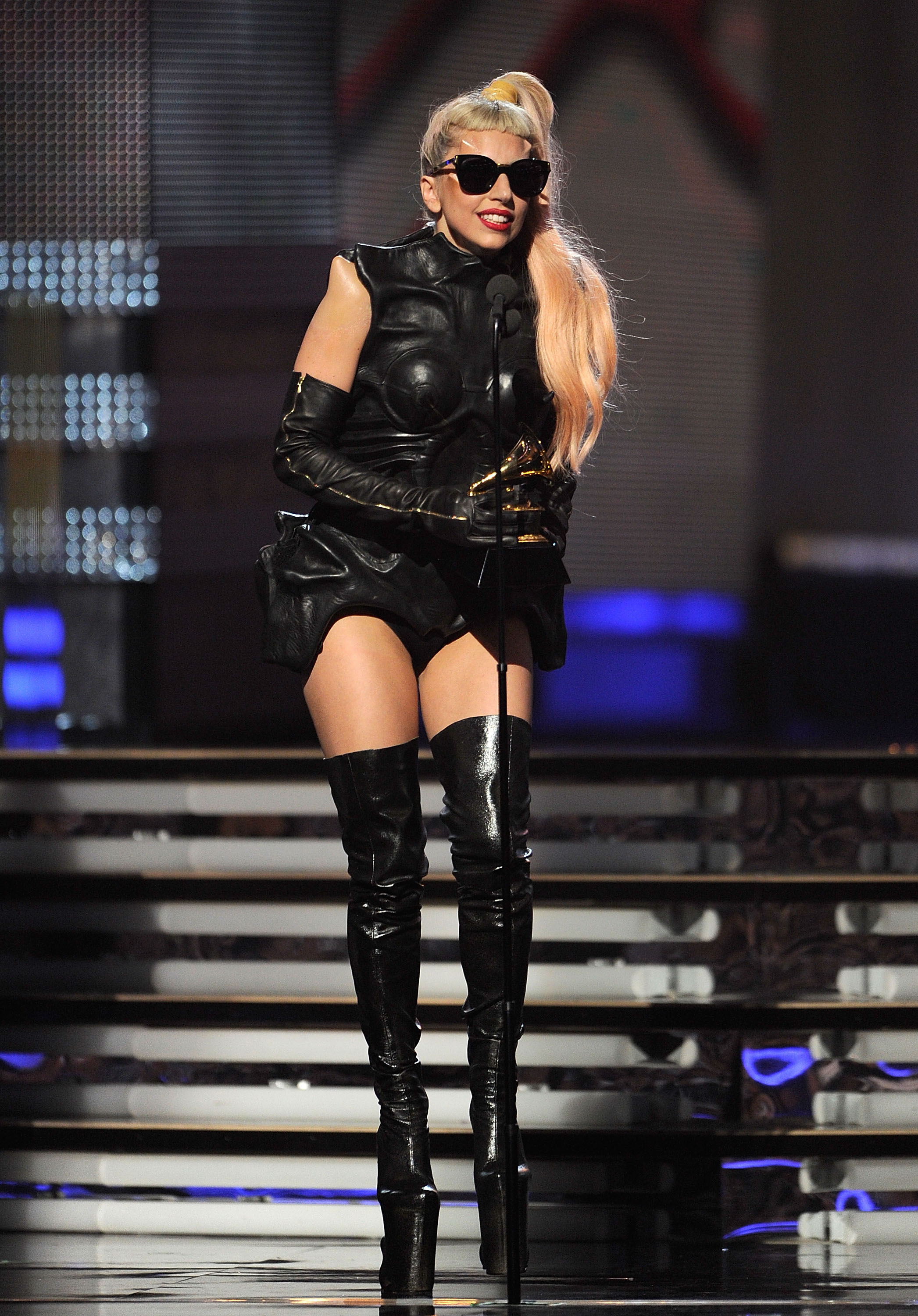 Mugler left his namesake fashion brand in 2002 to focus on the more profitable beauty sector. In 2010, Lady Gaga’s then-stylist and creative director, Nicola Formichetti, was named creative director of the house, changing its name simply to “Mugler.” At the 2011 Grammys — shortly after exiting her infamous egg — Gaga donned a slew of Mugler looks, including this black minidress paired with thigh-high boots. 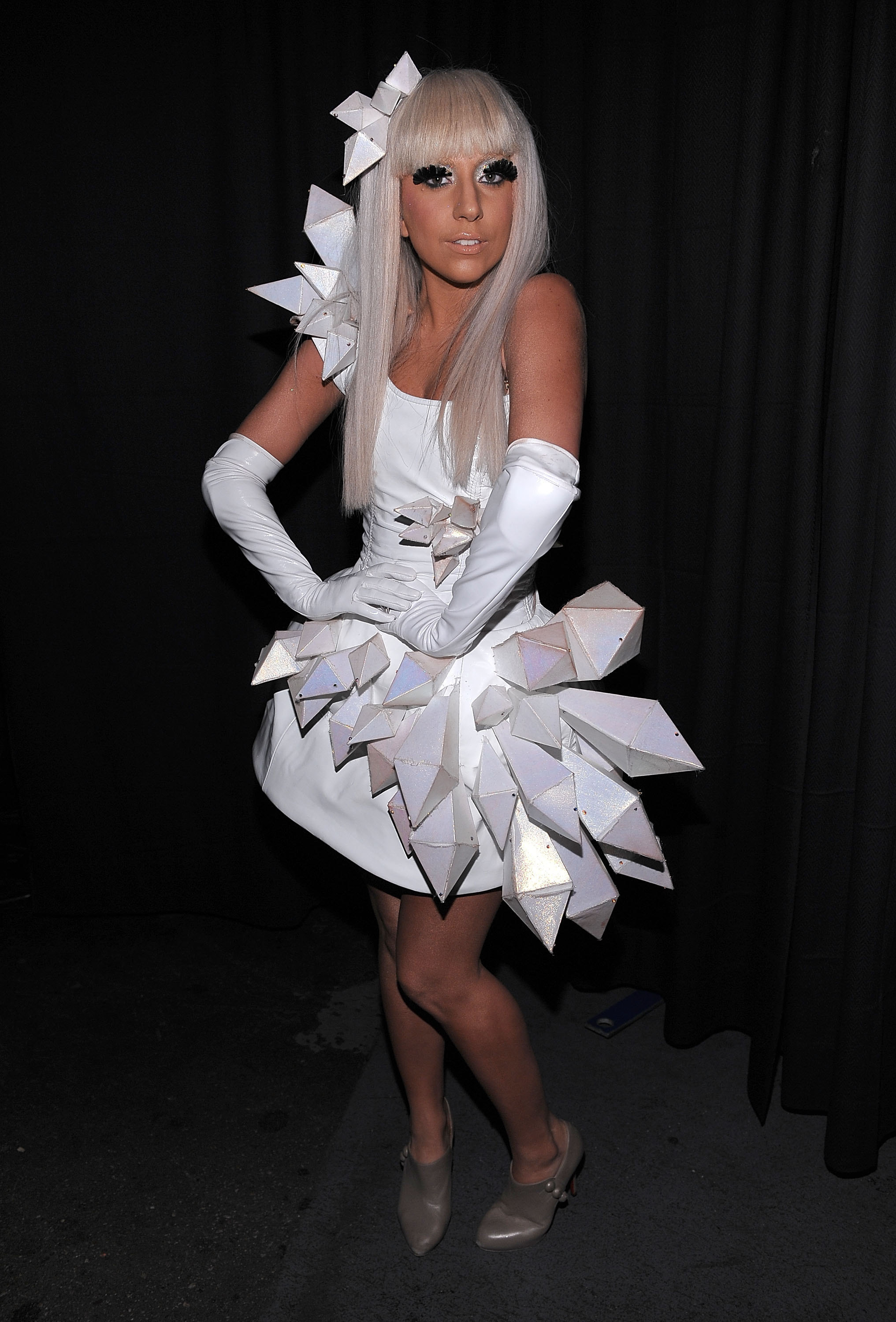 Some of Gaga’s most memorable looks from the start of her career were, in fact, Formachetti’s Mugler. 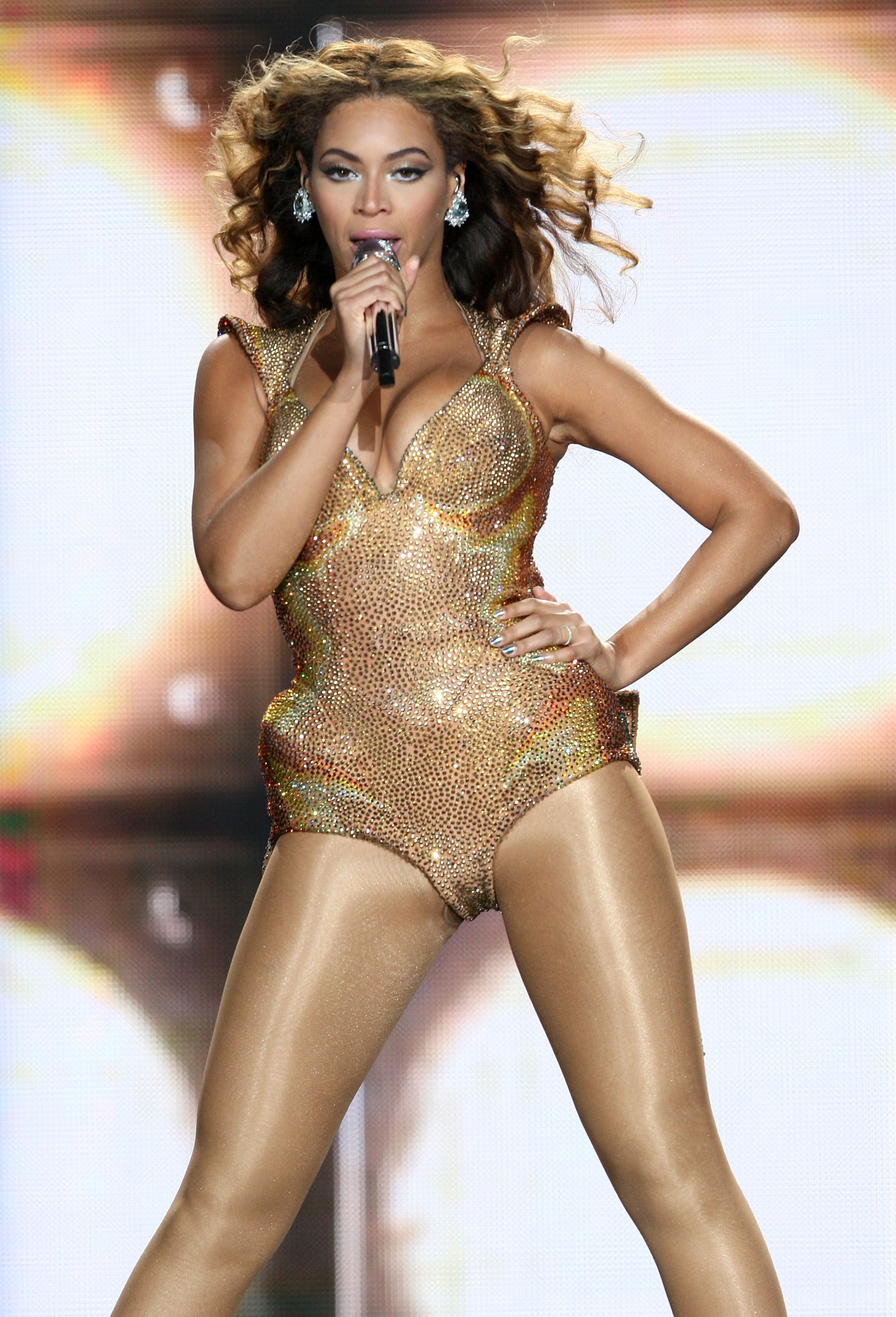 Thierry Mugler may have “quit fashion” in the early aughts, but he did continue creating custom work. In 2009, Beyoncé tapped him to create all of the stage costumes for her “I Am … Sasha Fierce” tour, including this dazzling gold bodysuit with his signature sculptural shoulders and hips. 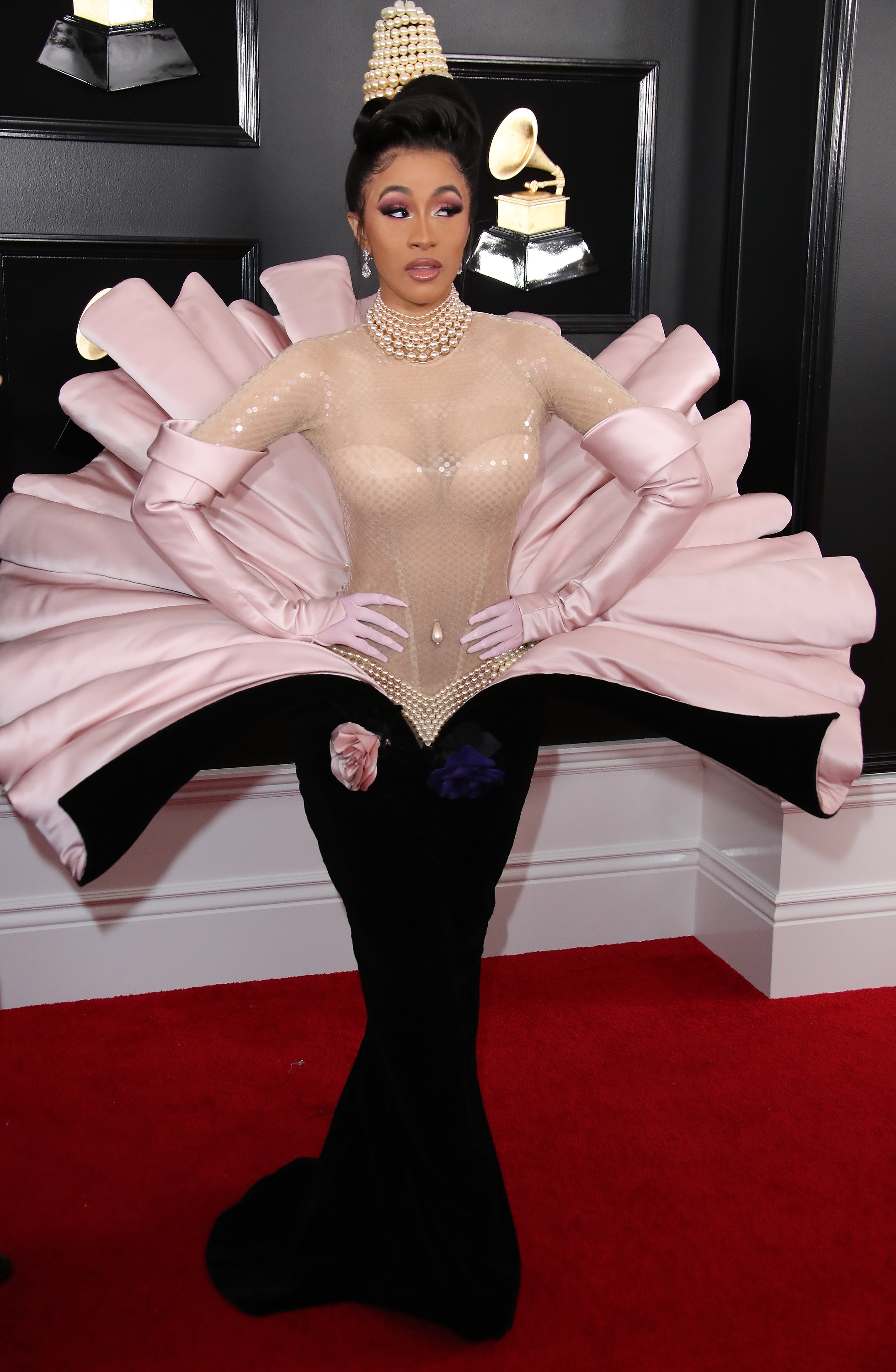 Mugler kicked off 2019 with a bang, dressing Cardi B in this archival look inspired by Botticelli’s “The Birth of Venus” from the brand’s 1995 couture collection, originally modeled on the runway by Andy Warhol muse Dianne Brill. 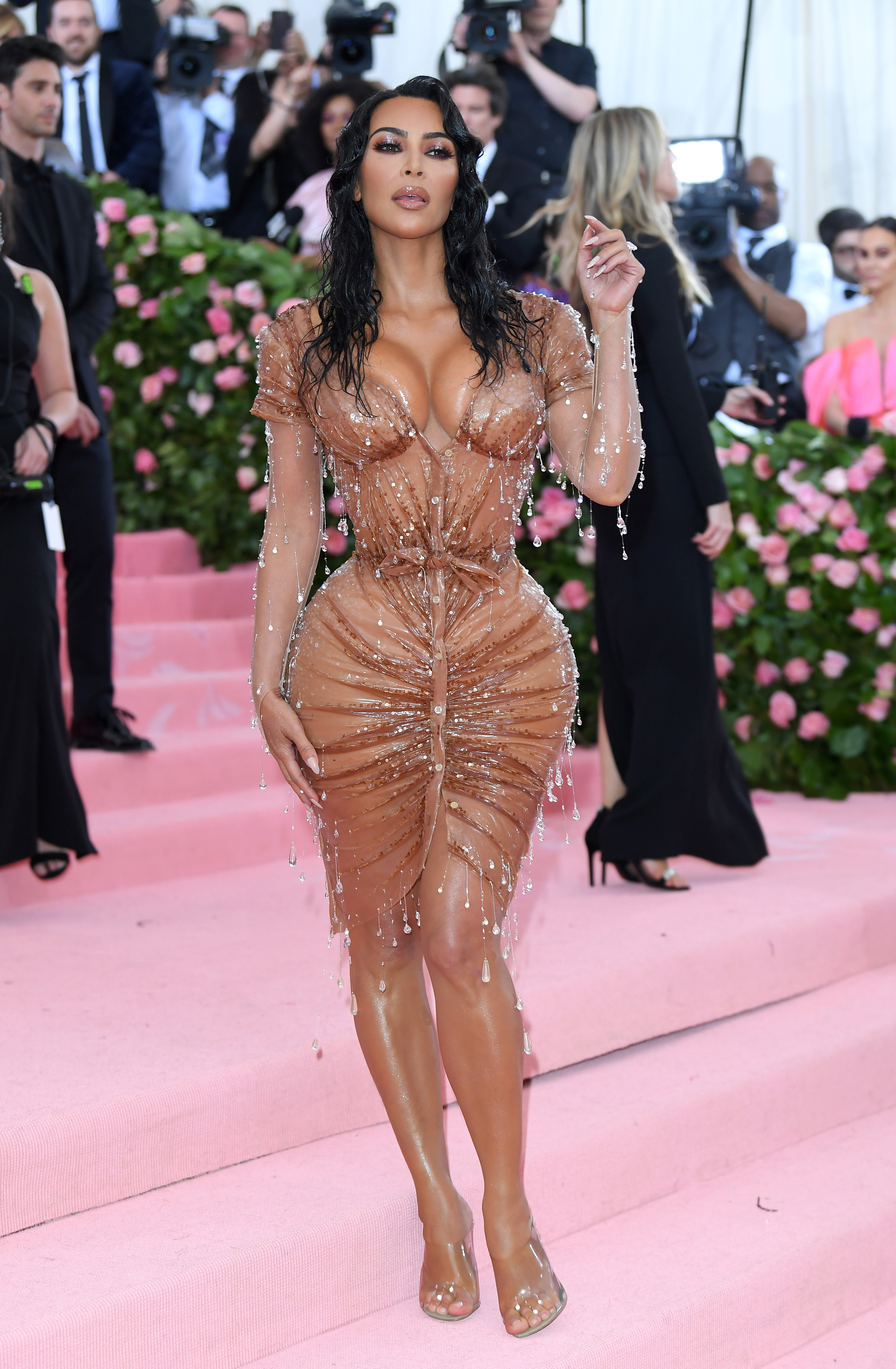 Later in 2019, it was none other than Kim Kardashian who broke Mugler’s decade-long design drought. His first new creation in years was this “dripping wet” latex dress for the camp-themed Met Gala, inspired by Sophia Loren in 1957’s “Boy on a Dolphin.” 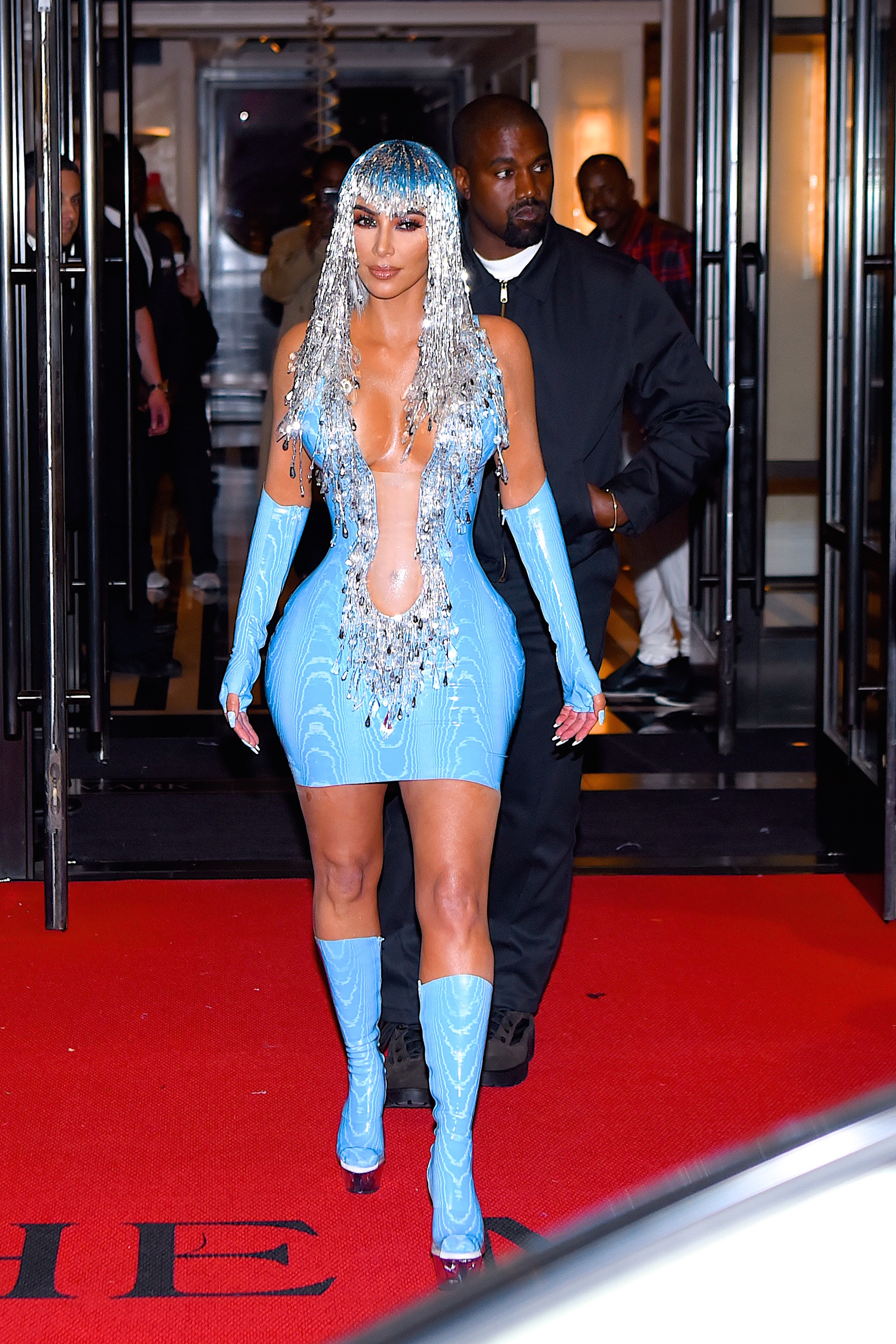 One of two Mugler-designed afterparty looks was this blue latex minidress with an extreme plunging neckline and silver tinsel wig — inspired by one of Kardashian’s fashion idols, Cher. 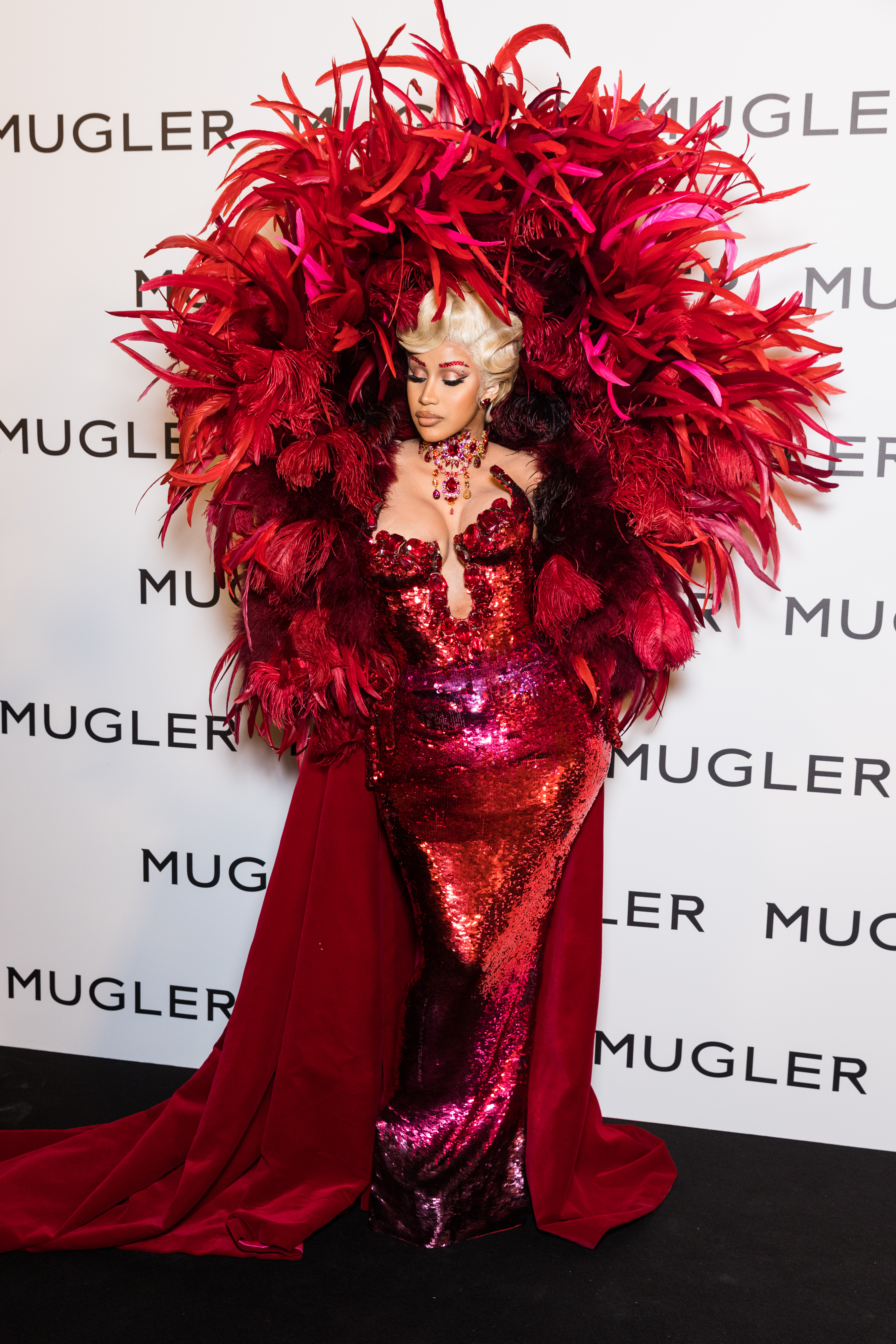 In September 2021, Cardi B showed up to the opening of the “Thierry Mugler: Couturissime” exhibit in Paris wearing a dazzling red sequin and feather gown from the designer’s archives — less than a month after giving birth to her second child. Tons of other models and celebrities gathered to celebrate Mugler’s work in the retrospective as well.