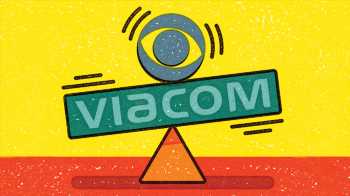 Shares of CBS and Viacom were dented in trading Monday as investors awaited news of a merger agreement between the two media companies controlled by the Redstone family.

Viacom shares fell 5% to close at $28.53. CBS shares slipped 2% to close at $47.91 on what was a down day for the major indices overall. Both stocks saw a slight uptick in after-hours trading.

The stock movements were likely influenced by expectations and rampant market speculation that a merger deal was to be unveiled on Monday. Members of the boards of both companies spent the weekend wrapped up in merger discussions that stretched late into the night on Sunday and continued Monday.

The final pricetag for the deal is said to be the biggest sticking point. Viacom is pushing for a premium that recognizes the improvements in the company’s financial picture during the past two years. CBS is arguing that speculation about a merger has already lifted Viacom shares in recent months, thereby providing the take-out bonus.

The Wall Street Journal reported Monday that the deal terms for the all-stock transaction were zeroing in on an exchange ratio that would trade .59 to .60 shares of CBS stock for every share of Viacom stock. That would imply an acquisition price close to Viacom’s $12.3 billion market cap as it stood at the close of trading Friday.

Sources close to the situation said negotiations remain fluid and there is no certainty that a deal will come to fruition. At the same time, sources said there are no signs of either side back-pedaling on previous agreements or any other major breach that would indicate the talks have gone off the rails. Shari Redstone, CBS and Viacom controlling shareholder, is poised to become chairman of the combined company.