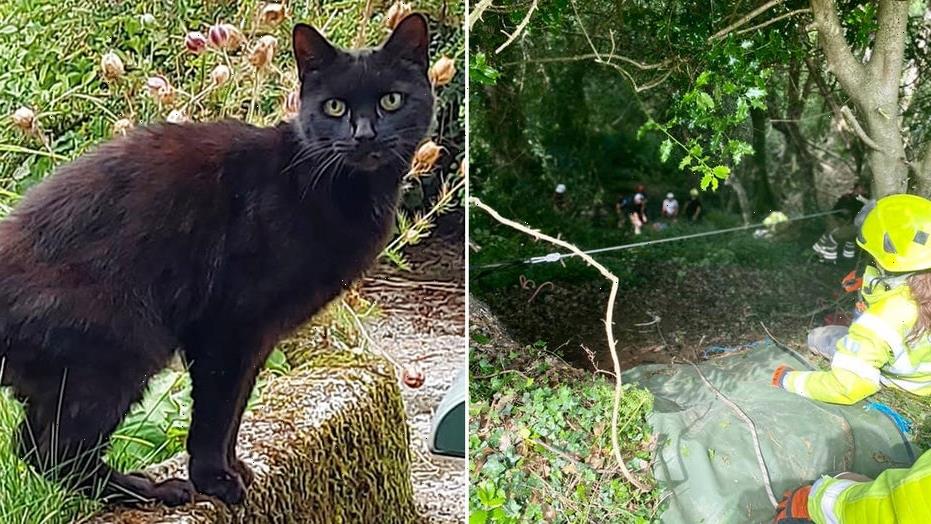 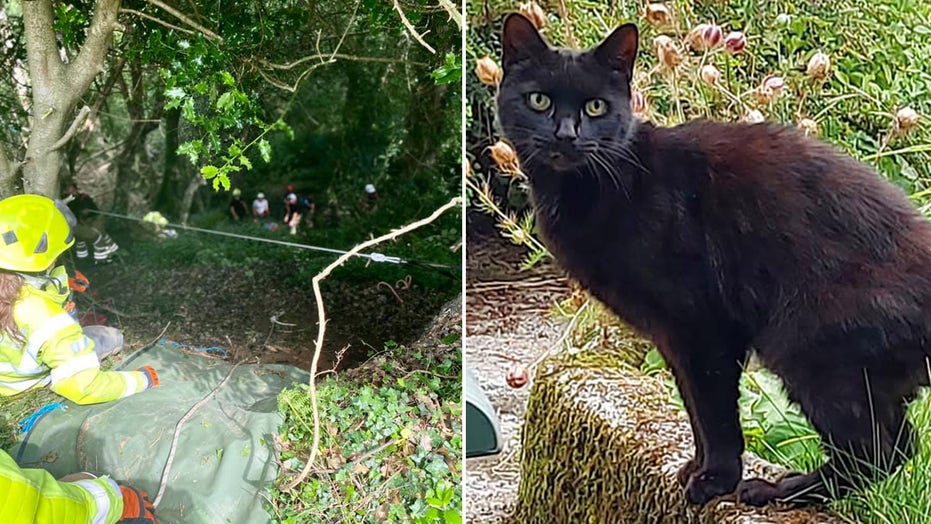 A pet cat is being hailed as a hero after it helped rescuers find its 83-year-old owner who fell down a ravine in the United Kingdom last weekend.

Authorities had been searching for the elderly woman, who was missing for over an hour when a member of the public heard her cat, Piran, meowing, Bodmin Police wrote on Facebook.

That person led rescuers to the woman, who had fallen about 70 feet into a stream in north Cornwall “with incredibly difficult access and uneven terrain,” according to the BBC. 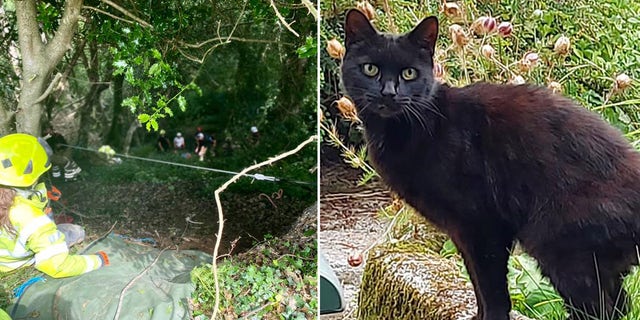 Rescuers lift an elderly woman, 83, out of a ravine on a stretcher in the United Kingdom after her pet cat helped them find her. Police called her cat, Piran, a "hero." (Bodmin Police)

Rescuers lifted the woman out of the ravine on a stretcher and she was taken to a hospital in stable condition, according to authorities.

On Monday, police said the woman was still receiving care but was in “good spirits.”

The rescue mission was launched on Saturday after neighbors became concerned about the woman’s whereabouts and called emergency services, according to the BBC. An eyewitness said the key to finding the woman – who fell near her home — was Piran’s “quite persistent” meowing from the top of the ravine.

“It’s a massive ‘well done’ to all the emergency services who worked together and to Piran,” the unidentified witness said. “The outcome could have been a lot worse.”

Police shared a photo of the “hero” cat, which drew a reaction from users on Facebook.

“What a brilliant little cat you are Piran we are all very proud of you for looking out for your Mummy well done,” one user wrote.

“Well Done Piran……….lots of treats should be coming your way,” another replied.

Bodmin is about 230 miles southwest of London.