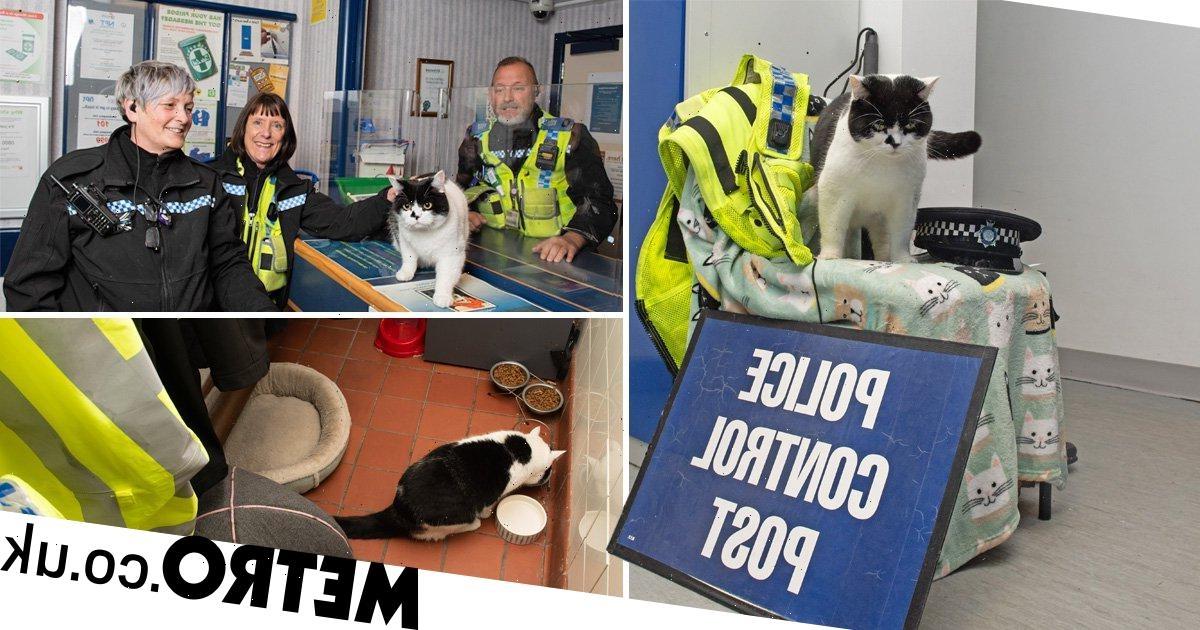 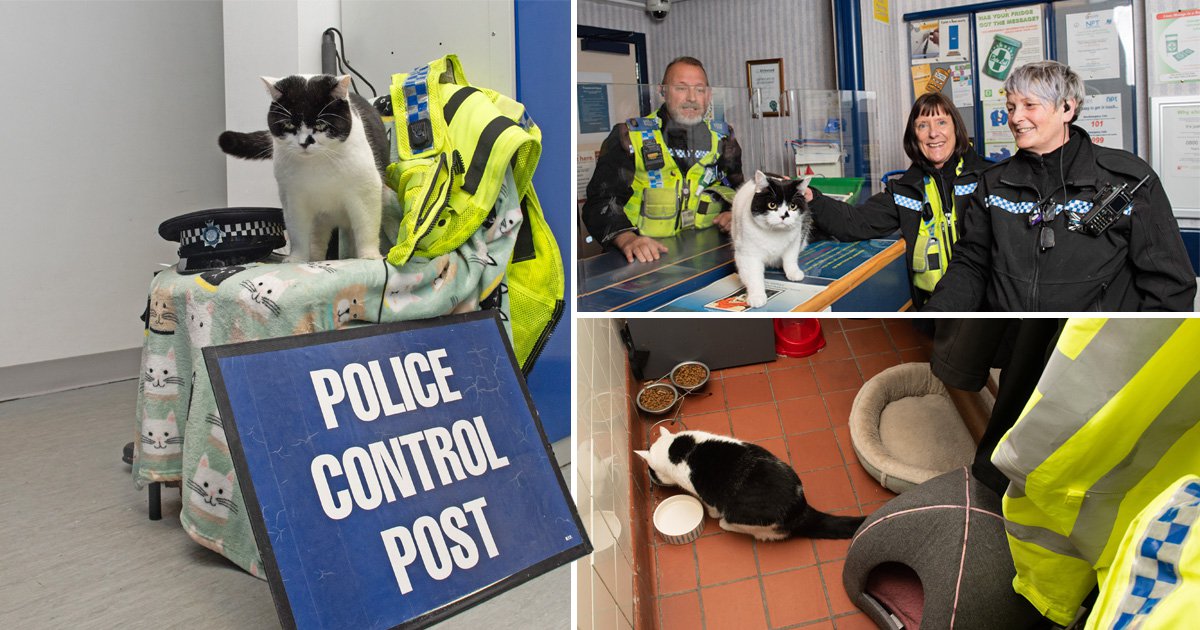 Oscar the cat could have relied on his cuteness to get by – but he decided not to take the easy route.

Instead, the kitty pays his way at Holmfirth police station, where he now lives, by working as the chief mouser.

Oscar moved into the precinct after being involved in a road accident.

Karen Brooks, 52, a police community officer, said: ‘His previous owners had lived in the house right next to the station, so it wasn’t far.

‘After his accident, they couldn’t let him out for a few months, so once they did he almost didn’t want to come back.

‘When he first arrived, it was deep in the winter, and he was outside the station curled up in the snow, so we let him in and gave him some food.

‘After that he kept coming back, and we let the owners know and they were fine with it.

‘Then, they wanted to move, so they asked if we’d take him in, otherwise they’d rehome him.

‘Obviously we said yes, and now here we are!’

The black and white cat was given an official title, so he’d get the respect he deserves, and now has a Twitter account dedicated to his work.

He’s built up quite the following, along with a legion of loyal fans in the office.

Karen said: ‘There’s a big group of us that all look after him making sure he gets fed and everything.

‘We have a group chat that’s called “Oscar’s PAs” to make sure if anyone’s away or anything that he’s sorted.

‘He’s amazing to have around the station, especially if you’ve had a bad day or something.

‘You can just give him a stroke and cuddle, he’s been great for boosting morale.

Oscar has his own section in the station, including multiple beds dotted around for him.

He often gets visitors coming in just to see him, but of course has to schedule in greetings around his mouse-catching and sleeping schedule.

‘He’s got about a quarter of the building that he keeps to, there’s different beds in a few of the rooms,’ Karen added.

‘Whenever the cadets come to the station, they always want to see Oscar.

‘They all absolutely love him.

Sounds like he’s in line for a promotion already. Great work, Oscar.