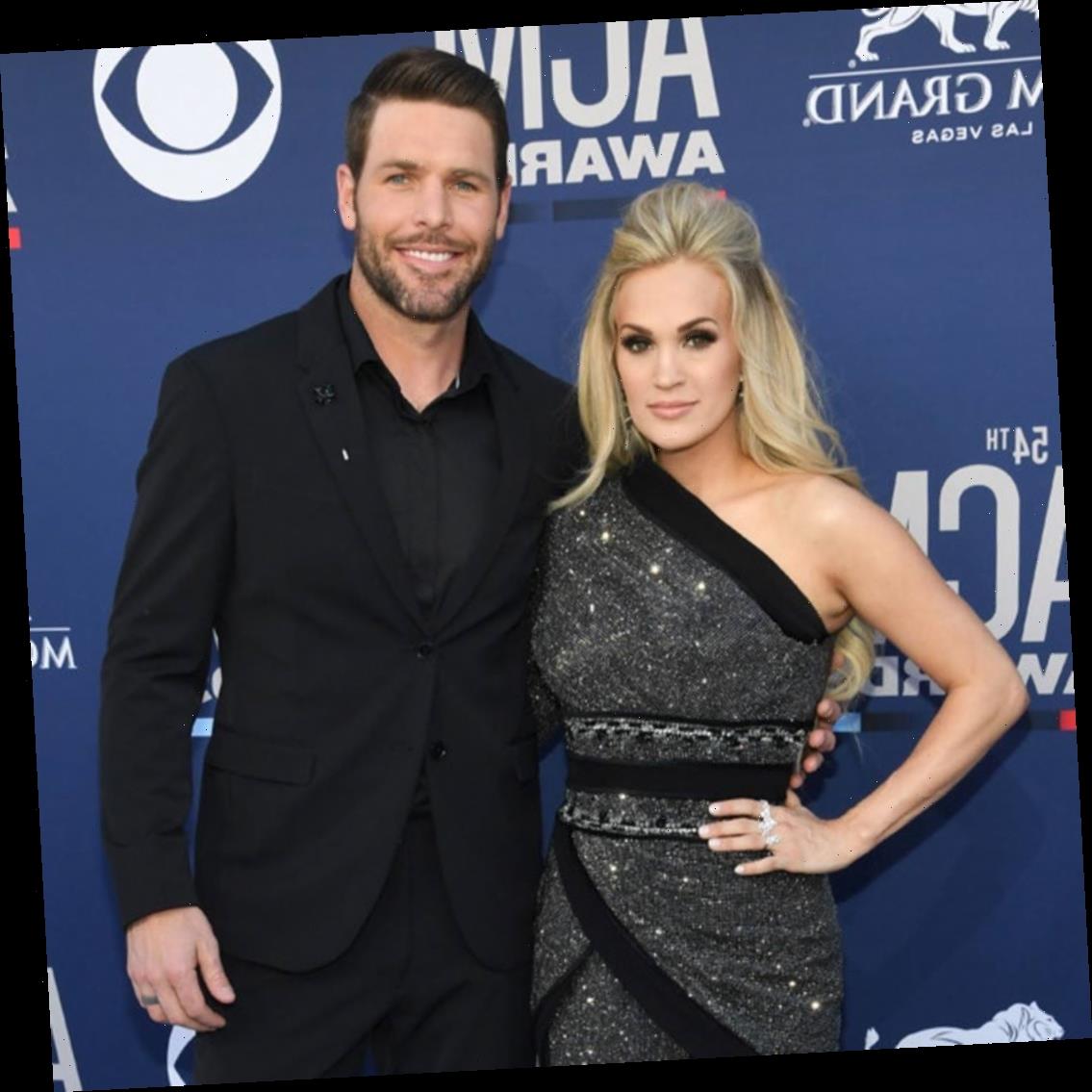 After making history at the ACM Awards, Carrie Underwood gave a sweet shout-out to husband Mike Fisher and their two kids, Isaiah and Jacob, after forgetting to mention them in her acceptance speech.

Carrie Underwood forgot to make a special shout-out at the 2020 ACM Awards.

The superstar singer made history at the ceremony on Wednesday, Sept. 16, when she and Thomas Rhett tied for Entertainer of the Year. "2020 man! Thank you. God so much. All glory to God," Underwood said in her speech. "Thank you to the ACM for putting me in such incredible company. I am more than happy to share this with Thomas Rhett."

After the show, the 37-year-old singer appeared in the virtual ACM Awards press room, where she admitted she forgot to thank her husband, Mike Fisher, and their two kids, Isaiah Fisher, 5, and Jacob Fisher, 1. "First I want to say that I'm a dummy for not mentioning my husband or my children in my acceptance speech," Underwood said. "You would think after this many years of seeing other people do speeches and give some of my own, I would think of people that are important to me, so I'm sorry! But I do love my children and my husband."

Underwood also opened up about working with her son Isaiah on her upcoming Christmas album, My Gift. As she recently revealed on social media, Isaiah is featured alongside his mom on a "very special version" of the song "Little Drummer Boy."

Netflix’s Trailer for Chris Watts Documentary Will Give You Chills

"It was wonderful to have Isaiah be a part of what I love," she told E! News in the virtual press room. "Having that moment, I was like, I don't know how he's going to do, I don't know!"

"He was super excited to be there, if nothing else he'll have a fun day seeing what mommy does," she continued. "So it was such a great moment for me as a mom to have him share something that I really love to do and he ended up being really great in the studio, I was so proud."

Fisher also gave his wife a sweet shout-out on Instagram after her big win. "Wow what a night! Congrats @carrieunderwood I'm so proud of you for working so hard and using your gift for His glory!" he wrote. "Wish I could've been there with you tonight!!"