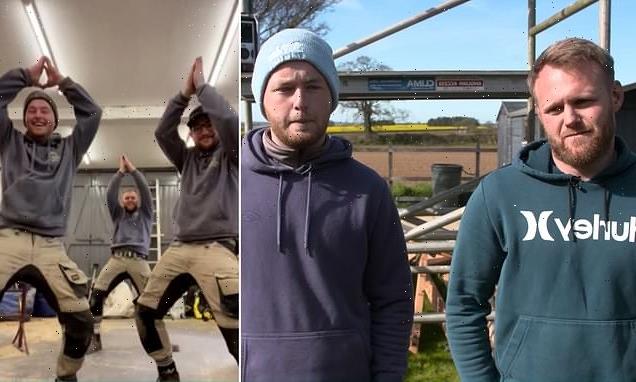 Wood you believe it? TikTok’s ‘Dancing Carpenters’ reveal how they hit 350 million views after filming videos in their lunch breaks

Two carpenters have revealed how they garnered a massive following on TikTok by using their lunch breaks to practice and film dance moves.

Jordan Walker and Zack Chinn from Sculthorpe in Norfolk, appeared on This Morning today to discuss how they’d become so successful on the social media platform with their account The Dancing Carpenters.

According to Jordan, the pair got into TikTok after his partner’s young son showed him how to use it.

He explained: ‘He took me through it all, it was his longterm dream to be a TikTok star, and we thought it would be a good idea to start doing the dances [ourselves] and they just blew up.’ 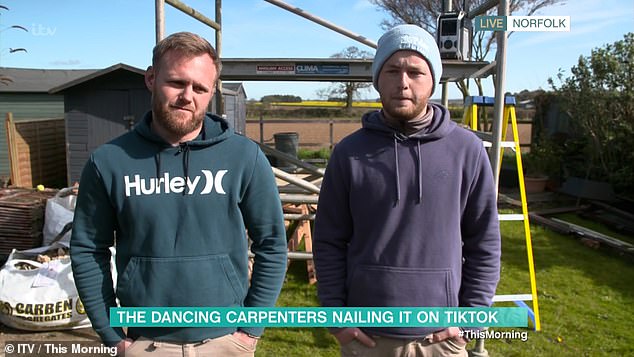 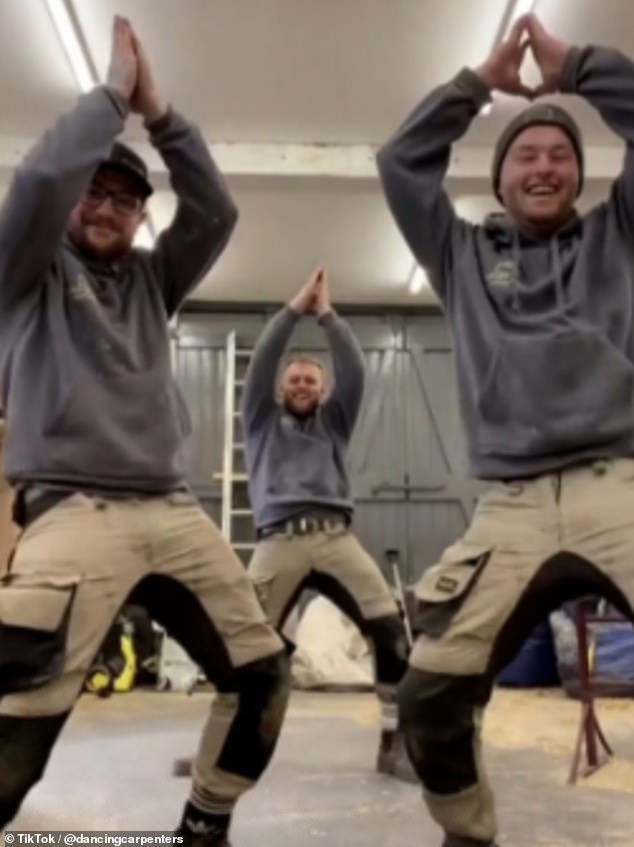 Although they have no dance background, Jordan and Zack say they were ‘born’ to do TikTok as they have ‘natural rhythm’ (pictured here dancing in one of their videos

Hosts Alison Hammond and Dermot O’Leary  praised the pair, with Alison saying their videos are good for people’s mental health.

Meanwhile, Dermot complimented their dancing skills, asking if they’d been dancers when young.

Zack said they hadn’t, but because they both have good rhythm, they were ‘born’ to do TikTok.

Speaking about their real jobs as carpenters, the pair revealed that they had to learn the routines around work, and during lunch breaks.

Jordan admitted that because they have to squeeze filming in, they are forced to pick up the moves quickly. 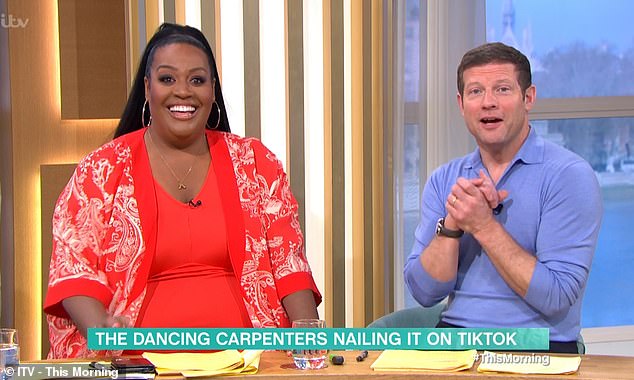 This Morning hosts Alison Hammond and Dermot O’Leary seemed to be huge fans of the TikTokkers, with Alison saying they are good for people’s mental health

He said: ‘We have to be on the ball, but we both have our days where [we’re] struggling.

Speaking about their first viral video, Jordan said: ‘We were just looking through TikTok, trying to find one of the best…and funniest [dances] to do that was really popular.’

He added that they picked a dance for Taylor’s Swift’s ‘Love Story’, and it ‘went crazy’.

The pair ended the interview, which took place in the garden of a house they were working at, saying they had to return to their jobs.

Numerous fans rushed to TikTok after the television appearance, showing the passionate following the carpenters have built since launching their account

Fans of the pair were delighted that the pair appeared on the programme, taking to TikTok to share their thoughts on the appearance.

One wrote: ‘Saw you on This Morning! Good on you lads, keeeep dancinggggg!!!’

Another added: ‘Saw you guys this morning well done love you guys xx’

And a third wrote: ‘Watched yous, put a smile on my face for a Friday.’