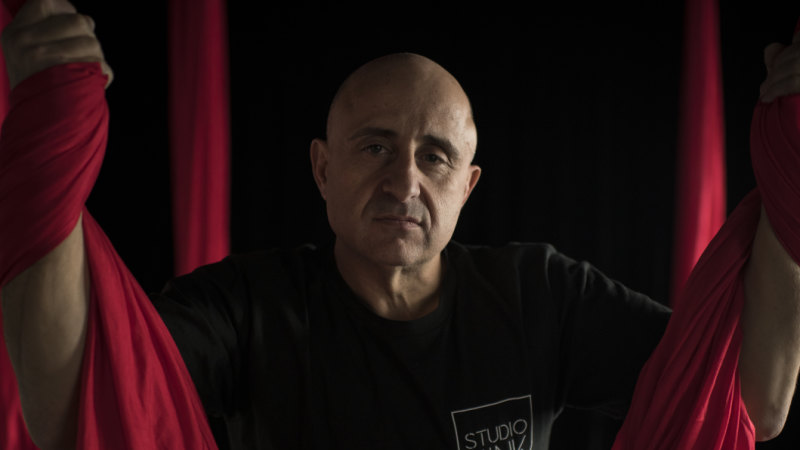 When director Graeme Murphy and his the team first decided that Japanese bondage would be central to the design of Opera Australia's new production of Madama Butterfly, one of the challenges they faced was sourcing lengths of the traditional red, jute rope. 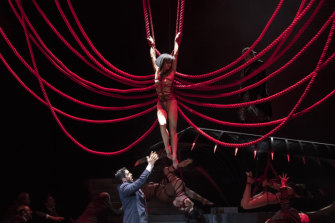 The red jute shibari ropes are a prominent part of the production design.Credit:Wolter Peeters

Eventually their research led them down a graffitied lane in St Peters to the door of Studio Kink and Mark De Viate, an expert in Japanese bondage, known as shibari.

"When they came to buy the rope they showed me what they were thinking of tying and I asked, 'Who is going to tie these forms?' " says De Viate, who has been involved in shibari for more than 20 years.

"They showed me some pictures and I said, 'That's pretty shoddy – would you like to have actual shibari tied?"

They took De Viate up on his offer and he went on to consult on the extensive rope work in the production. Audiences at Friday night's opening can now be assured what they see on stage will be the real deal. 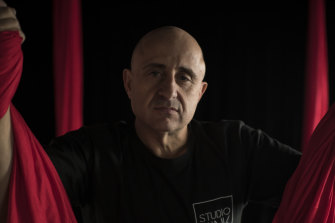 What they will also see is a very different, much darker version of the legendary opera. It couldn't contrast more with the long-running and much-loved Butterfly, produced by Moffatt Oxenbould that was retired in 2017 after 20 years.

"Moffat's production is a beautiful benchmark in simplicity and minimalism," says Murphy. "I spoke to him and said 'You'll have to forgive me if I move away quite dramatically from it because if I did something traditional it would be very easy to make comparisons.

"We've seen the rather pretty, cliched pseudo-oriental version and I wanted to avoid that. I feel it is a bigger story than just the aesthetic of the pretty Japanese picture."

Madama Butterfly tells the story of 15-year-old Cio-Cio San (Butterfly) who is married to Pinkerton, a US Naval officer. Pinkerton abandons her and his child, leading Butterfly ultimately to kill herself.

"It's not a pretty story," says Murphy. "It's not a nice story. It's not a kind story. Pinkerton is quite vile. This production has a nightmare element to it. But then she is a woman who from one night of marital bliss has spent three years wondering is he ever coming back? That has to affect your mental state. I've worked on those processes of her descent into despair, literally to her death."

Alongside the challenge of Cio-Cio's San's emotional journey, Murphy has also had to face the more practical issues of staging his first digital production, which relies largely on vast LED panels for a backdrop. Complex flying technology and lighting tracking devices are also added to the tech mix. 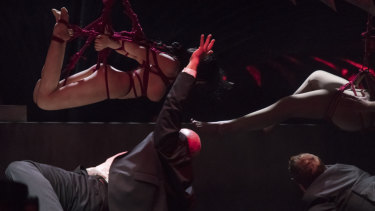 Bound sex dolls are among the aspects that mark out this production from its predecessors.Credit:Wolter Peeters

"I am very good at controlling what happens on stage but technology is a new world for me," he says.

"We've all had to become film directors. They say don't work with animals and children but I would add technology to that list. It's a big challenge and one we all face as artists – embracing the new."

Murphy hopes the audience will be "challenged, surprised, shocked – and pleased".

And De Viate is looking forward to seeing the traditionally conservative opera audience's reaction to the bondage scenes.