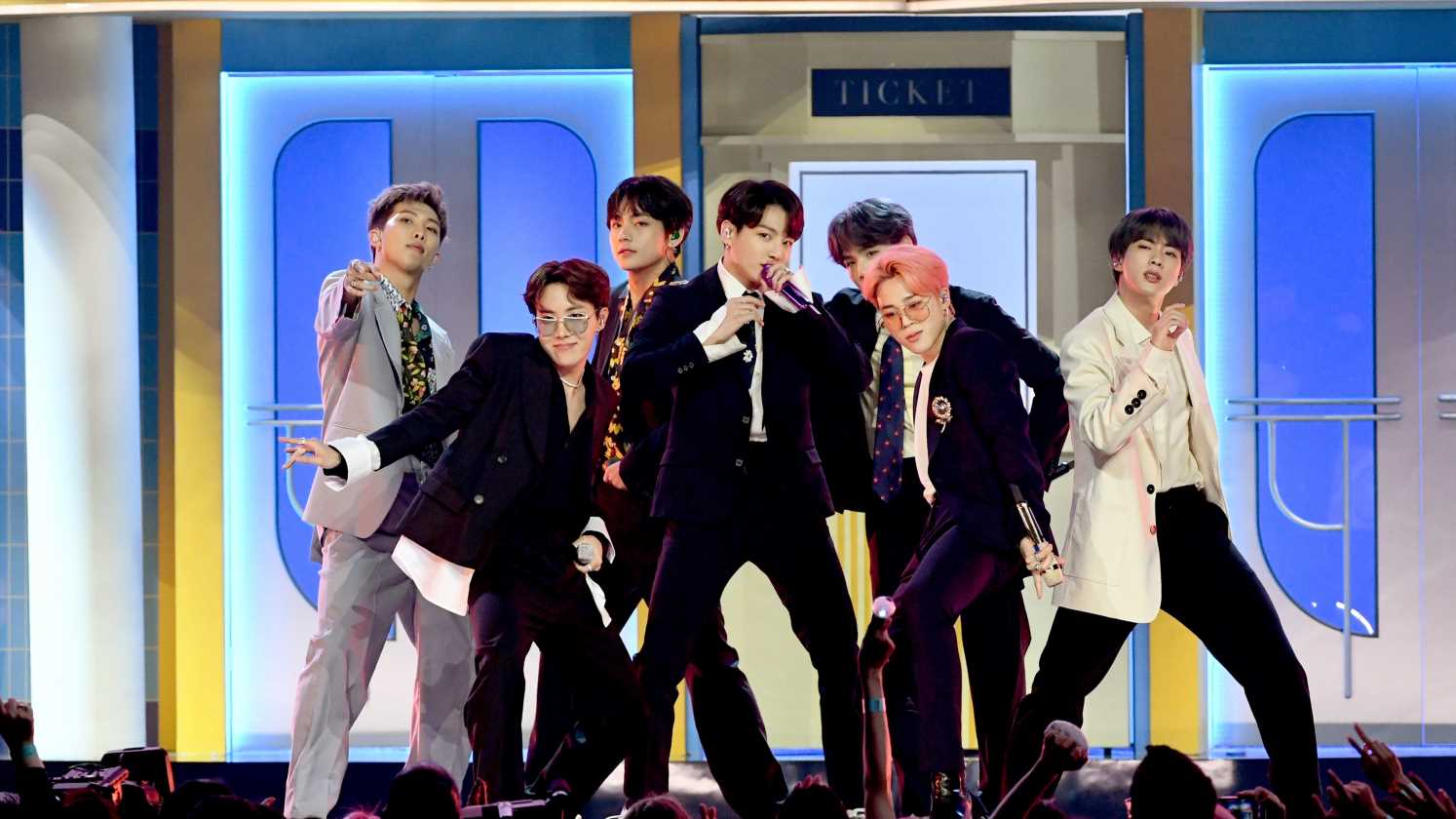 BTS never seems to slow down.

Two months after their latest, record-breaking debut of “Map of the Soul: Persona,” the Korean boy band is out with new music and their very own mobile game, BTS World.

Released June 26 on Google Play and iOS, the mobile game app shot to No. 1 for iPhone downloads in the U.S. – surpassing the latest Harry Potter app release, according to Variety.

BTS World game puts you in charge of the band

The game starts in 2012, when the septet, which recently celebrated their anniversary, was forming.

Players are tasked with getting the BTS members on their way to becoming the global super group they are today. The game has chapters and levels as well as “interactions” with the members via programmed text messages. The main goal is to ensure the members follow their dreams to become BTS, and don’t end up taking alternative career routes. Fans will appreciate the 10,000 brand new photos and 100 video clips exclusive to the game, according to mobile-gaming company Netmarble.

Passengers walk past an advertisement for the role-playing game "BTS World" at a subway station in Seoul on June 25, 2019. A million fans of K-pop boy band BTS have signed up to have the singers at their fingertips when a mobile game about them is released this week, according to reports. (Photo: JUNG YEON-JE, AFP/Getty Images)

Levels of the game include convincing the members that their name, Bangtan Sonyeondan (Korean for “Bulletproof Boy Scouts”) is appropriate, helping produce songs and connecting them with the best fashion.

The album is essentially a soundtrack to the game and includes four songs, along with seven theme songs attributed to each member (RM, Jin, Suga, J-Hope, Jimin, V and Jungkook).

“A Brand New Day,” by J-Hope and V featuring Swedish pop singer Zara Larsson, is an electronic hip hop song that incorporates the sounds of a daegeum, a traditional Korean instrument.

RM and Suga collaborated with emo-rapper Juice Wrld on “All Night,” a ’90s-style singing-rap song. The fourth song, “Heartbeat,” is a slower-paced, emotional ballad sung by all seven members that emphasizes the group’s combined vocals.

All songs have a message about accomplishing your goals. It’s fitting since the goal of the BTS World game is to help the BTS members attain their dreams of becoming artists.

BTS is anything but an ordinary band

App games are common. App games by a boy band are not. Having a whole original soundtrack to go along with the game is especially distinguishable.

Along with having a major social media following and extremely dedicated fandom, called the Army, BTS claimed three No. 1 albums on the Billboard 200 chart in less than 12 months. Soaring through the charts like that is especially notable for a group that does not primarily sing in English, and BTS never stray from their roots.

Their “Map of the Soul: Persona” is the best-selling South Korean album of all time, according to Guinness World Records. The latest Billboard Boxscore put BTS at the top of the highest-grossing tours of May 2019. The ground earned $51.7 million from only eight shows.

They were the first Korean group to be invited to become members of the Recording Academy.

The group continued to broaden its influence last fall when they spoke to the United Nations General Assembly about a campaign to ensure young people’s voices are heard.

Releasing a mobile game and album that breaks boundaries is nothing new for BTS. It’s what they do best.