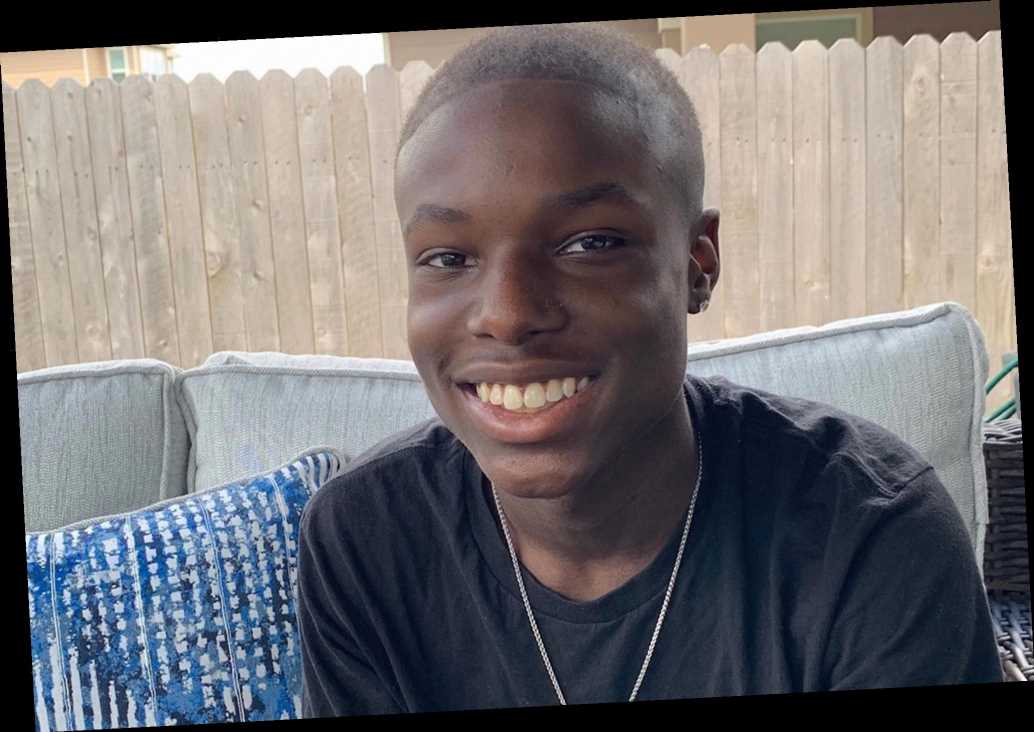 "Love on your children," Wisdom's mother, Diana Wisdom, wrote on Facebook. "Bryce told me today 'Mom I Won.' He is unconscious now, resting peacefully surrounded by family. God is a good God and Bryce has accepted Jesus as his Lord and Savior."

"I know he will be just fine and will be looking over me and my family," she continued. "We are loving on him, praying, singing songs of praise, while he still has breath we will continue to be by his side."

After the cancer metastasized throughout Wisdom's body, his high school threw an emotional display of support on his last day of classes before starting chemotherapy.

In footage posted by Jill Jelnick of KCWX, Wisdom was seen carrying a “Bryce Strong” flag through Judson High School's halls as a marching band performed in front of him.

The video showed students and faculty clapping and cheering for Wisdom, who was showered with blue and orange balloons as he walked toward the building’s exit.

After Wisdom's death, thousands of tributes poured in on social media under the hashtag "#BryceStrong."

"Bryce fought HARD! He sadly took his last breath… died too soon, but throughout his battle and his pain, HE STILL HAD A SMILE ON HIS FACE!" wrote one user on Twitter. "God bless you and your family, you've inspired COUNTLESS people. You're in God's kingdom now!"

"Been in [San Antonio] most of my life," another user wrote. "Don’t think I’ve ever seen someone bring people together the way Bryce Wisdom has."