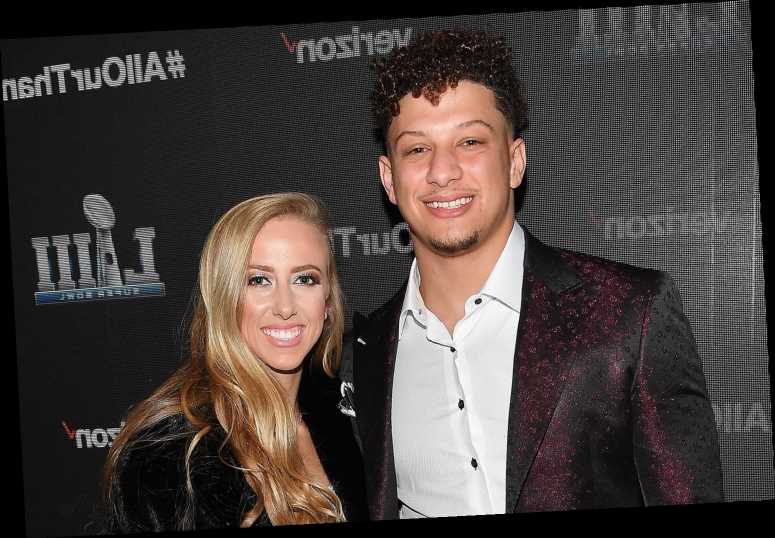 Shortly after the Kansas City Chiefs quarterback, 25, took a hard hit midway through the third quarter of Sunday night's football game against the Cleveland Browns, Matthews, also 25, thanked fans for their well wishes and shared an update on her fiancé's condition.

"I'm fine, Patricks fine, thanks for all the prayers!" Matthews tweeted. "WE STILL GOT A GAME TO WIN LETS GOOOOOO!!!"

Matthews — who is currently expecting her first child with Mahomes — also continued to live-tweet the sporting event, during which she showed her support to Chad Henne, the Kansas City Chiefs backup quarterback who replaced Mahomes for the remainder of the game. "HENNEEEEEEEEE LFGGGGG," she tweeted.

During Sunday evening's divisional-round playoff game, Mahomes struggled to stand on his feet after Cleveland Browns' Mack Wilson tackled him to the ground. The athlete was helped off the field before he made his way to the locker room.

The Kansas City Chiefs confirmed on Twitter that the reigning Super Bowl MVP was "being evaluated for a concussion," before Henne, 35, replaced Mahomes.

On his own respective Twitter account, Mahomes also shared a message for fans, writing, "#HenneThingIsPossible," — a clear reference to Henne — before he responding to a tweet from Wilson, 22.

"Prayers to @PatrickMahomes . I pray you back next week! Go be great like you have been!" Wilson tweeted, which prompted Mahomes to respond, "All good brother!"

Before Mahomes was helped off the field, the Chiefs led 19-10 over the Browns. And prior to the third quarter, the star was seen limping with a toe injury in the first half.

Despite Mahomes' concussion, the Chiefs were still victorious, winning 22-17 over the Browns.

The Kansas City team will face off against the Buffalo Bills in the AFC Championship game on Jan. 24.

Following the game, Matthews also shared a duo of photos of herself celebrating the victory of her soon-to-be-husband's team. "Heck of a win #CHIEFSKINGDOM," she wrote.