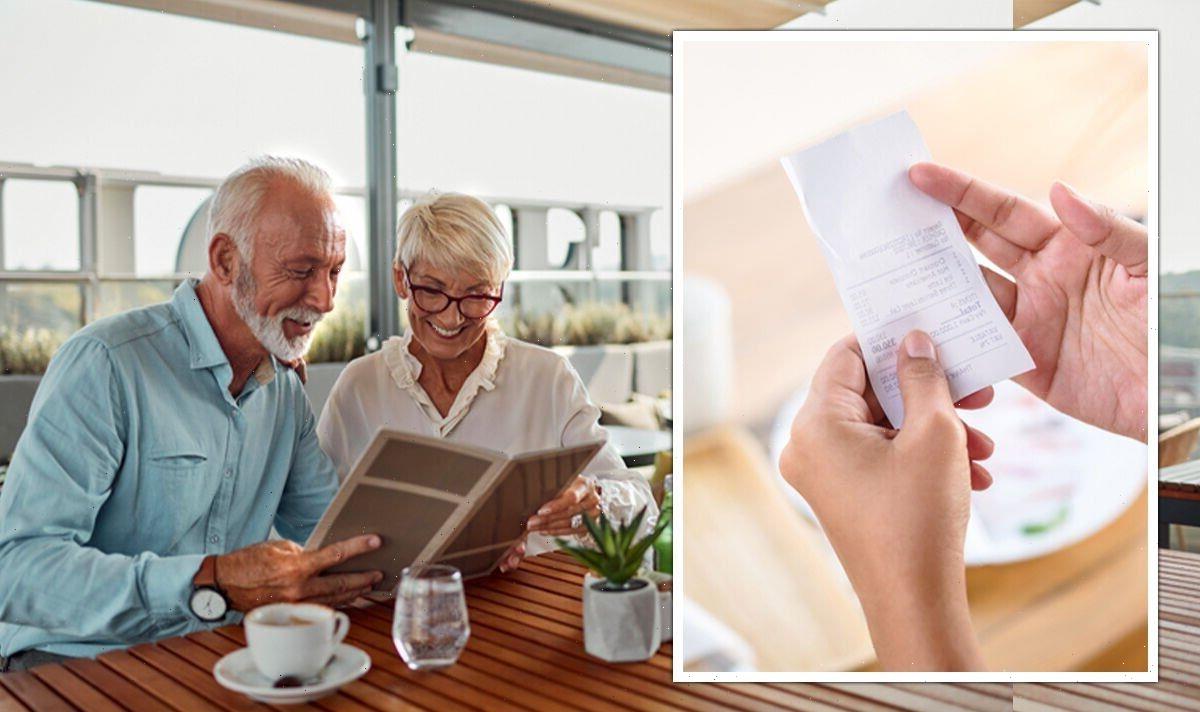 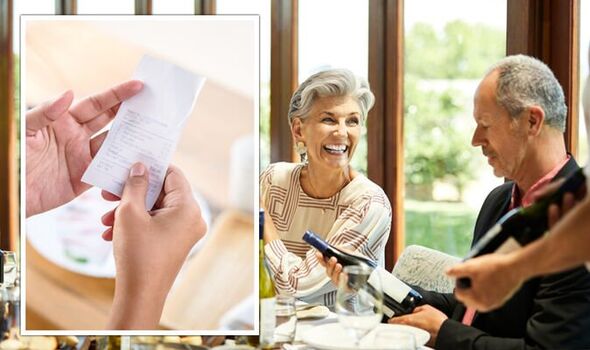 The personal finance expert explained drinking at the bar before your meal makes you more likely to blow your budget. Andrea explained: “If your table isn’t ready, chances are that the front of the house will lead to the bar to buy a drink whilst you wait. However, not only are those drinks increasing the price of your total bill but drinking alcohol before you eat could lead to getting tipsy and, therefore, likely to blow your budget. Instead, try to arrive at your restaurant on time so you don’t fall for this trick.”

Another trick restaurants use to make you buy more is playing certain music to make you eat quicker at lunch, or slower if you’re fine dining.

The money expert said: “Many restaurants play fast tempo music at lunchtime to influence diners to eat quicker, as this helps with the turnover of their tables.

In the same way, lighting is also key to making customers pay up.

She explained: “Similarly, the restaurants that blast up-tempo music are also more likely to use bright, aggressive lightning in an attempt to get you in and out of the door faster.

“Whereas more expensive establishments will opt for mellow lighting to get you in a more relaxed mood and, therefore, more likely to spend time and money in the restaurant.”

The best way to avoid falling into that trap and “not let restaurants influence your spending habits” is “to try to ignore the music” and stick to the amount of time you actually wanted to spend at the venue.

The experts unveiled another trick restaurants use has to do with waiters requesting your drink order as soon as you sit to entice you to make a more expensive decision.

Andrea explained: “This is often a sneaky way of forcing you to decide before you’ve had a chance to look at the cost of drinks. Therefore, you may order a larger glass of wine or your favourite cocktail, both of which could be more expensive than you had anticipated.”

Andrea revealed another trick is often used in the menu: the GBP sign is sometimes missed off menus to dissociate the number from money.

She said: “You may not notice this nifty trick, but many restaurant menus omit the great British pound sign when listing prices. This isn’t a design feature but instead, a psychological decision as studies show that removing the sign disassociates the money from numbers, so you don’t feel like you’re spending money.

“Without it, the number feels meaningless,” she explained.

Another technique restaurants use is the set menus, which can end up costing customers more money. How?

“Many diners opt for the set menu as it feels like you’re getting more bang for your buck, however, this tactic can actually make you spend more money than you would have should the set menu not be an option. Whilst a three-course menu for £20 may seem like a bargain, you may not be that keen on the starter or dessert options but choose them anyway.

“Instead, opting for a £12 main course and £5 dessert, both of which you really like, works out better,” Andrea explained.

In restaurants, appetisers are often served in odd-numbered portions to create a common problem.

Restaurants know that this “makes it awkward to share between two people so this may encourage you to order another one so there’s an even amount that can be split fairly”.

Restaurants also use smaller plates to make it seem like people are getting their money’s worth.

Andrea said that “whilst you may not know the difference, the portion size will look much bigger than should it be placed on a standard sized plate.

“However, this isn’t the only reason they’re used – smaller plates also allow for more table space as you may have numerous drink options, a plant and a candle all of which can take up a lot of space.”