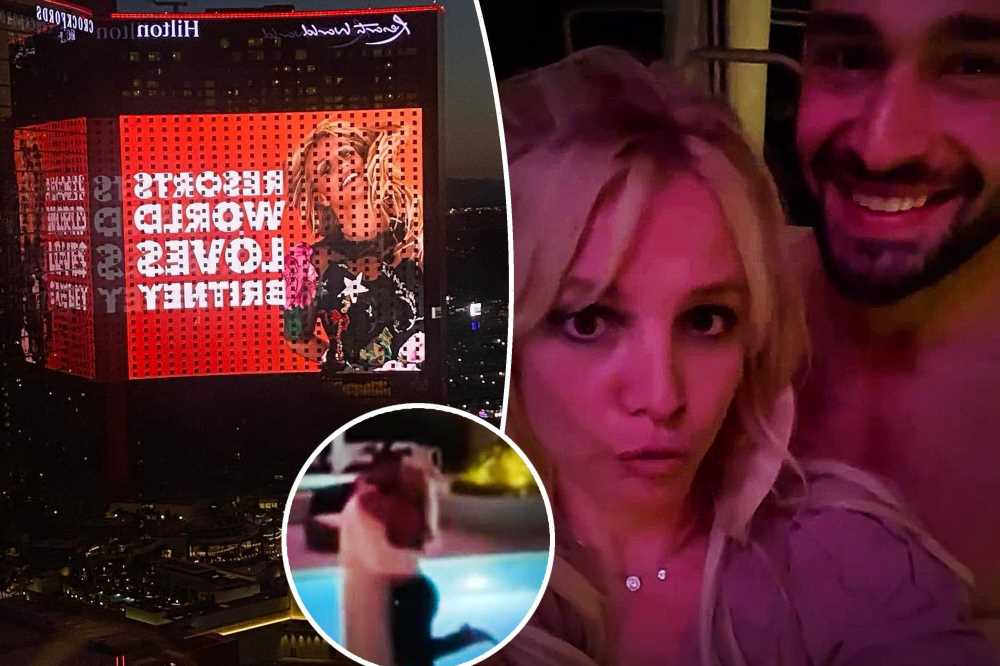 Britney Spears finally got to let her hair down on the Las Vegas Strip.

The pop star — who wrote on Instagram last August that she “went out only two times” during her four-year Sin City residency — made a quick trip to her old stomping grounds with her fiancé, Sam Asghari, and her agent and close friend, Cade Hudson, over the weekend.

“Britney had a great time,” a source tells Page Six exclusively. “There’s a world of difference between Vegas under her conservatorship and Vegas as a free woman, and she gets to experience it with a new set of eyes now.”

Spears, 40, was under a conservatorship for nearly 14 years before a Los Angeles judge determined in November 2021 that it was “no longer necessary.”

The court-ordered arrangement controlled everything from the Grammy winner’s money to her everyday decisions — even while she was grossing nearly $138 million with her “Piece of Me” shows, which ran from 2013 to 2017 at Planet Hollywood.

This weekend, Spears and Asghari, 28, stayed in a suite at Resorts World Las Vegas, which projected a massive photo of her alongside the message “Resorts World Loves Britney” on the side of the 59-story building. 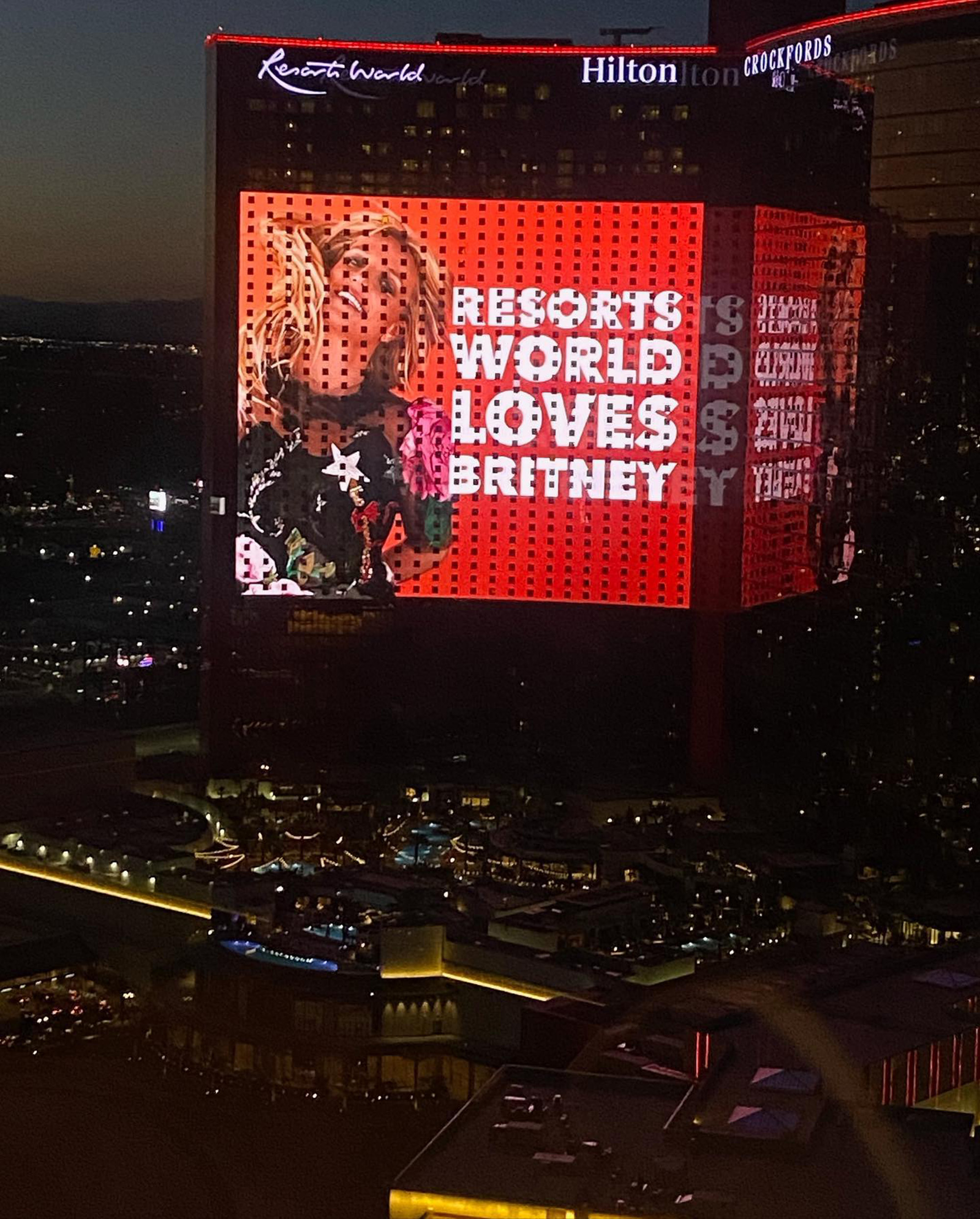 “She loves the property, and we love having her,” the resort’s president, Scott Sibella, told the Las Vegas Review-Journal.

The newspaper reported that Spears, Asghari and Hudson had dinner Friday with legendary showman Jeff Beacher at Catch restaurant at Aria. The next night, the trio went to XS Nightclub at Wynn, where Marshmello performed.

The “Stronger” singer shared several photos and videos from her trip in an Instagram slideshow, including selfies with Hudson and a clip of her and Asghari kissing by a pool. 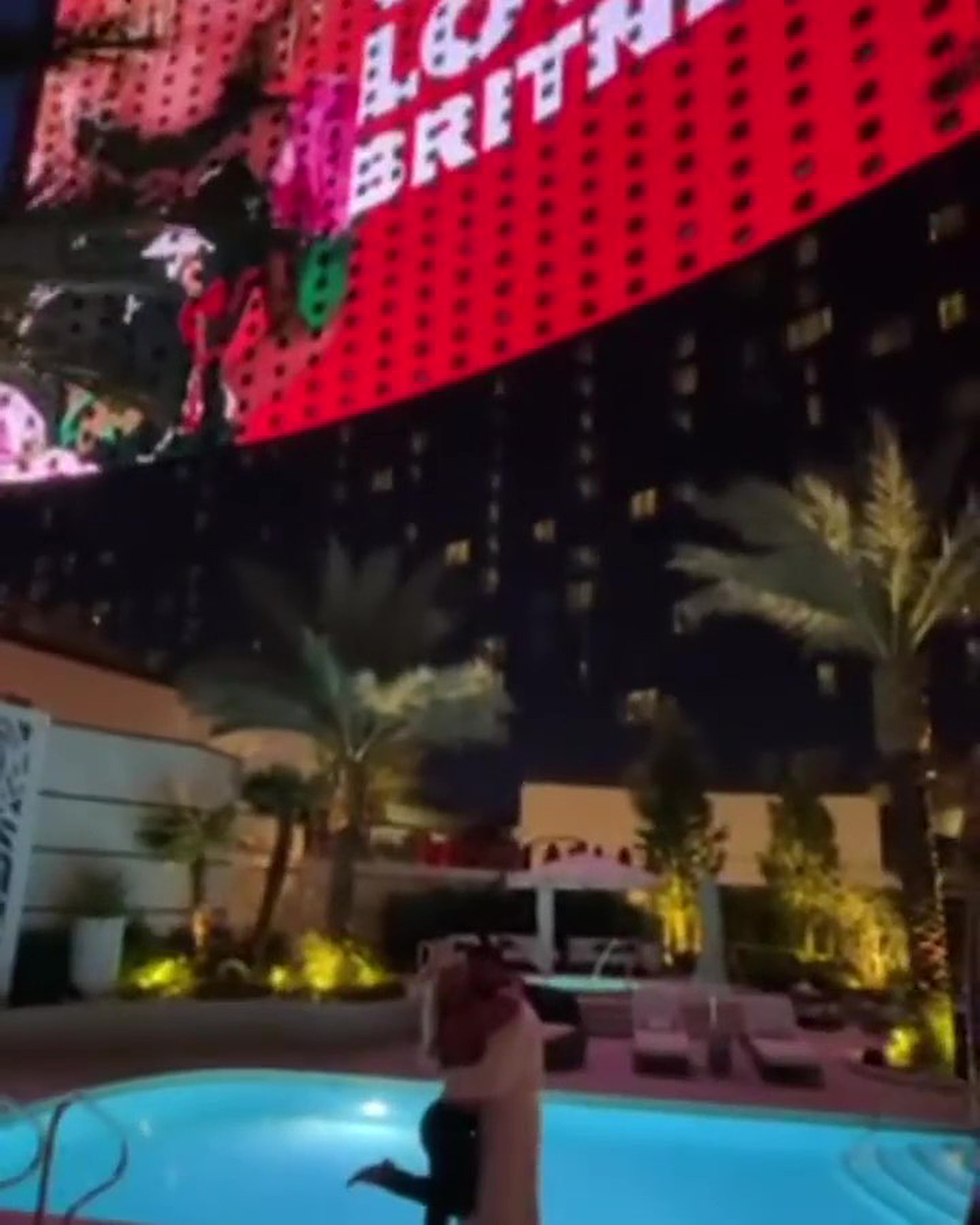 This was not Spears’ first time back in Vegas since her residency ended, but it was her lengthiest stay in recent years. In March, she made an even briefer trip to attend a UFC fight as Asghari’s guest. 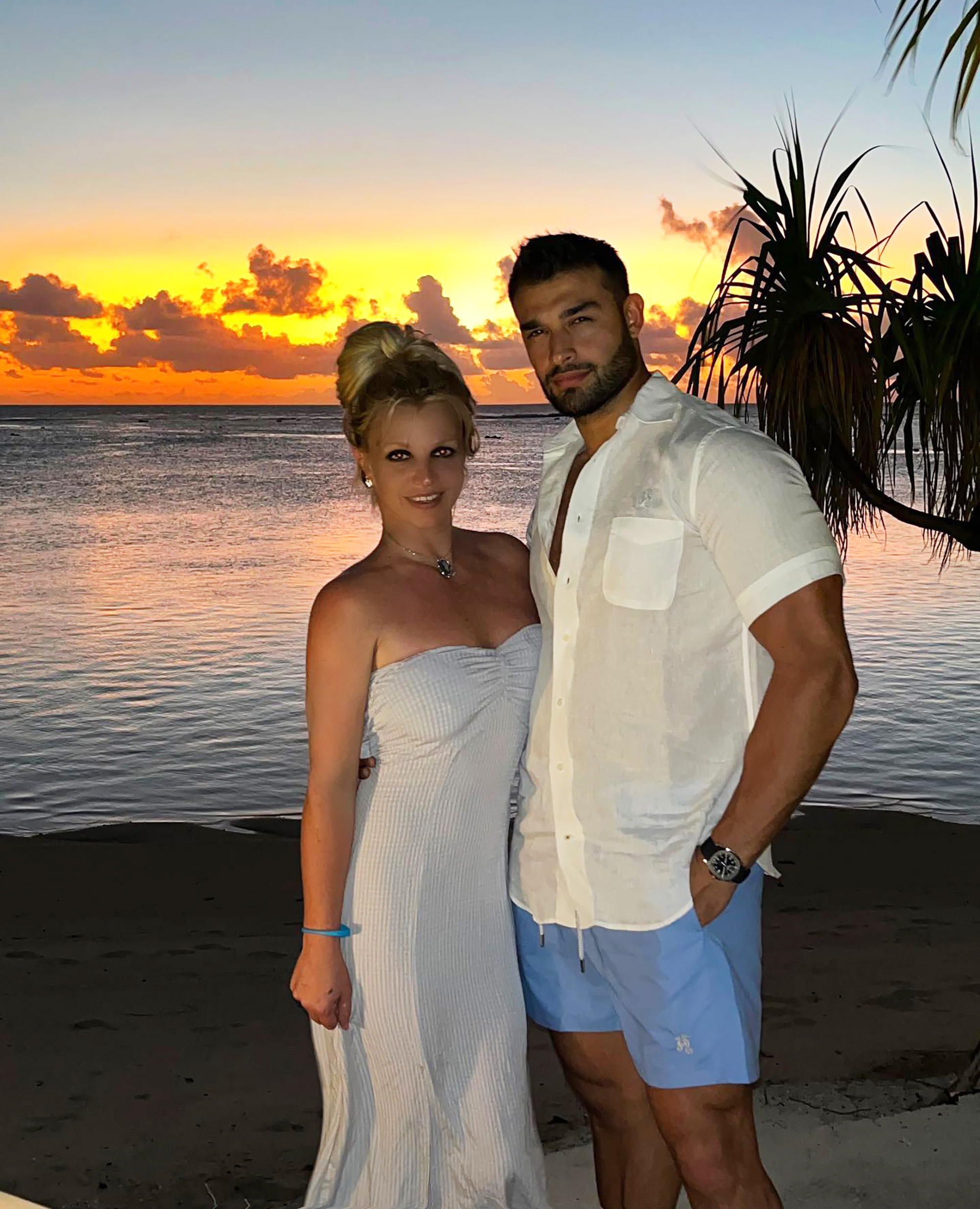 The couple got engaged in September 2021 after nearly five years of dating. They announced in April that they were expecting a baby, but the “Crossroads” star suffered a miscarriage earlier this month.