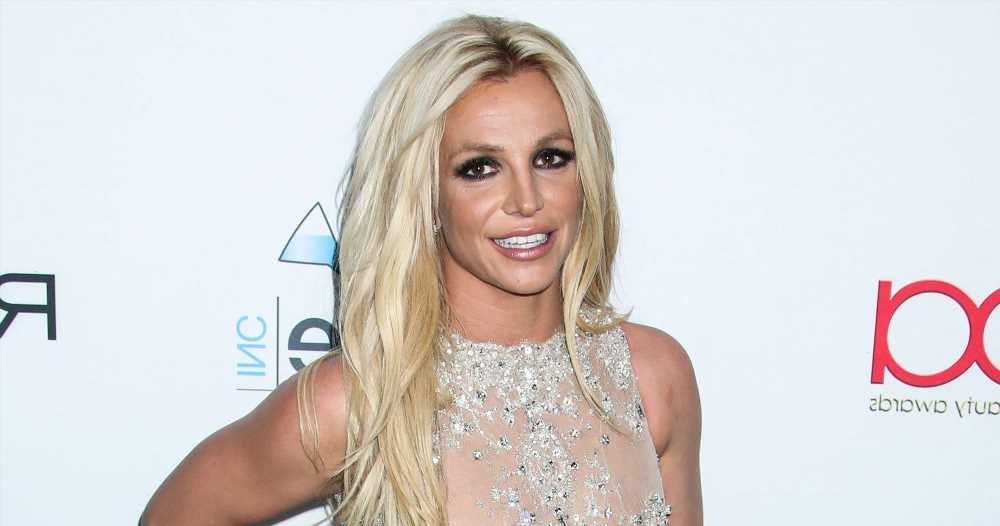 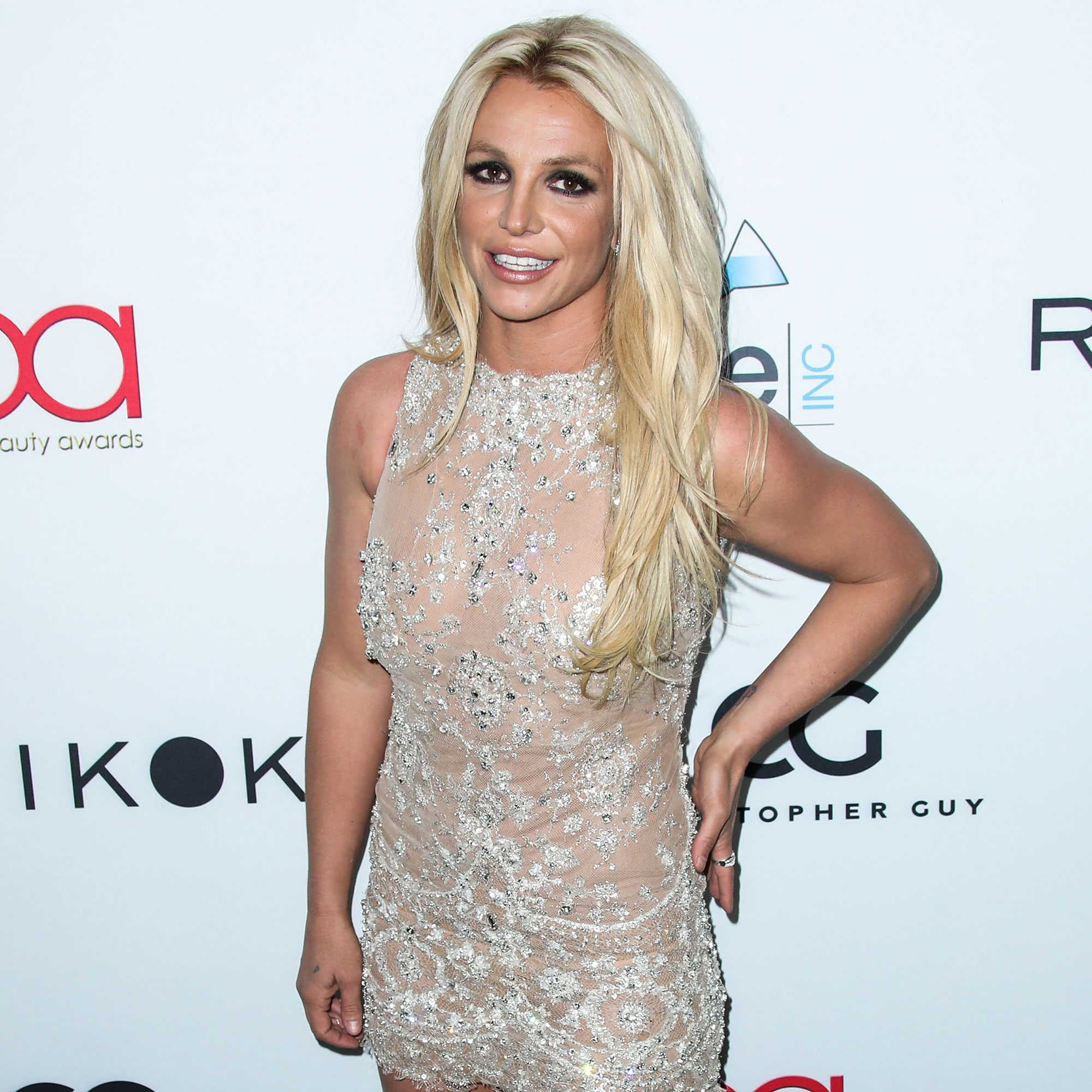 Britney Spears and Sam Asghari: A Timeline of Their Relationship

In a slideshow of images shared via Instagram on Wednesday, June 22, the singer, 40, showed off her new hairdo. Posing in a blue and yellow triangle bikini, Spears sported shoulder-length tresses. She confirmed the chop in the caption of her post and shared that she and Asghari, 28, moved into a new home together.

“Haven’t been on my honeymoon yet … got married and moved into a new house around the same time … not the smartest thing to do,” the hitmaker wrote alongside the post, which shows her standing in her swimming pool. The carousel also showed a clip of her husband diving into the clear blue water. “It’s so weird I wake up and everything is new … new pool … new kitchen … new bed … I think I’m in shock!!! Figuring out a couple of things … I definitely like being outside but I also like being inside.”

The Crossroads star continued: “My yard is sick so my dogs are in pig heaven!!! Change is so great … as my kids say … that’s fetch !!! Since I’m so uncool … yes I will keep sharing … it keeps me on track … my family has always had a way of letting me know … well I guess I have a pretty good way as well !!!” 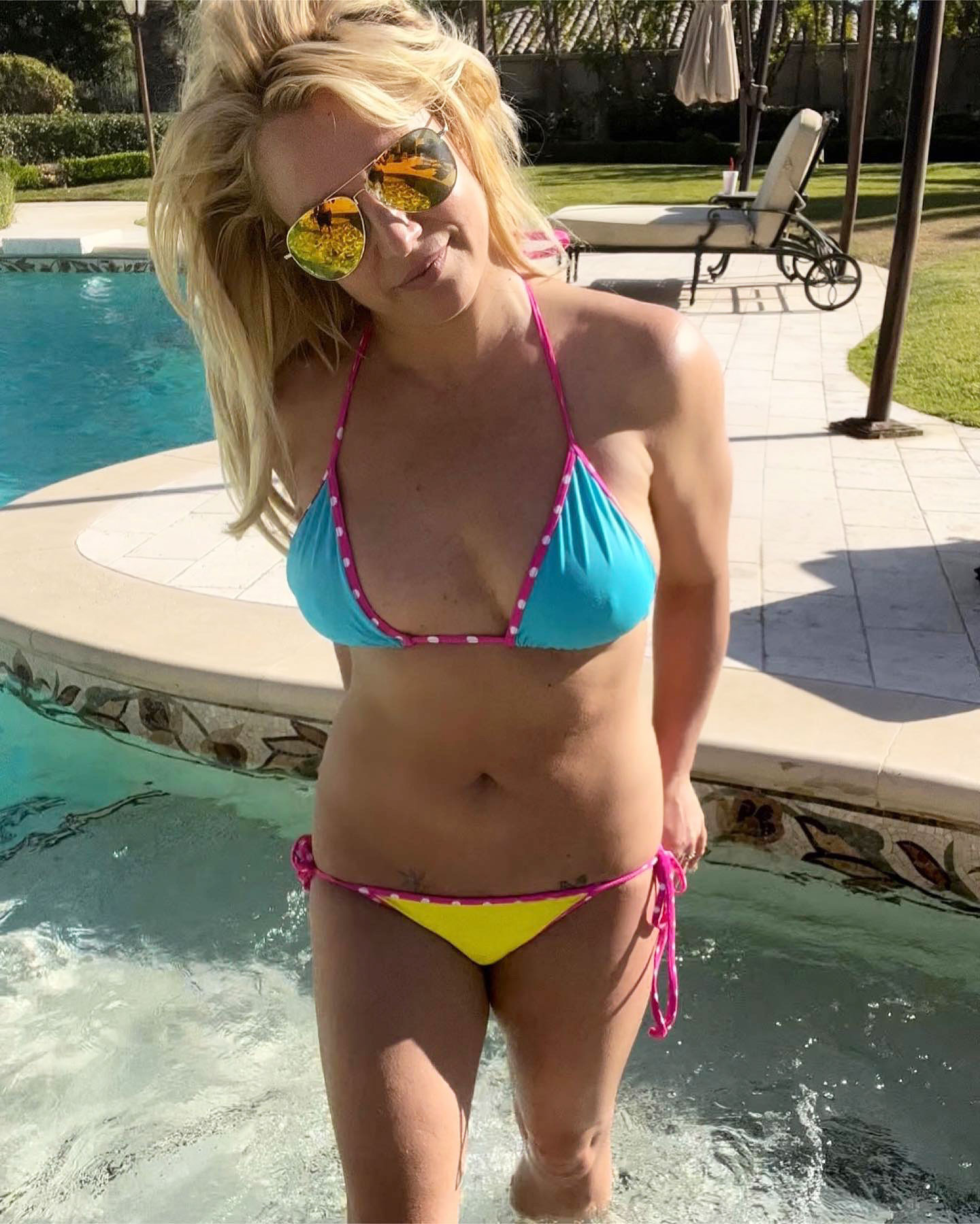 Spears and Asghari tied the knot at her former Los Angeles home on June 9. The “Toxic” singer said “I do” in a custom gown by Donatella Versace. The bride then changed into a black Versace mini dress, a two-toned ensemble and later a red mini dress, a source told Us Weekly. The groom also wore Versace.

The intimate ceremony, which was attended by Spears’ closest friends, including Selena Gomez, Paris Hilton and Drew Barrymore, was an emotional one for the Grammy Award winner.

Britney Spears Wore $570K Worth of Diamonds to Marry Sam Asghari: All the Details

“Britney arrived in this beautiful horse carriage that looked like it came straight from a fairy tale,” a second insider told Us exclusively. “Britney cried during the ceremony and Sam was sweetly wiping her tears.”

The ceremony itself, which lasted just 10 minutes, was officiated by Reverend Clint Hufft, who also married Hilton, 41, and Carter Reum last fall.