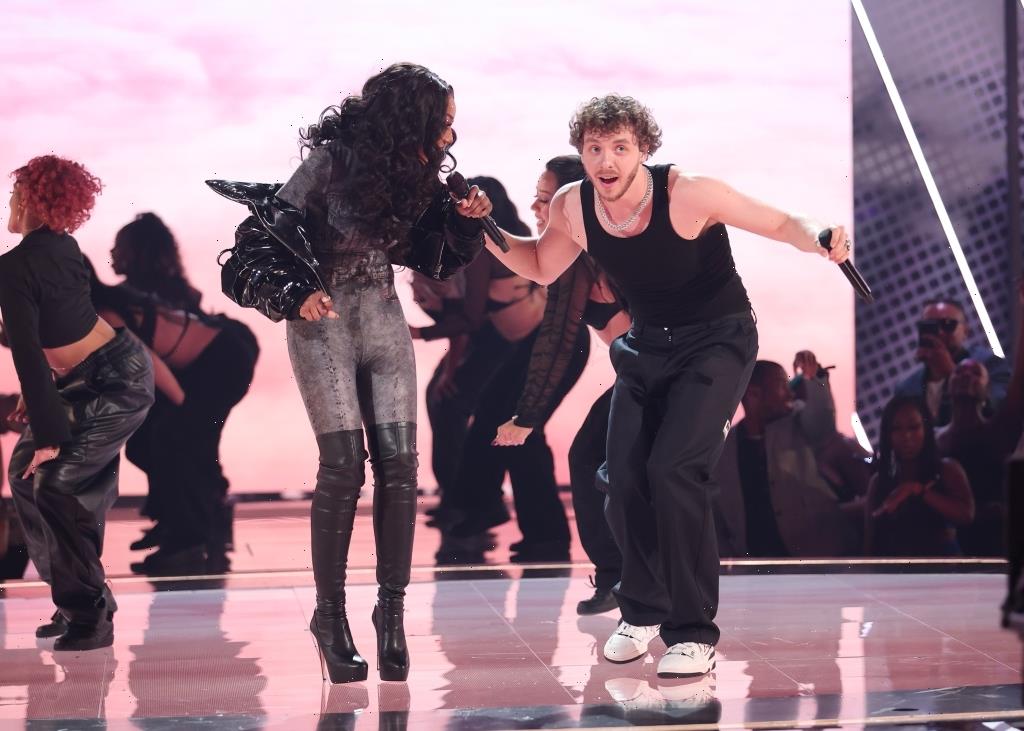 Jack Harlow was joined by Brandy and Lil Wayne for his BET Awards performance on Sunday night. The rapper started his set singing the Lil Wayne-featuring “Poison” on his own before Wayne briefly popped in to deliver his own verse. Harlow also surprised audiences when his second guest, Brandy, popped up on stage to take over “First Class,” singing the freestyle she premiered earlier this year.

The rendition came in response to Harlow’s viral interview in which the 24-year-old couldn’t identify Brandy’s 1998 “Angels In Disguise” and had no idea that the R&B singer was Ray J’s sister.

“Allow me to reintroduce myself, my name is / World-famous, one of the greatest / Living legend, did I mention my résumé is amazing?,” she started as she met Harlow on the stage’s catwalk. As the audience roared, Ray J could be seen excitedly bopping along to his sister on stage as she and Harlow closed the performance. The two shared a friendly hug with smiles stretched across their faces as the last few notes of “First Class” chimed off.

Hosted by Taraji P. Henson, the BET Awards are set to honor mogul Sean “Diddy” Combs with the lifetime achievement award, designed to recognize “those who have not only shaped culture but those who have been leaders in elevating the industry in an impactful way.”

The BET Awards are live from the Microsoft Theatre in Los Angeles. See the updated winners list here.