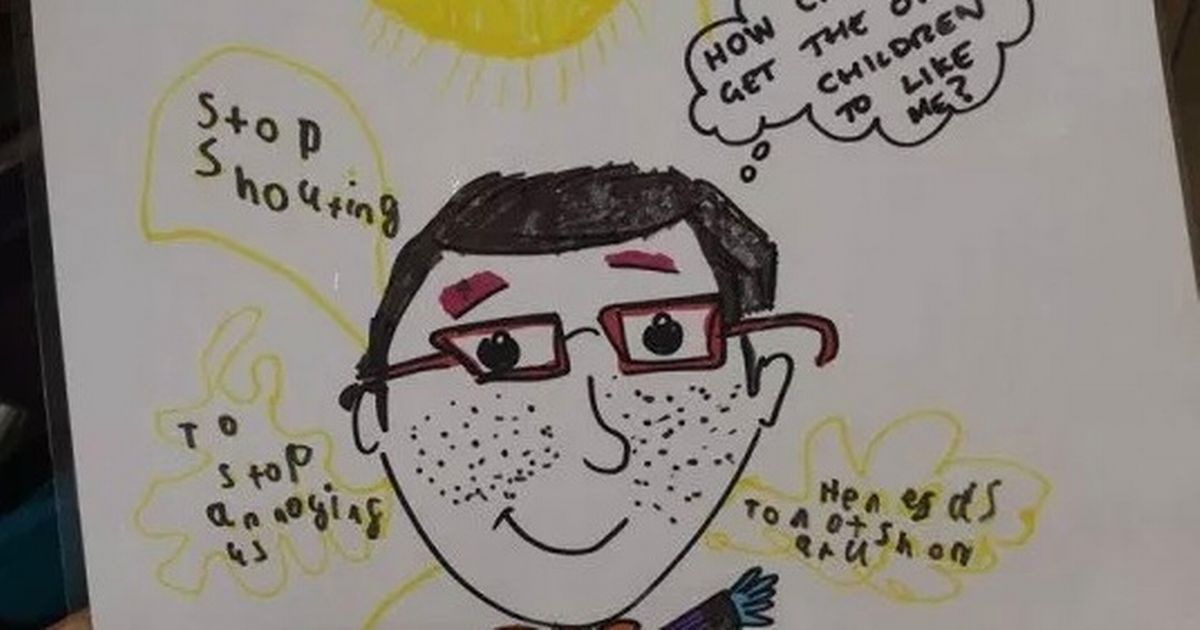 It's a heartbreaking picture no parent would want to be presented with.

Yet at the end of his son's school year, Damian Lightoller was confronted with an image put together to show the youngster why he wasn't "liked" by his classmates.

Damian's son has a number of conditions, including ADHD and autism and had told his behaviour mentor at Allenton Community Primary School, in Derby, that he was being bullied .

It was only when his son's school broke up for the summer and he brought the drawing home that Damian was made aware of the full scope of the situation.

The reasons were written on to a piece of paper and placed on the wall of the classroom following a meeting back in the autumn, in which the boy was told to "be happy, not sad".

Damian told the Observer : "My son sought help from a teacher, and rather than discipline the other children for bullying, [the mentor] blamed the victim and said 'well you need to not do this, this, this and this".'

The result was the drawing, and the pupil having to say why classmates didn't like him as part of what Mr Lightoller claimed the headteacher said was "restorative justice".

The young lad's parents have said the process of "restorative justice" might have actually made the bullying situation worse.