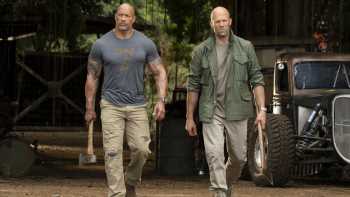 Universal’s “Hobbs & Shaw” returned to first place on the international box office charts, thanks to a massive $102 million debut in China.

In China, “Hobbs & Shaw” set numerous records, including the biggest August opening weekend ever and the second biggest Hollywood debut of the year behind Disney’s “Avengers: Endgame.” It also marks the franchise’s second-biggest launch in the Middle Kingdom, a record still held by 2017’s “The Fate of the Furious” with $184 million.

Disney’s “The Lion King” also hit a new benchmark, crossing $1.5 billion globally to become the ninth-highest grossing movie of all time. Overseas, Jon Favreau’s photorealistic remake of the animated classic is expected to surpass the $1 billion mark on Monday, which would make it only the ninth title to ever hit that milestone. The movie pulled in $30 million this weekend, led by a $15.9 million debut in Italy.

Meanwhile, Sony and Quentin Tarantino’s “Once Upon a Time in Hollywood” had another strong outing, generating $28 million from 55 international markets. That haul lifts ticket sales to $116.6 million overseas and $239.8 million worldwide. Taraninto’s ode to hippie Hollywood launched in five new territories this weekend, including Mexico with $2.4 million, marking the best start of the director’s career in that country.