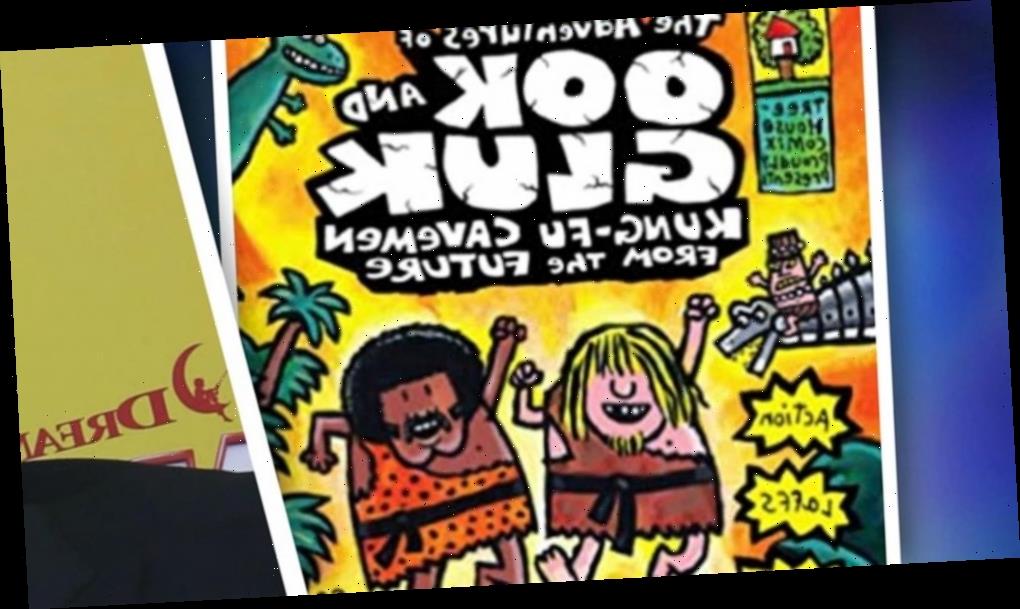 A children’s graphic novel is being taken off of shelves for what its publisher Scholastic calls “passive racism.”

The 2010 book “Adventures of Ook and Gluk” by Dav Pilkey features two time-traveling cavemen who want to save the world and train at Master Wong’s School of Kung Fu.

Scholastic said in a statement that it has removed the book from its websites, stopped fulfillment of any orders, and asked for a return of all inventory. It will also “inform schools and libraries who may still have this title in circulation of our decision to withdraw it from publication.”

The decision came after Billy Kim, a Korean American father, noticed problematic imagery in his sons’ copy of the Pilkey book. He posted a complaint to Change.org, saying the book includes a “‘Kung Fu master’ wearing what’s purported to be a traditional-style Tang coat, dashes for eyes for the Asian characters, and stereotypical Chinese proverbs.”

Pilkey called Kim and his two sons, ages 5 and 7, just a few days after it was posted. He then went on to publicly apologize.

“It was and is wrong and harmful to my Asian readers, friends, family, and to all Asian people,” he said in a statement. He noted that even “unintentional passive stereotypes and racism is harmful to everyone.”

Deadly Atlanta shootings highlight violence against Asian American women: What allies can do to help

Kim said the conversation was “a great example of how open dialogue can bring about positive change,” and added that he and his family remain fans of Pilkey.

“I am grateful that Mr. Pilkey immediately acknowledged my concerns and responded in a collaborative and meaningful way. I do not believe he felt pressured to pull this book out of fear of being ‘canceled,'” Kim said. “Rather, I feel his decisions are a reflection of his empathy and kindness. Our conversation is a great example of how open dialogue can bring about positive change. My family and I remain fans of Mr. Pilkey and his books.”

Pilkey said he’s determined to make this a teachable moment.

He and his wife have pledged to donate the book’s advance and royalties to charities that provide free art services to children from underserved communities, those that promote diversity in children’s books and publishing, and organizations designed to stop Asian hatred.