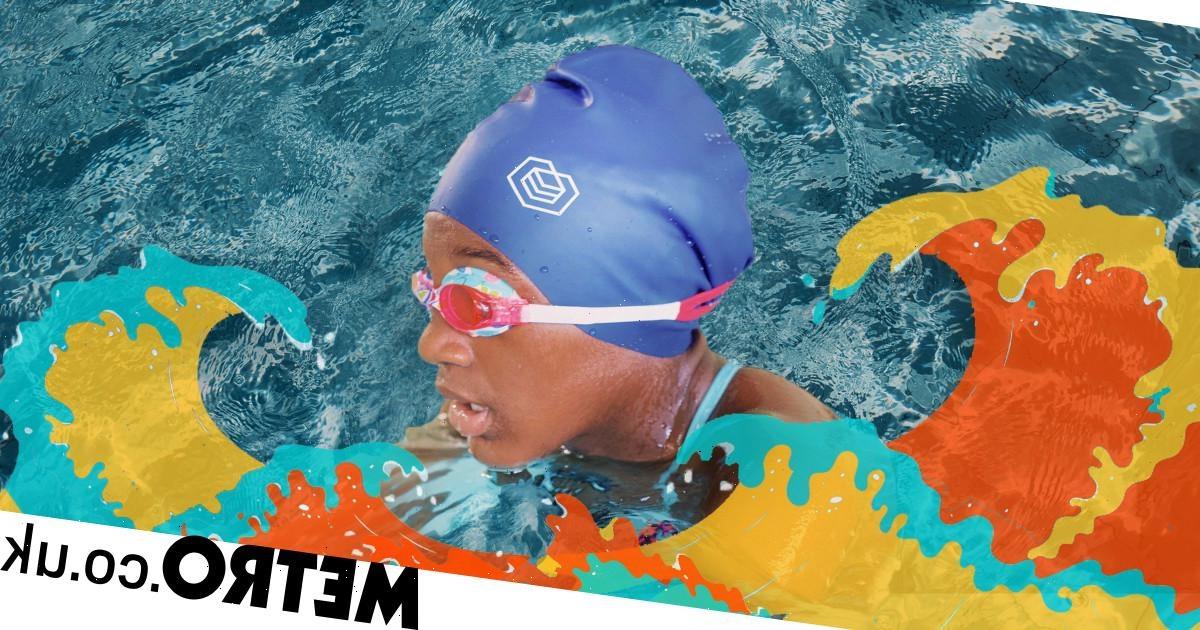 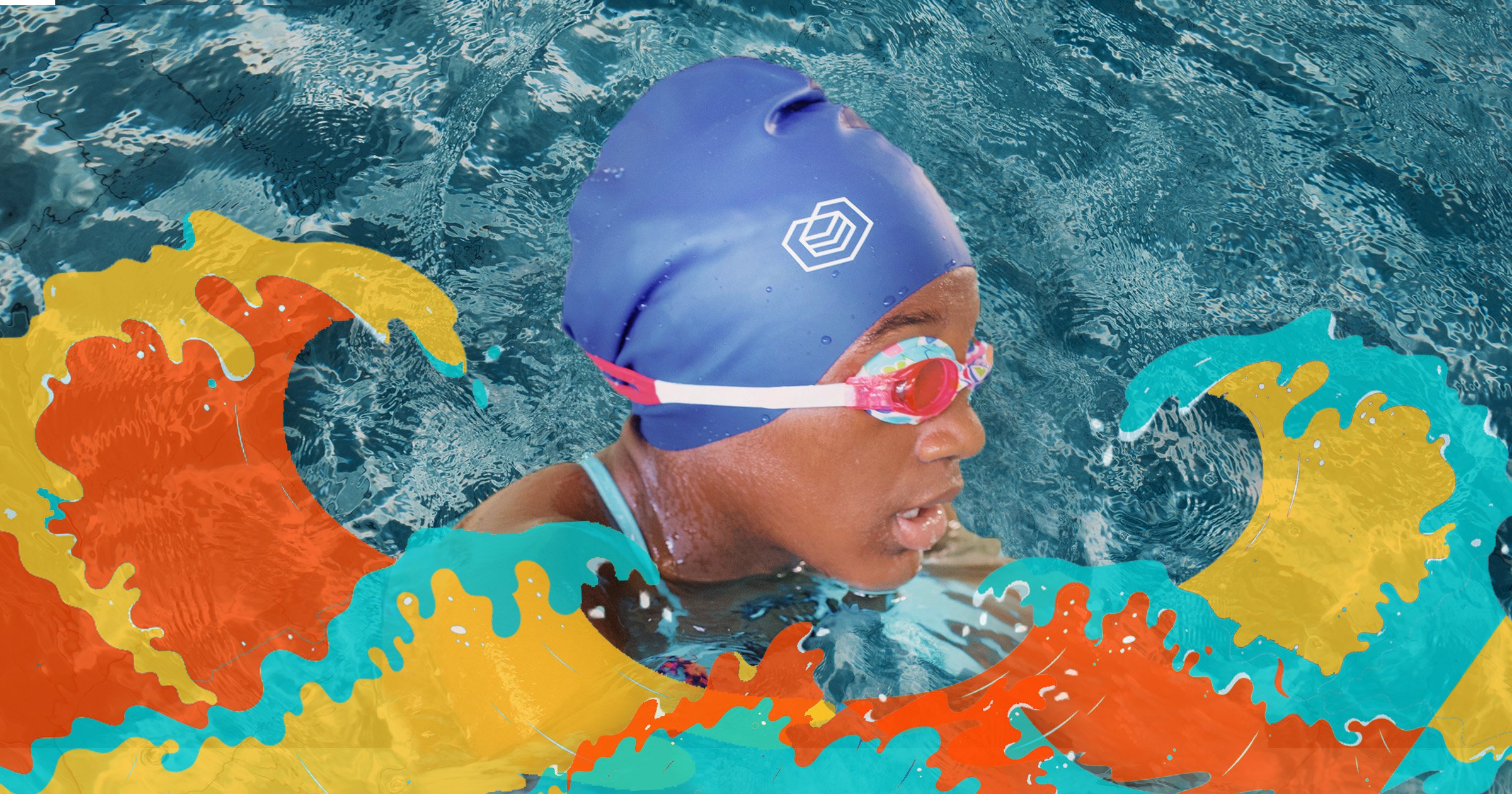 Last week, Metro.co.uk exclusively revealed that a brand of swimming hats designed for Afro hair has been rejected from approval to be worn at the Olympics.

SOUL CAP – designed to accommodate for diverse hair types in swimming – was initially denied by FINA (the federation for international competitions in water sports) from their process to become certified to wear for competition swimming.

Following significant backlash online, the international body has since released a statement saying that it is ‘currently reviewing the situation.’

‘FINA is committed to ensuring that all aquatics athletes have access to appropriate swimwear for competition where this swimwear does not confer a competitive advantage,’ the statement reads.

‘There is no restriction on “SOUL CAP” swim caps for recreational and teaching purposes.

‘FINA expects to make its consideration of “SOUL CAP” and similar products part of wider initiatives aimed at ensuring there are no barriers to participation in swimming.’

FINA also say they plan to speak with the manufacturer of the SOUL CAP about using their products in FINA Development Centres.

However, Black athletes and coaches say this statement doesn’t erase the damage that has been done – or the wider problem of inequality in swimming.

‘It sends a negative message to all young people with Afro hair who have Olympic swim dreams,’ Harley tells Metro.co.uk.

‘It’s also a strong message to parents who will ultimately make a decision whether they want their children participating in a sport which, at the highest level, lacks consideration and thought for inclusivity.’

Stats revealed by Sport England last year found that 95% of Black adults and 80% of Black children in England do not swim.

One in four Black children leave primary school not knowing how to swim.

‪Research also shows that the risk of drowning is higher in Black and ethnic minority communities.

Harley says this worrying inequality is a trend that spreads into swimming at the competitive level too.

‘Adding barriers to the top of our sport, which specifically target swimmers with Afro hair, for me is a form of systemic racism whether it’s intended or not,’ she adds.

Harley says she welcomes the fact FINA are now reviewing their decision and hopes the outcome is positive.

‘But, if it isn’t, I would expect FINA to work with SOUL CAP and other similar companies to establish a solution to an issue which shouldn’t exist in 2021,’ she says.

Poppy Bogle, 31 from London, has been swimming – at varying levels of competition – for as long as she can remember.

She tells us she was baffled at the move to deny the hats from the Olympics and international swimming competitions. For Poppy, the rejection of SOUL CAP signals that the sport still has such a long way to go in terms of equality and inclusion.

‘As a woman of colour who has been swimming for such a long time, hearing the decision from FINA was deeply saddening,’ Poppy tells Metro.co.uk.

‘The comments from the governing body stating that the caps aren’t “suitable” feels like utter segregation, rather than acceptance and inclusivity in the sport.

‘Globally, we should be influencing more people to take part in sports like swimming, and this decision does not enable that.’

A statement from Swim England acknowledged just how important inclusive kit can be in improving participation for under-represented groups in swimming.

‘We would like to reassure all our members and the wider swimming community that we embrace their use for participation, training and racing,’ reads the statement

‘These hats are permitted at all Swim England clubs and competitions under our auspices.’

But, in a year when Great Britain has their first ever Black swimmer representing the nation at the Olympics – Alice Dearing – what message does this ban send to young Black swimmers hoping to follow in her footsteps?

Tony Cronin, a Black swimming coach at Hackney Aquatics says he is disappointed but ‘not surprised’ at the way FINA handled this issue.

‘FINA could have used this as an opportunity to support and work with SOUL CAP to ensure that they acknowledge the diversity of competitive swimmers,’ says Tony. ‘Instead, they showed their ignorance.

‘As a swimming coach, I have seen many young swimmers from ethnic minority backgrounds quit for multiple different reasons – but ultimately it comes down to them feeling like they don’t belong in the sport. That’s why a lot swimmers enjoy when I coach them as I can relate.

‘This initial decision by FINA could discourage young swimmers from ethnic minority backgrounds to pursue swimming competitively. as it shows that they have failed to acknowledge the diversity of competitive swimmers in 2021. They are only reviewing their decision due to a global uproar.

‘FINA are taking a step in the right direction. However, I’m sure a lot of people including myself can’t forget how they initially handled this.’

Danielle Obe, chair and co-founder of the Black Swimming Association [BSA] adds: ‘The message that has emerged from its initial decision severely impacts every tier that exists in the sport of swimming; from grassroots and recreational to elite and professional.’

The BSA advocates for diversity in aquatics, and to break down the barriers they say ethnic minority communities have faced in water sports.

Their aim is to increase the number of Black and Asian people in the swimming workforce by 2024. A move which they think could help prevent issues like this occurring in the future.

‘In a time where we’re working to make the world of aquatics as accessible and inclusive as possible, we question why FINA has come to its decision in banning a product that serves to do exactly that.’

We have approached FINA directly for comment. This article will be updated if we receive a response.

The State of Racism

This series is an in-depth look at racism in the UK in 2020 and beyond.

We aim to look at how, where and why individual and structural racism impacts people of colour from all walks of life.

It’s vital that we improve the language we have to talk about racism and continue the difficult conversations about inequality – even if they make you uncomfortable.

We want to hear from you – if you have a personal story or experience of racism that you would like to share get in touch: [email protected]