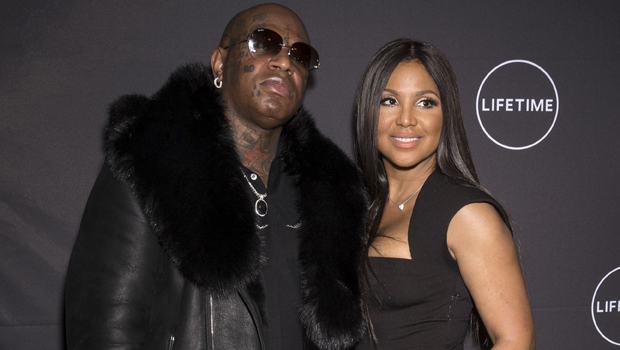 Birdman opened up about his relationship status with Toni Braxton after rumors have been circulating that they broke up, and admitted he’s not appearing on TV anytime soon, in an EXCLUSIVE interview with HL.

Birdman, 50, took the time to talk about his new Cash Money/Groundwurk Studios film Tazmanian Devil and his personal life, including those Toni Braxton, 51, breakup rumors, when he celebrated the release of his work as an EP on the new project at Cecconi’s in West Hollywood, CA on June 22. The rapper teamed up with his longtime music producing partner, Benny Boom, on the Solomon Onita, Jr. Nigerian immigrant drama and is psyched about it all coming to fruition. “Benny gave me a call and I just like the whole prospect of being together at any chance, kind of like what I do with music,” he EXCLUSIVELY told HollywoodLife at the event. “You see talent and you give them a chance and let them explore it.. Me and him, with having a long relationship, seeing talent in a young man and to give him an opportunity, I was all for that.”

Unlike his new project, though, Birdman revealed that he likes to keep his personal life as private as possible which is why he doesn’t post a lot on social media and it’s why he hasn’t commented on the breakup rumors with Toni, which have been following them for various reasons over the past few months. When we asked him how things are with him and singer, who he got engaged to in Feb. 2018, however, he assured us it’s all good. “Straight. She’s straight. We good,” he said. “I ain’t the one to give my life like that. I feel my life is my personal life especially with my kids. I’ve never been the kind of man to exploit my kids on social media or my personal life. I only use it for business, movie driven, that’s all I ever use it for.”

The talented musician’s desire for privacy most likely means he won’t appear on Toni’s reality series Braxton Family Values anytime soon. “I stay off the media business! My personal life — I don’t believe everybody should have exposure to that. I’ve never been that kind of man and I never will,” he explained. He further solidified our assumptions about how he won’t appear on the series when we asked him whether or not we would see him on TV in the near future. “No!” he exclaimed with a laugh.

One thing Birdman will be doing though is possibly getting involved in more producing in the future. His new highly anticipated film, which is about a 19-year-old Nigerian immigrant who moves to the U.S. and struggles to balance his conflicting desires to join a college fraternity and bond with his estranged father, doesn’t have a release date yet, but Birdman admitted it’s a start for a new career path. “It’s a start up what we’re trying to do, like find young producers like this young man and give them an opportunity,” he said.