Billie Eilish’s confidence is blossoming along with her career.

The 19-year-old “Bad Guy” singer was the belle of the ball on Monday night’s Met Gala 2021 red carpet, sweeping up the museum’s steps in a nude tulle gown by Oscar de la Renta equipped with a dramatic train.

The look was a sharp departure from Eilish’s signature baggy outfits — but as the superstar told Vogue, it actually marked a return to her sartorial roots.

“Big dresses were my favorite thing when I was a kid,” she said. “I had so many dresses; I would wear a dress every single day.”

Added Eilish, “It’s really body image that tore that s—t down. Why do you think I’ve been dressing the way I have for years?”

The “Lost Cause” chart-topper has previously spoken out about adopting oversized silhouettes to protect herself from being body-shamed, and has faced cruel comments for wearing more form-fitting styles like tank tops and swimsuits.

“I thought that I would be the only one dealing with my hatred for my body, but I guess the internet also hates my body. So that’s great,” Eilish said earlier this year in a Vanity Fair interview.

She further clapped back at critics in her track “Not My Responsibility,” which Eilish debuted as a short film in 2020 before including in her 2021 album “Happier Than Ever.”

“If I wear what is comfortable, I am not a woman. If I shed the layers, I’m a slut,” she says. “If I wear more, if I wear less, who decides what that makes me? What that means? Is my value based only on your perception? Or is your opinion of me not my responsibility?”

Eilish’s viral British Vogue cover story, for which she posed in pinup-style lingerie looks, marked a turning point. “Her style began to evolve,” explained the magazine’s style director, Dena Giannini, who dressed the singer for both the sultry spread and this year’s Met Gala. 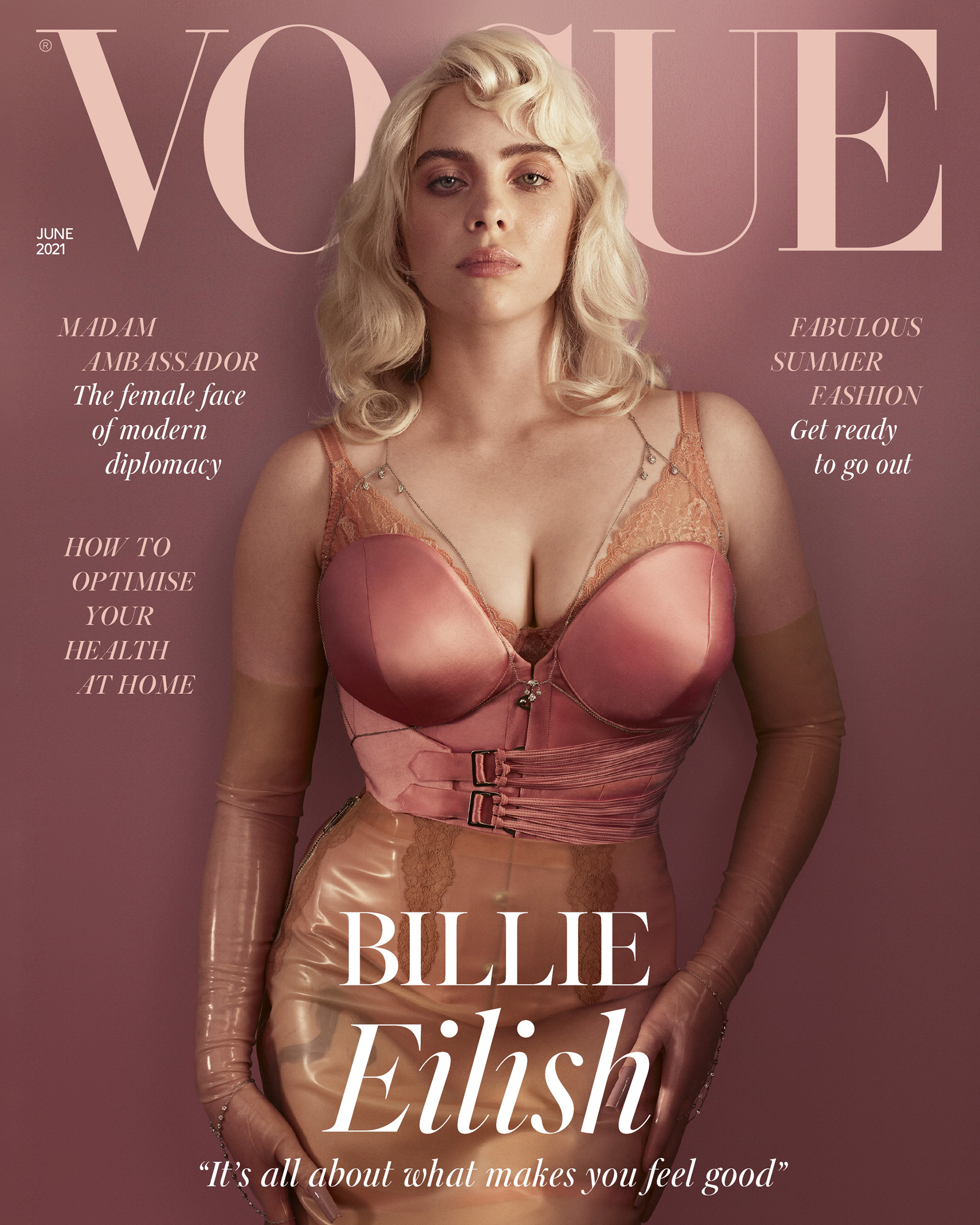 Eilish’s gown for the Vogue-hosted fête was inspired by the tulle dress Marilyn Monroe wore to the 1951 Oscars; despite being blush instead of black, it shares the same off-the-shoulder neckline, nipped-in waist and full skirt.

“I knew I wanted something big, with a corset,” the pop star told Vogue. “I love corsets; I have a lot of corsets at home.”

And speaking with E! on the Met Gala carpet, Eilish seemed self-assured in the glamorous style.

“This is the first thing I’ve done in this realm at all,” she said. “It just was time. It was time for this and I feel like I’ve grown so much in the last few years and my confidence … I’m so excited. I have butterflies. I couldn’t be happier.” 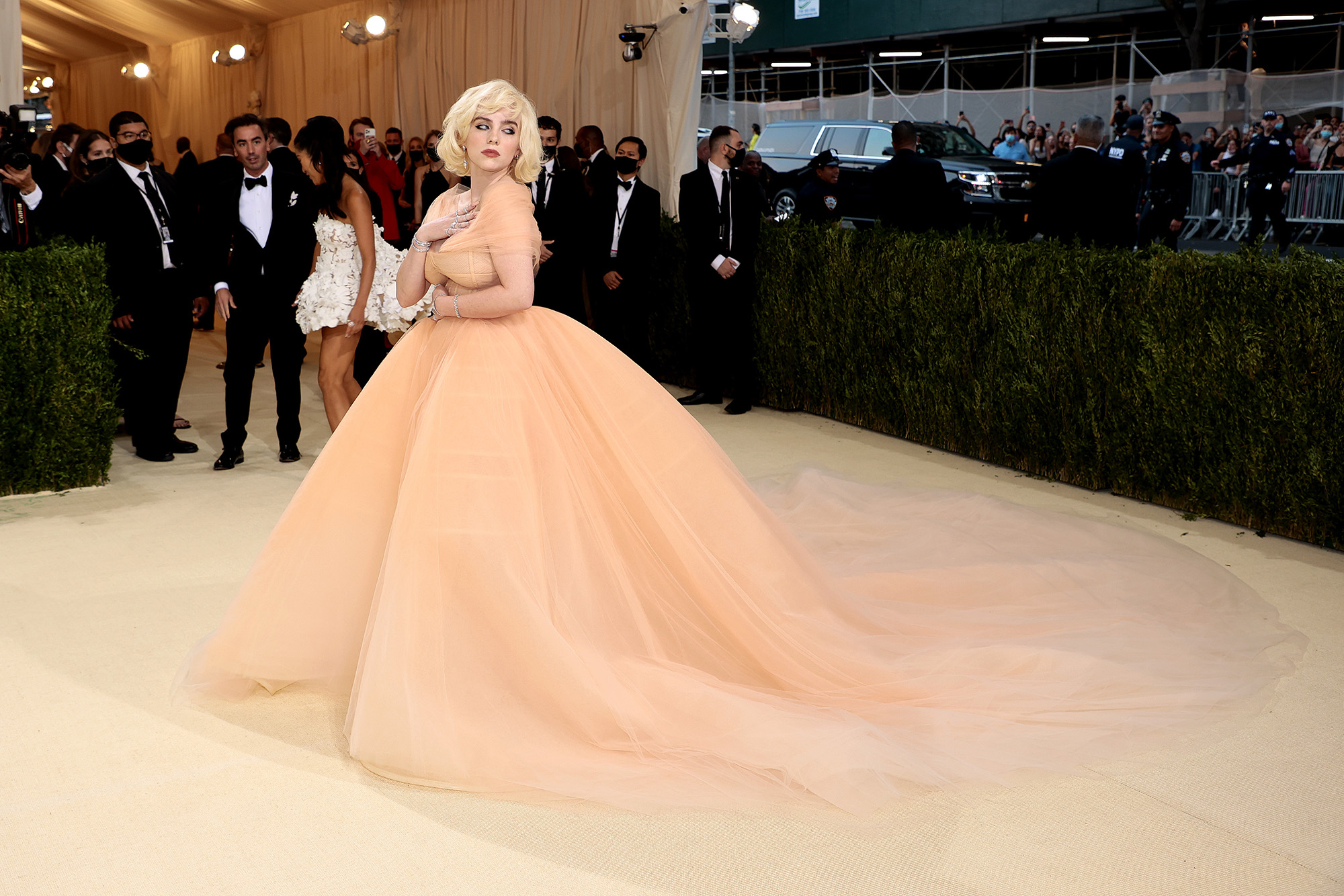