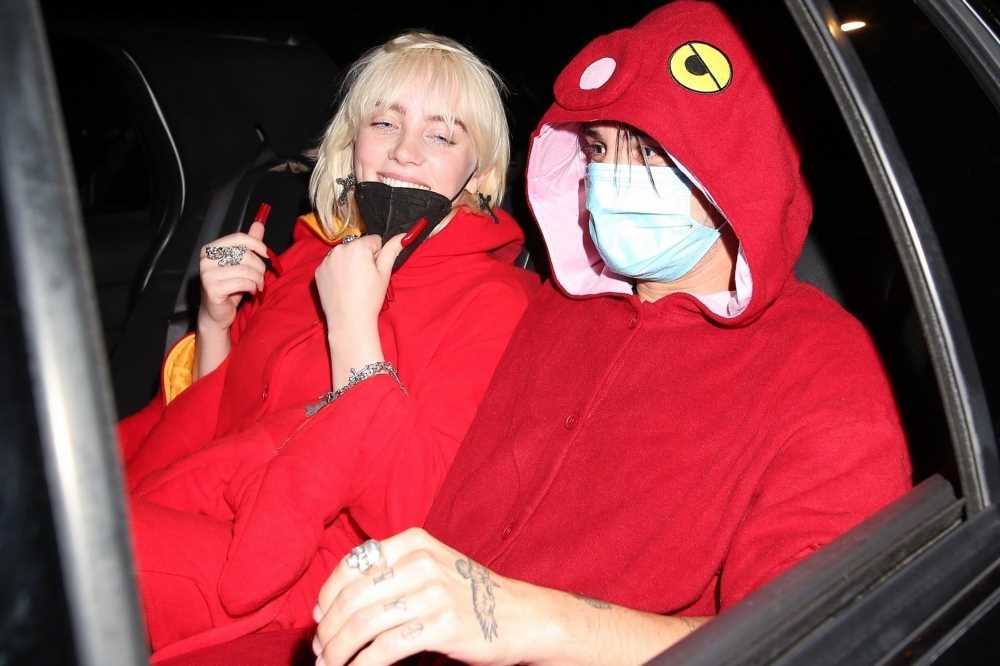 Billie Eilish on meeting William and Kate: ‘I can’t complain’

Billie Eilish had love on the brain and she wasn’t hiding it at Doja Cat’s 26th birthday party at LA hotspot Delilah on Wednesday night.

The “Bad Guy” singer arrived at the undersea-themed bash with her self-described “actor, writer, degenerate” boyfriend Matthew Tyler Vorce — and we’re told they were “inseparable.”

Just in time for Halloween, Eilish wore a lobster costume, and she and Vorce “were inseparable, sharing kisses,” a spy told Page Six.

“They kept close to each other the whole night and never left each other’s side,” they said.

Eilish, 19, and Vorce started dating earlier this year but weren’t seen publicly until April when Page Six published exclusive photos of the duo out together in Santa Barbara, Calif.

“Everyone was going up to her and giving her hugs and saying ‘Happy Birthday,’” the source said.

Celeb couple Justin and Hailey Bieber were also on the scene.

Doja Cat wore a sexy pale blue bandeau and loincloth-like skirt and sported a white wig as she channeled Princess Kida from “Atlantis: The Lost Empire,” according to Page Six Style.

“[Doja Cat] was in the best spirits celebrating with her friends and family. The DJ played a couple of her songs, and everyone was dancing and singing along,” the source said.

We’re told the singer and her pals including Eilish had a sing-off around her “big blue birthday cake of Ariel, the mermaid under the water.”