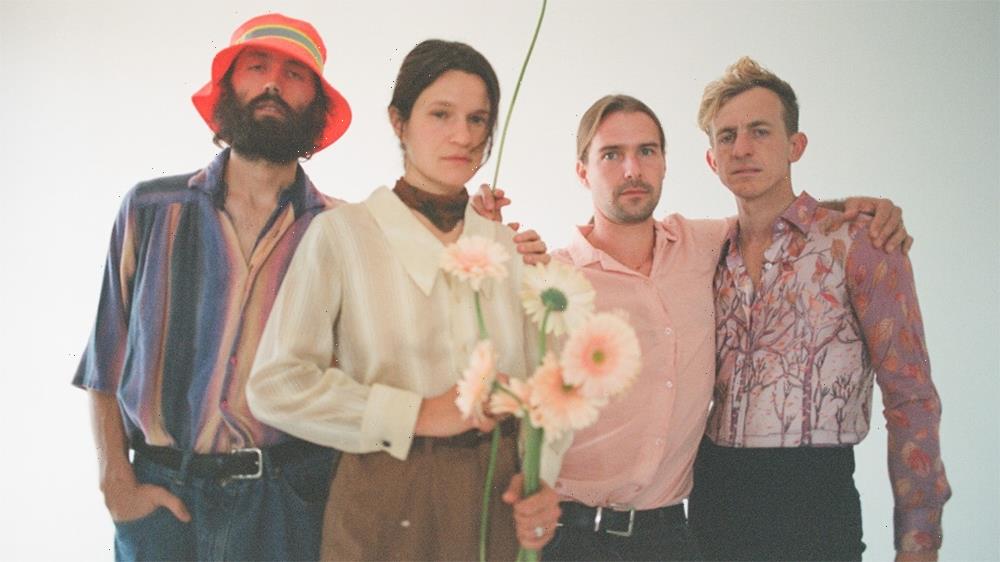 The indie band Big Thief has announced the cancelation of two concerts in Tel Aviv following a preemptive Instagram post meant to explain their decision to play in Israel. The shows were scheduled for July 6 and 7 at the Barby club. There was no promoter attached to the dates, which would have wrapped their European tour.

On June 2, the group, which is comprised of Adrianne Lenker, Buck Meek, James Krivchenia and Max Oleartchik, wrote, “We are excited to announce two shows in Max’s hometown, Tel Aviv, Israel.” Accompanying the announcement, the band explained its desire to “clarify our motivations and intentions for playing in Tel Aviv, Israel, with as much transparency as possible.” They went on to say that, having grown close as a band — especially during the pandemic, when much of their double album, “Dragon New Warm Mountain I Believe In You,” was recorded —  they felt an importance “to share our homes, families and friends with each other in order to gain a deeper understanding of one another and the people and places that have made us who we are. It is important for us to go where we have family to share space and play for them. It is foundational. It is in that spirit that we made our decision to play in Israel.”

The post noted an awareness of the BDS movement (for Boycott, Divest, Sanction) “and the desperate reality of the Palestinian people” and defended, “We don’t claim to know where the moral high ground lies and we want to remain open to other people’s perspectives and to love beyond disagreement. We understand the inherently political nature of playing there as well as the implications. Our intention is not to diminish the values of those who support the boycott or to turn a blind eye to those suffering. We are striving to be in the spirit of learning.”

Despite pledging to donate the show’s profits to NGOs providing medical and humanitarian aid to Palestinian children, the backlash was apparently too much for the band to bear, and a week later, Big Thief pulled out of the shows.

Of their decision to cancel, the band stated that “not knowing ‘where the moral high ground lies’ was in specific reference to playing shows in Israel during a time when BDS is calling for a cultural boycott. … To be clear, we oppose the illegal occupation and the systematic oppression of the Palestinian people. We believe in total freedom and self-determination for all Palestinians.”

“We have much to learn,” the band continued in a statement posted to their Instagram and other social media accounts. “We acknowledge that aspects of our previous post were written unclearly and in avoidance of the magnitude and importance of this conversation. We also recognize there are limitations in our perspectives based on our various layers of privilege. … Our intent in wanting to play the shows in Tel Aviv stemmed from a simple belief that music can heal.” (Big Thief declined an interview with Variety.)

Indeed, that belief — that art can unite rather than divide — has been top of mind for the international artists who have played in the country in recent years. While nearly as many acts have canceled (among them: Lorde, Lana Del Rey, Elvis Costello, Thurston Moore and Lauryn Hill), it remains unclear whether such cultural boycotts yield tangible results beyond the ping-ponging rhetoric, and the assured disappointment of fans who live in Israel, a melting pot of cultures, ethnicities and religious beliefs.

Radiohead’s Thom Yorke said as much in 2017 ahead of his band’s performance in Israel. Like Big Thief, a member of the group, Jonny Greenwood, has a family connection to Israel (Greenwood’s wife is Israeli-Arab). “There’s an awful lot of people who don’t agree with the BDS movement, including us,” Yorke told Rolling Stone at the time. “I don’t agree with the cultural ban at all, along with J.K. Rowling, Noam Chomsky and a long list of others. … All of this creates divisive energy. You’re not bringing people together. You’re not encouraging dialogue or a sense of understanding. Now if you’re talking about trying to make things progress in any society, if you create division, what do you get?”

That sentiment is shared by Ari Ingel, director of Creative Community For Peace (CCFP), a non-profit organization comprised of prominent members of the entertainment industry who have come together to promote the arts as a means to peace.

“Instead of using their voices as artists to bring people together and amplify the many coexistence organizations working to bring Palestinians and Israelis together through music, arts, and culture on the ground, all Big Thief has done is created greater animosity and caused more divisiveness,” Ingel says in a statement to Variety. “They have given in to the demands of a boycott movement that openly rejects coexistence and seeks the destruction of Israel, undermining principles of engagement, tolerance, and dialogue.”

Citing comments made by Nick Cave, Ingel adds: “The cultural boycott of Israel is cowardly and shameful. Israel is a real, vibrant, functioning democracy — yes, with Arab members of parliament — and so engaging with Israelis, who vote, may be more helpful than scaring off artists or shutting down means of engagement.”

“Ultimately, the boycott is an affront to Palestinian and Israeli moderates alike who are seeking to reach peace through compromise, exchange, and mutual recognition,” Ingel continues Music in Israel brings people together of all backgrounds — Jews, Arabs, Bedouins, Black, White, Muslims, and Christian — and concerts in Israel play a small yet crucial role in hopefully achieving that peace.”

“Though we are disappointed by this decision, we are heartened by the many hundreds of artists, from Maroon 5, OneRepublic, and Maluma to the Black Eyed Peas, Justin Bieber and Jennifer Lopez, who continue traveling to and performing in Israel every year, bringing with them a message of peace.”

Maroon 5 played two shows in Tel Aviv last month, selling out the first with over 40,000 attending. Recorded music revenue in Israel saw a 10% uptick in 2021, according to the IFPI, and the city is home to the Tel Aviv outposts of Universal Music Group and Warner Music.

The next western act scheduled to appear in Israel is Iggy Azalea, who’ll perform on Friday (June 10) as part of Tel Aviv’s Pride parade.

Said Ron Huldai, the Mayor of Tel Aviv-Yafo: “Tel Aviv-Yafo is a home for every minority group or community that resides here and will continue to march with the LGBTQ+ community in continuation of their fight for equal rights. Pride events in Tel Aviv-Yafo are a longstanding tradition centered on messages of equality and acceptance. … This year’s pride events will symbolize the ‘Return to Pride’ and allow thousands of revelers to participate in a display of tolerance, inclusivity, diversity and acceptance of one another.”