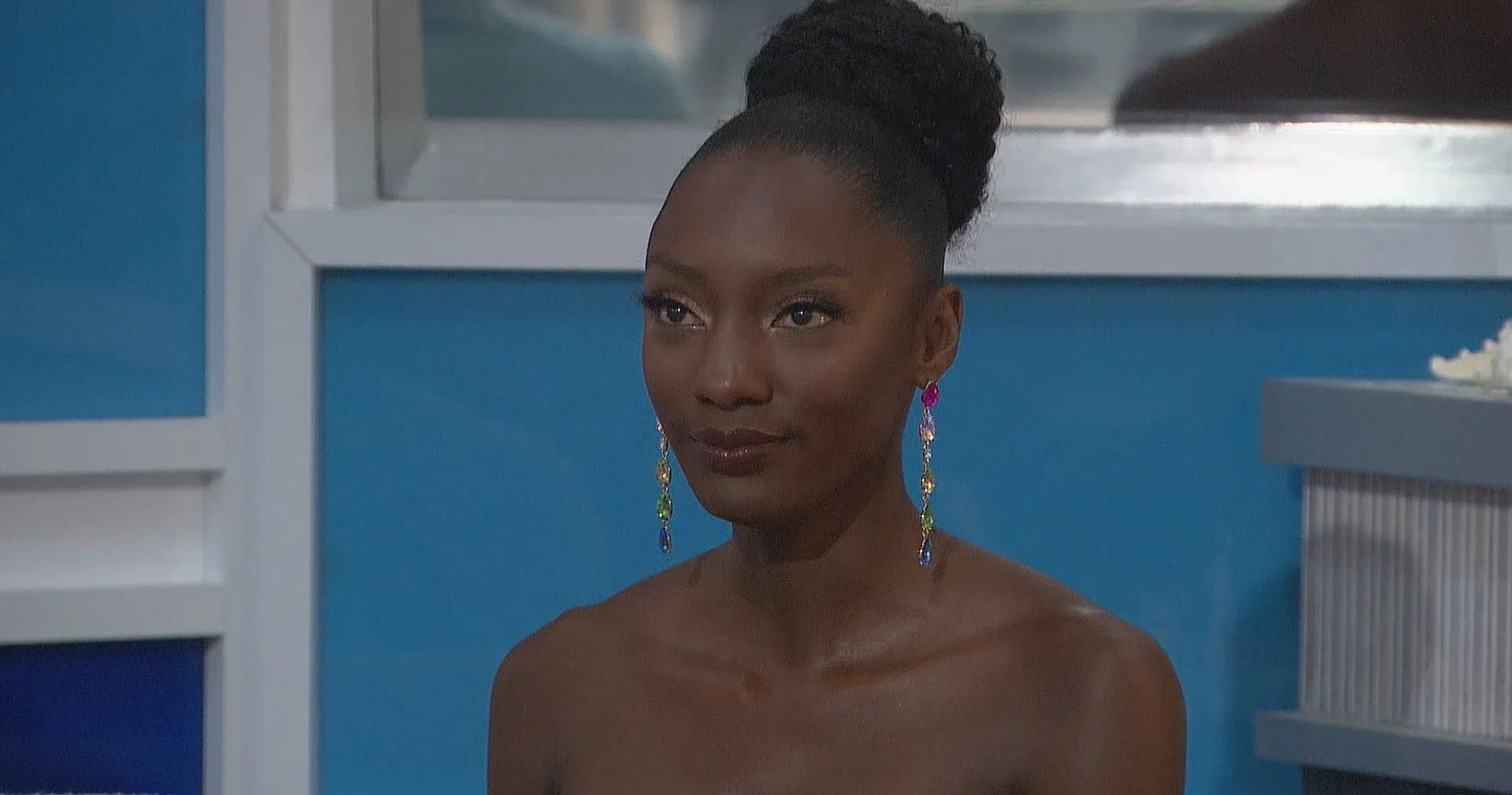 Standing tall. Azah Awasum is proud of the game she played after placing third during the Big Brother 23 live finale on Wednesday, September 29.

The director of sales, 30, lost out to eventual winner Xavier Prather when he beat her in the final part of the Head of Household competition and decided to evict her over Derek Frazier.

“Of course, there’s going to be that disappointment,” Azah exclusively tells Us Weekly. “But I’m honestly extremely blessed to place in third. For someone who wasn’t able to win competitions, to go to the end of the game, and [for someone who] had honestly some doubts in their gameplay at times, I’m really proud of myself. I’m honestly really happy and proud for the winner. He played a great game.” 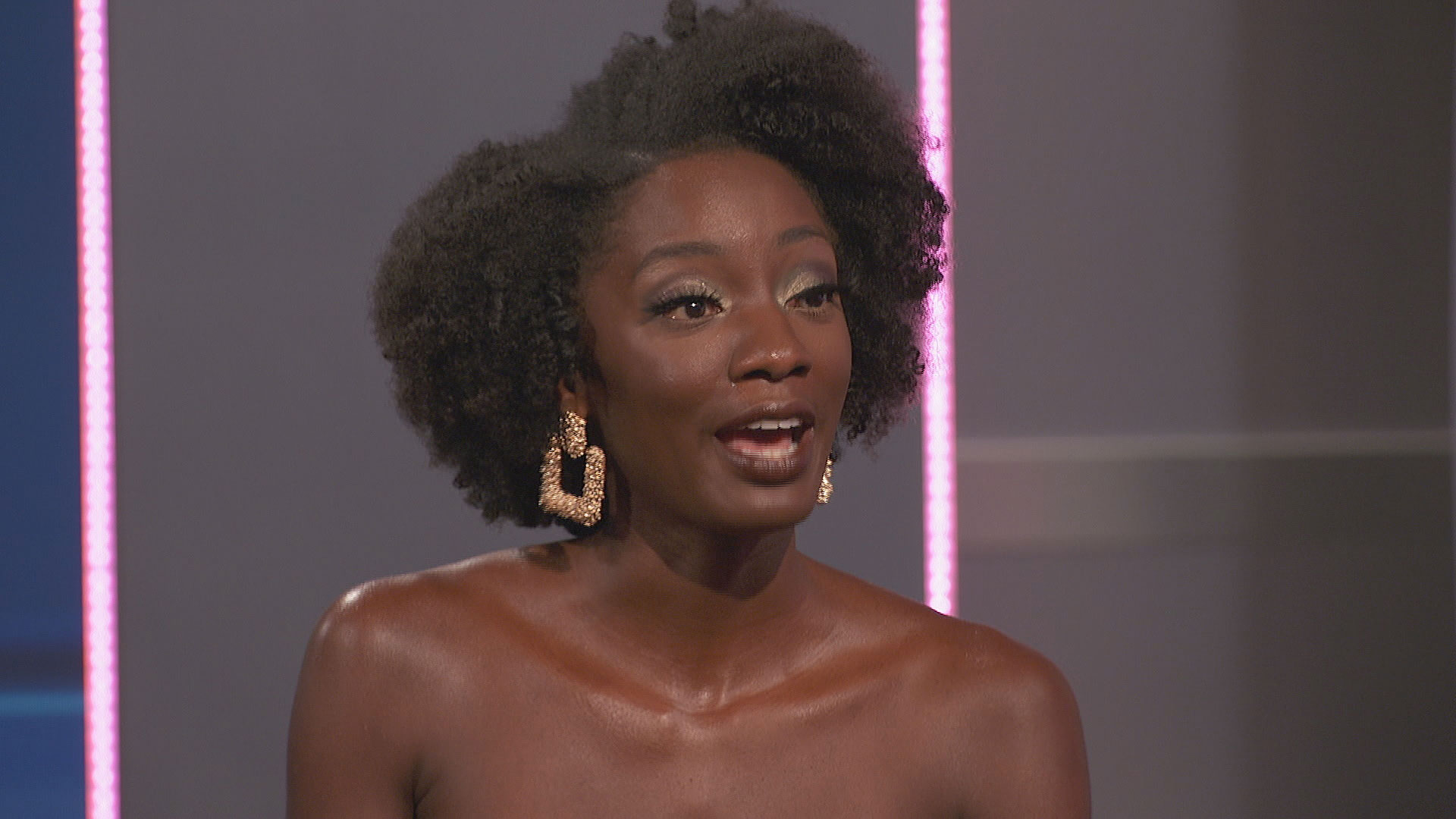 So how would Azah have fared with the jury had she been in the final two next to Xavier? “I had Hannah [Chaddha], Claire [Rehfuss], Tiffany [Mitchell] and DX [Derek Xiao] telling me, ‘Oh my gosh, I wish you were there. I would’ve voted for you.’ So, that’s four votes, which would have been interesting,” the Baltimore native tells Us. “I think just based off of social relationships, I did have some great social relationships in the house that I think, based off of how I answered my questions, might have done well for me. But, I’m just honestly really, really happy with the winner. I’m happy that we all were able to achieve what we did.”

‘Big Brother’ Showmances Through the Years: Where Are They Now?

Watch above or scroll down to read our full interview with Azah in which she also talks about who started The Cookout, her decision to get rid of Hannah during her HOH, whether she’d play again and more! 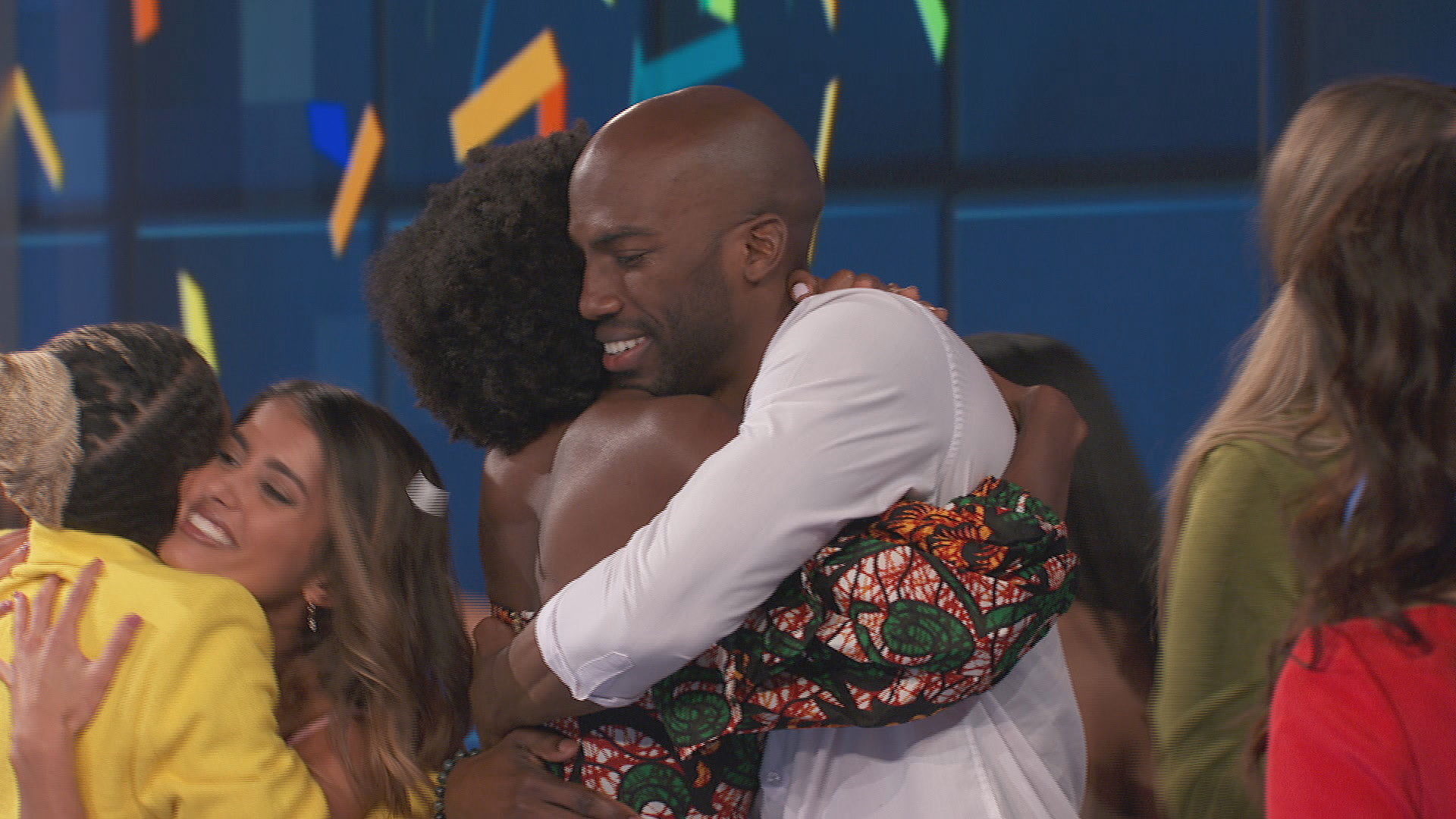 Us: You look beautiful and had a very classy exit. How are you feeling?

Azah Awasum: Thank you. Of course, there’s going to be that disappointment. But I’m honestly extremely blessed to place in third. For someone who wasn’t able to win competitions, to go to the end of the game, and [for someone who] had honestly some doubts in their gameplay at times, I’m really proud of myself. I’m honestly really happy and proud for the winner. He played a great game.

Us: Speaking of Xavier’s win. It was unanimous. Did you at all consider voting for Derek?

AA: If you would ask me up until a week ago, I would’ve probably voted for Big D because that’s my best friend. But, in the past week, I started really thinking about a lot of things. With this being such a historical season, really looking at all the different encompassing things of what makes a winner. And I did feel that X fit that very well, which is why I did end up voting for him.

Us: How do you think you would have fared if you were against Xavier in the final two?

AA: You know, that’s interesting. I had Hannah, Claire, Tiffany and DX telling me, “Oh my gosh, I wish you were there. I would’ve voted for you.” So, that’s four votes, which would have been interesting. I think just based off of social relationships, I did have some great social relationships in the house that I think, based off of how I answered my questions, might have done well for me. But, I’m just honestly really, really happy with the winner. I’m happy that we all were able to achieve what we did. Hindsight is always 20/20. I think about, “OK, I missed one question. Maybe that would have made the difference.” But at the end of the day, I have to really accept this amazing opportunity for what it is. Who would have known that little Azah who sat and stared at the wall in the beginning of the season would be at the final three? 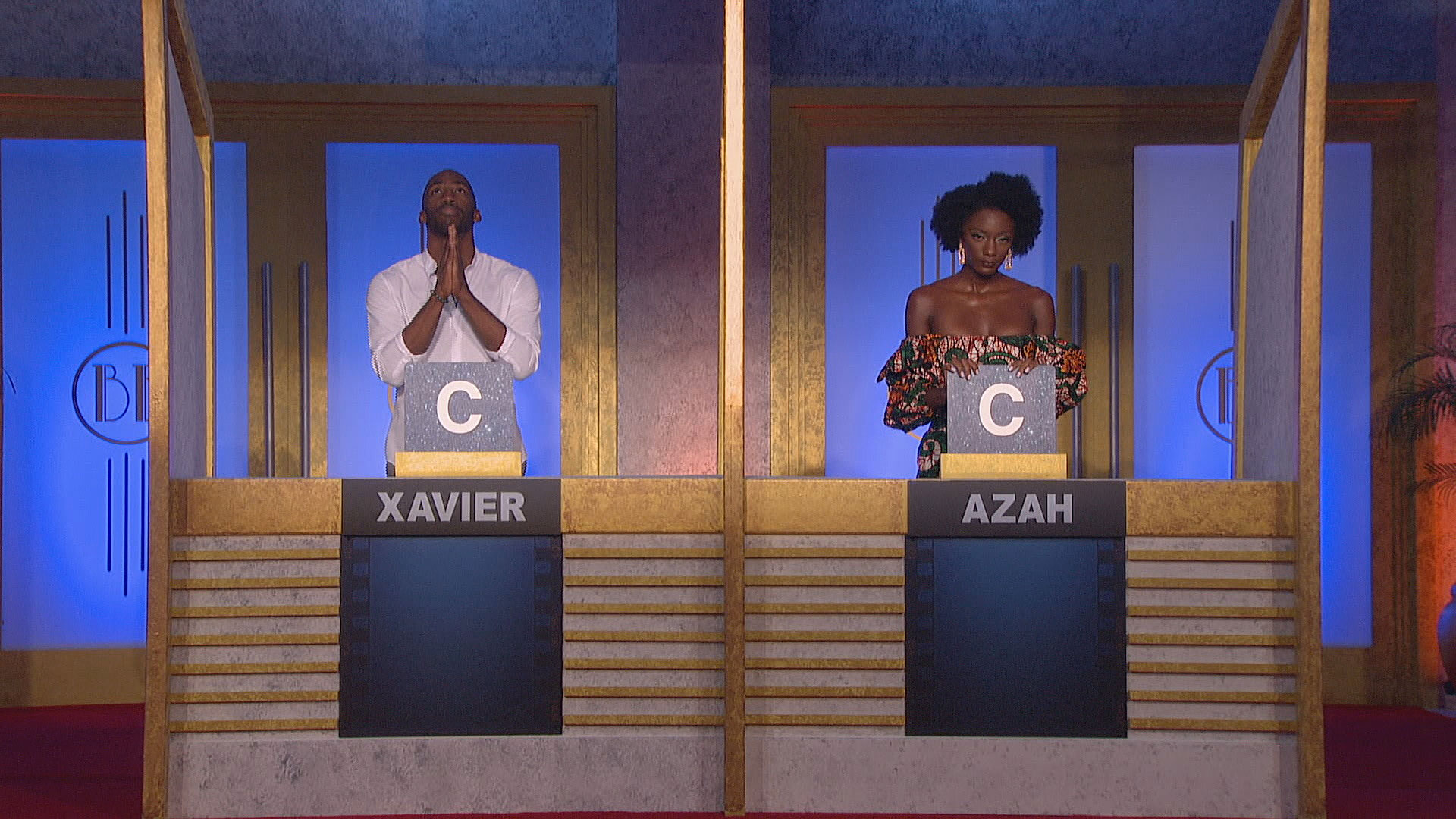 Us: Speaking of Big D, you guys definitely had your differences over the past few days. He’s mentioned that he felt like he carried you through the game, which kind of undermines what you did in The Cookout. Do you think that was fair for him to say?

AA: I think when those discussions happened at first, I just said, “Oh, OK. You’re free to have your opinion.” But I did feel it was necessary for me to stand up for myself and I did. He did later apologize for the things that he said regarding that. I will say that the way that that house is, and a pressure cooker that it is, with the things that you do in the game and you having no idea what the other person is doing, you could have a skewed perception of that person. So I’m going to give grace to that.

The other thing I’m going to say is that on a personal level, me and Big D, that’s someone I know I’ll be friends with in and outside of this house. So while I know we did have our differences in the final week regarding gameplay and things, I know everything that I did, I had my final two speech ready because I knew what I had done to prepare and bring myself to the final three. When I walked in his house, I knew I was going to get final three, and I did everything I could in my power to get those steps necessary. So, I feel that my actions that are on the live feeds and can be seen, can show the steps that I made to get there. I feel like I did deserve the spot just as every other single member of The Cookout that got to final six. 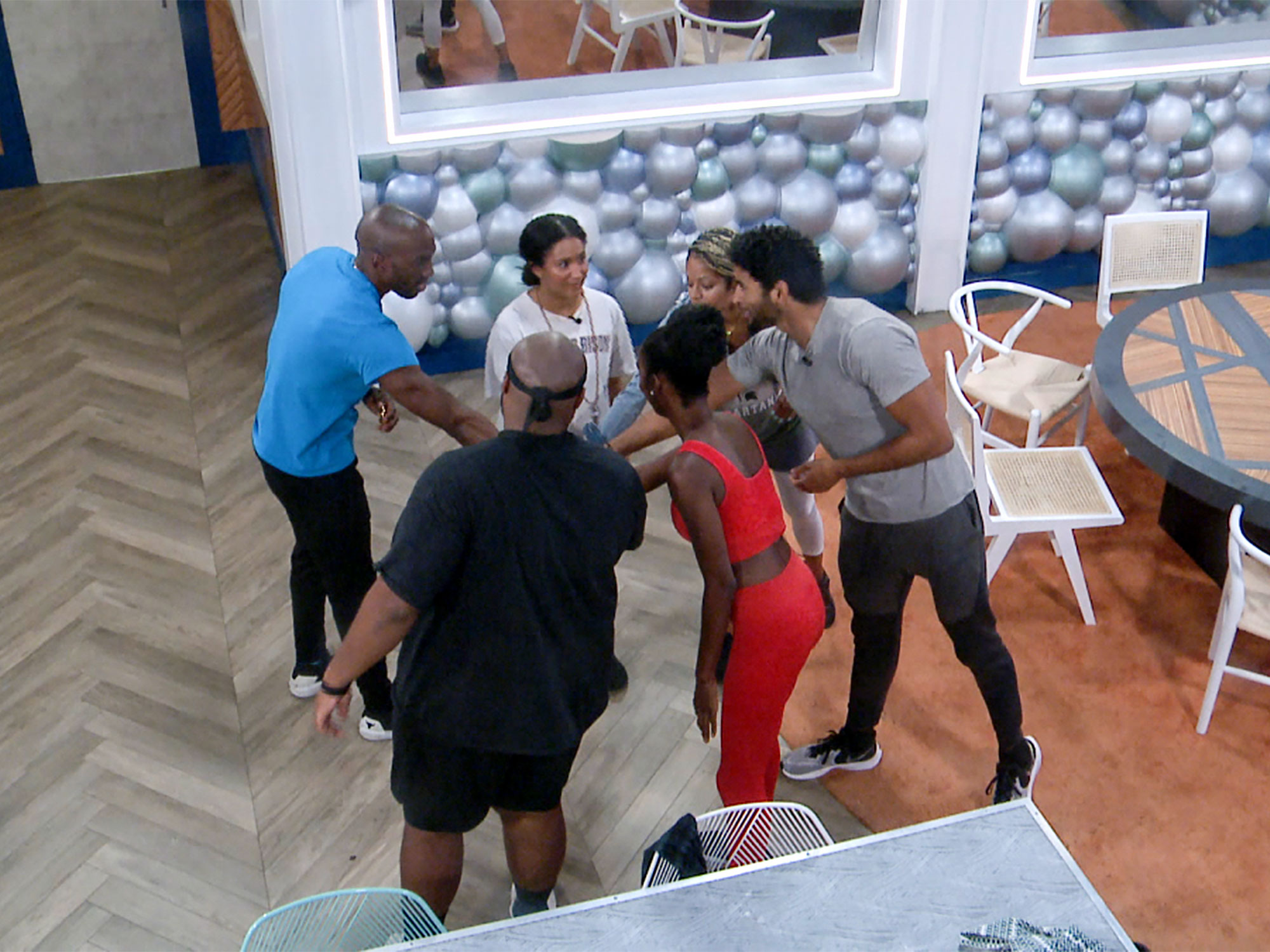 Us: The Cookout made history. How does it feel to be part of that and crown the first Black winner of Big Brother?

AA: It’s incredible. I’m a fan of this show. When you hear about things like The Brigade. You hear about The Friendship. You hear about Level Six. And you always hear that they broke off after a little bit, but for all six of us to stick together despite our ups and downs with each other, is just incredible. And when I got to six, I was at such peace because I told myself, “You know what? It doesn’t matter what happens here. I don’t care if someone backstabs me. I don’t care if someone does anything. I mean, we made it. Like, this is pretty darn crazy.” To have an African American winner and honestly, a really great representative, is a beautiful thing. I’m so blessed to have been a part of this. I still say this every time, how God picked this random girl from Tacoma Park, Maryland, and plucked her into this house, and somehow was a part of a historical moment, is very humbling to me. I’m just blessed and very happy.

Us: It’s very exciting. There’s been some debate over who started The Cookout. What are your thoughts?

AA: I’m going to say, Xavier did start The Cookout. I feel like Xavier started The Cookout. I know that the person who approached me was Derek F. and he said, “Us POCs gotta be together, gotta be together, got to come together.” They both came with a notion of wanting POCs to work together. Xavier came up with the name. But, how a lot of people had approached it in the first week was, “All right, you got my back, I got yours. We’re cool.” How it evolved into this actual alliance and strategic gameplay was, I feel, a joint part from both Xavier and Big D. I guess we’ll have to watch the tapes to see how it started. But, I remember when I was approached in the kitchen, it was something that … Xavier said, “This is what I wanted to do when I came in. I wanted to make this alliance and I wanted to make it called The Cookout.” And I know Big D said, “Us POCs got to work together.” So it feels like Xavier to me, but I don’t know (laughs). 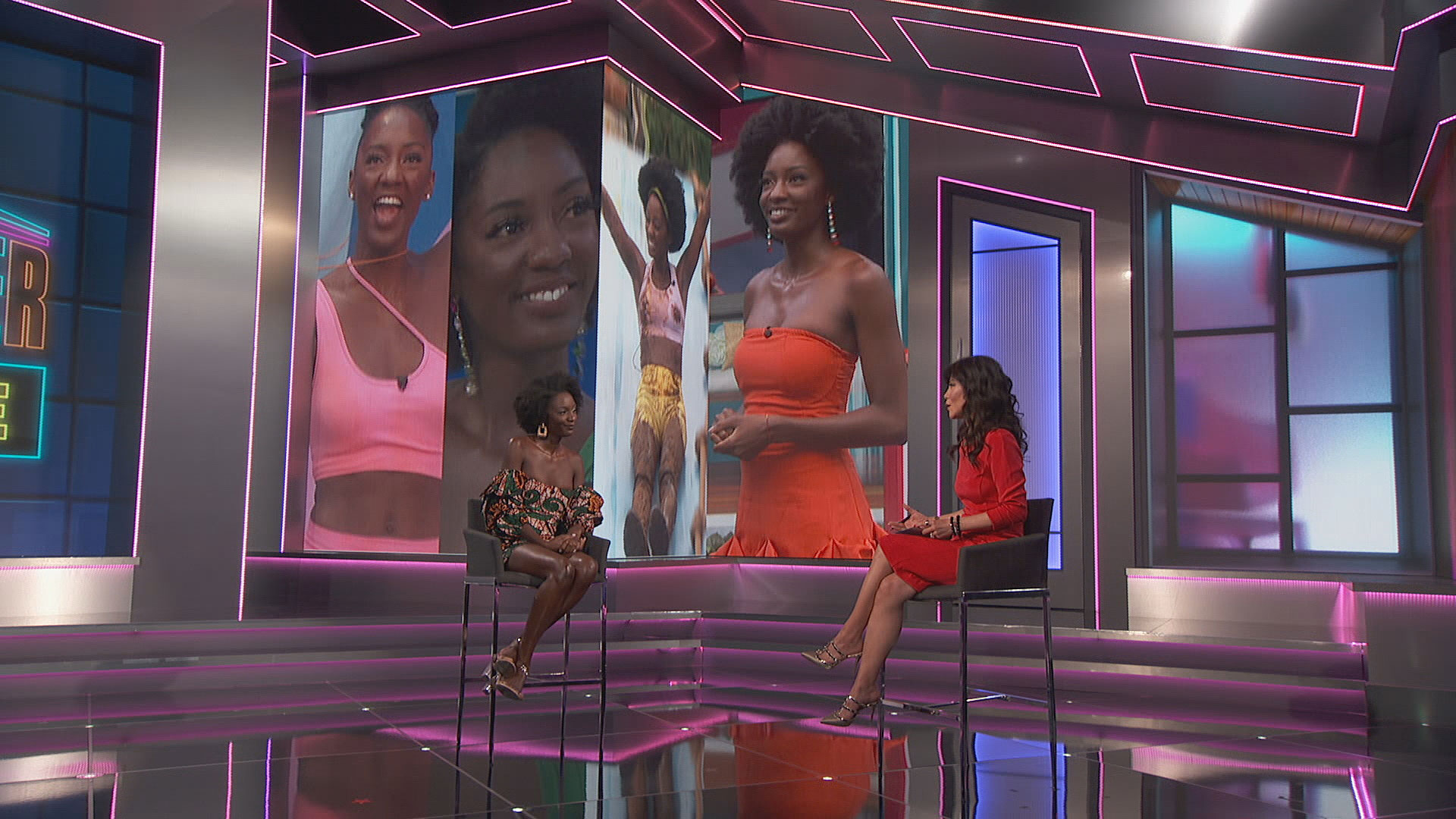 Us: I have to ask you about your decision to get rid of Hannah during your HOH. Do you still feel like that was the right move at the time?

AA: I think it was the right move at the time. When I play my game, I kind of dug myself a hole and had to stay with it. So the game I played was be as honest as possible, don’t break on any deals. Right before six, Kyland approached me and said, “I’m not going to touch you. Can you not touch me until four?” And I had to keep up with that agreement. And then I had a final three with Big D and Xavier. That left nobody but Hannah for me to go after, unfortunately. And as a result, just as process of elimination, she had to go. If I did not have that final four with Kyland, I would have gunned for him and made sure he got out. Even with him winning the veto, I would have been like, “We gotta figure this out and get him out.” But unfortunately, Hannah was just a casualty of war. I was very loyal to Big D and Xavier for the deal that I made. And I don’t like to make conflicting deals. If I sign up for a deal, then I’m riding that deal. And even with me and Kyland and having our differences, I wanted to honor that too. What I do regret is lying to Hannah about it. I should have been upfront and honest with her. And I think that left a mark in my gameplay.

Us: If asked, would you play Big Brother again?