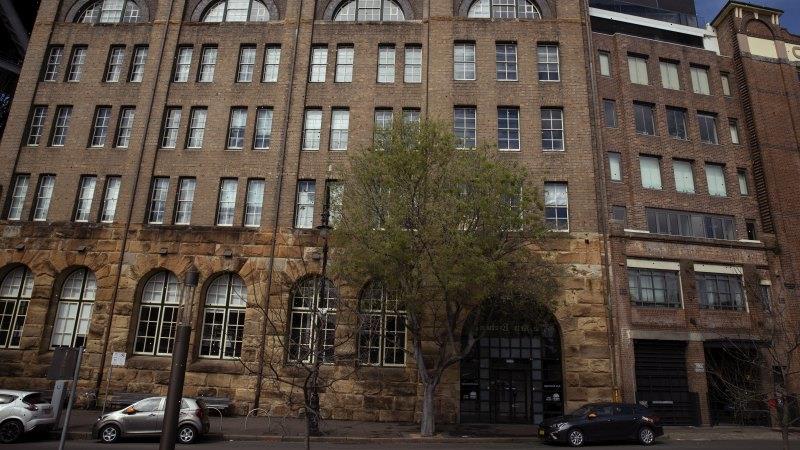 The Berejiklian government has suspended its bid to renegotiate the office leases of some of Sydney’s leading festivals and arts companies in the midst of the sector’s worst downturn.

Last month the government’s arts agency, Create NSW, called for expressions of interest for tenants of the Arts Exchange building in The Rocks in a move slammed by the NSW opposition as “downright unfair”. 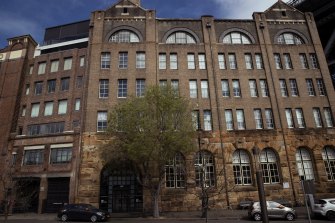 The Arts Exchange Building at The RocksCredit:Dominic Lorrimer

“Who calls for an expression of interest from not-for-profit arts groups in the current climate?” Labor’s arts spokesman Walt Secord said.

“These organisations are barely keeping their doors open and retaining staff. It is so unfair to demand they prepare submissions and compete with other groups to lease office space – when they are worrying about week-to-week simple survival.

“This shows one of two things – either the Berejiklian government is completely out of touch and does not recognise the pain of the arts and culture sector … or the fix is in and the government already has preferred tenants lurking in the wings ready to elbow aside the current ones.”

The Arts Exchange building is one of 11 properties managed by Create NSW in the Sydney CBD, providing subsidised accommodation for arts companies.

Create NSW took over the lease in 1999 and converted the building into office accommodation for the arts, the idea being that it could be a hub for Sydney’s major festivals with each sharing resources.

After receiving questions from the Sun Herald, the government’s arts agency, Create NSW, announced on Friday it had withdrawn the Expression of Interest round for all not-for-profits. It’s website now shows the EOI applies to the lone commercial premises on Level 3.

A spokesperson for Create NSW said the agency was working collaboratively with the tenants to ensure any concerns were addressed before proceeding with the EOI. Existing terms would apply in the interim.

“Create NSW is acutely aware that the arts and cultural sector is among the hardest hit by the pandemic and continues to work with the sector to ensure adequate support continues to be provided,” the spokesperson said.

Since 2016, tenants in the 13 office spaces in the Arts Exchange have been charged 30 per cent of market rent.

The remaining 70 per cent has been subsidised at a cost of $4.4 million through the Infrastructure Support Program. The current five-year lease agreements had expired, prompting the renegotiations.

Tenants are believed to have received a full COVID-19 rental and common area outgoings waiver from April to September 2020, and eligible tenants a further 50 per cent rental reduction from October to December 2020.

Under the new terms, the 30 per cent subsidy would not apply to outgoings this time including expenses like rates. The extra cost to the tenants was estimated to range from $500 to $10,500 per month depending on the size of the office let.

Some arts company tenants expected to pay thousands more per year just as they were trying to recover from the shutdowns that have demolished their box office takings.