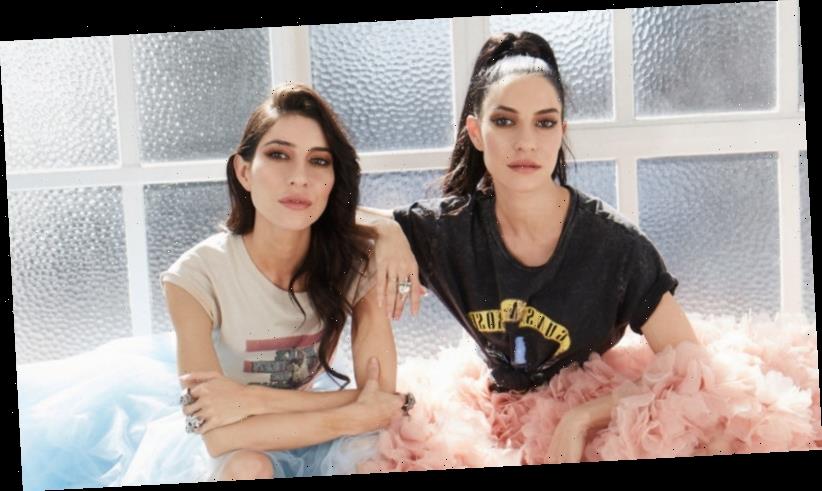 After 15 years of chart-topping success and uncomfortable tabloid drama, The Veronicas – twins Jess and Lisa Origliasso, now 34 – decided to turn their life over to a reality TV camera crew for six months.

"How on earth did we think this was a good idea?" wonders Jess of the duo's new series The Veronicas: Blood Is for Life, which debuts on MTV on Sunday.

"There's always been this idea of 'we need our own reality show'," adds Lisa. "No one would believe the stuff that happens to us day to day." 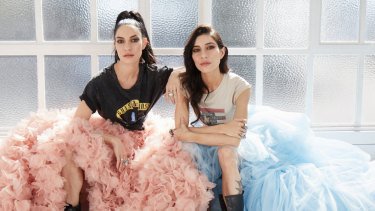 Hmm, we might. The pair – whose first hit, the Max Martin and Dr. Luke-penned 4ever, topped global charts back in 2005 – have seen their personal lives increasingly become fodder for local news headlines, in part fuelled by their own openness. Jess' messy break-up with Ruby Rose in April 2018 famously played out in the tabloids and in the midst of it all, the sisters fell out.

"The Veronicas stopped making music for a year-and-a-half," says Lisa about the strained relationship. "It was difficult. We're soulmates. We tell each other everything, we love each other. To have gone through that, it was probably the most difficult time of our lives."

Jess is reticent about delving deep into "things that played out publicly". The show will "catch people up on where the resolve was in that, and finding our way back together from the tension that was there," she says.

In the fickle landscape that is Australian pop music, and when so many of their original early-'00s peers have long disappeared, 15 years of relevance does seem an accomplishment. How have they managed to survive?

"Because we're Italian family!" adds Jess. "You don't have a choice. It's ride or die. This show is literally called Blood Is for Life. You do not get to leave the coven, and you will not bring shame on the family. There is nothing that can't be resolved over good, homemade pasta." 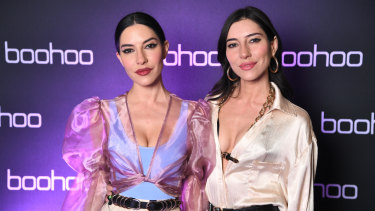 In their most recent tabloid run-in just over a month ago, the pair threatened to sue Qantas after they were removed from a flight over a luggage dispute. News headlines quoted their social media posts describing the ordeal as "incredibly confusing and intimidating"; online sceptics accused them of concocting drama for the show.

"See, the Qantas thing is a perfect example of why we need a reality show," laughs Lisa. "No, it was not for the show, it was not for publicity, it was not contrived in any way. This stuff just happens to us! We don't know why."

The ordeal was "incredibly upsetting", she adds, and the pair are still weighing their legal options.

"It was handled very unprofessionally by Qantas. We're platinum flyers, we've been loyal customers with them for 15 years, and there was no reason for us to be treated like that… We were deemed a security risk on the overhead announcements three times, treated like criminals, and we weren't given an explanation why."

But surely MTV was pleased with the unexpected publicity?

"It was a sensitive subject, but MTV were incredibly respectful," says Jess. "Obviously we've been very public with the fact that at some point, when we felt threatened and intimidated, that we did start to film on our iPhones. But that wasn't for the show, that was for evidence."

"That footage has not been seen by anyone and if we want to use it, we will," adds Lisa. "We're still making that decision at this point. But this could be a 10-year legal drama if we continued."

"We deserve to be absolved of any responsibility to do with this," adds Jess. "Our characters and our brand have been assassinated in the media over this, and if there's no benefit to us not releasing it we might as well release it. Right now we're still protecting Qantas' version of this by not releasing it. What have we got to lose at this point? Nothing."

"It might be better just to release the footage and clear our names, so people can make their own decisions – if we're not getting a public apology for this, which we deserve."

That the fabled footage isn't likely to be part of the MTV reality show seems a missed opportunity. But there are bigger stakes at play, the pair say.

"Society's obsessed with the idea of celebrity and that the celebrity lifestyle means you have it made," says Lisa.

"This [series] is debunking that myth," adds Jess. "You saw it play out with the Qantas thing: it's easier for people to believe we're pop star divas throwing a hissy fit over not wanting to put our bags up, than there could be another explanation. We're removing that wall; we're saying, 'Come on in and have a look.'"

The Veronicas: Blood Is for Life premieres on MTV (Foxtel, Foxtel Now and Fetch) on Sunday November 10 at 6pm.