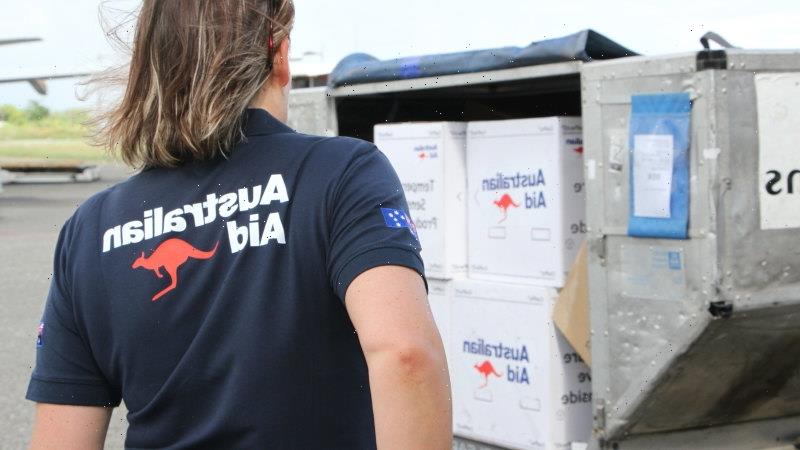 Australia is on track to give 60 million COVID-19 vaccines to developing nations by the end of this year as aid groups call on Canberra to lift its commitments to help stamp out more deadly variants of the virus.

Australia has now shared more than 17.5 million doses – the majority of which have been locally manufactured AstraZeneca vaccines – with the Pacific and south-east Asia. 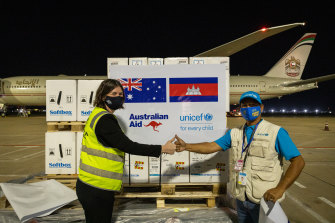 Over 2.35 million doses of Pfizer were shipped to Cambodia last week.

The tally has been boosted by a shipment of 4.5 million Pfizer doses to south-east Asian nations last week, including more than 2.35 million doses of Pfizer to Cambodia, through an initiative with UNICEF. Cambodia has so far mostly received vaccines from China during the pandemic and last week marked the first Australian donation of COVID vaccines to the country.

Indonesia has received the most vaccines from Australia with 5.69 million, followed by Vietnam with 5.16 million, Cambodia 2.35 million, just over one million each for Laos and Fiji, and 777,850 for East Timor.

Overall, Australia has sent 2.55 million to the Pacific and East Timor, and 15.01 million to south-east Asia.

Minister for the Pacific and Development Zed Seselja said Australians should be proud of the nation’s commitment to “stepping up and ensuring our region is not left behind”.

“Vaccines save lives, which is why Australia is working directly with countries in our region to ensure they have access to the vaccines they need and the ability to get these vaccines into arms,” he said.

After reducing the foreign aid budget since it came to power in 2013, the Coalition has increased spending on overseas development through hundreds of millions of dollars in temporary measures during the pandemic.

But a $304.7 million package for the Pacific is set to expire in 2021-22, including $67 million in funding for Papua New Guinea, which has been hit by successive COVID-19 outbreaks and widespread vaccine hesitancy.

Sarah Burrows, acting director of policy and advocacy at the Australian Council for International Development, said Australia had made a significant contribution to the COVID-19 response in the region, but warned its targeted measures were expiring in six months.

“We know from the Delta and Omicron variants that outbreaks can come from anywhere across the globe and our response needs to be global,” she said.

“The Australian government should continue temporary measures, including the $304 million Pacific support package, which expires in June. It’s critical for them to continue to mitigate growing poverty, inequality and insecurity, worsened by COVID-19.”

Ms Borrows said Australia also needed to contribute its fair share to the global initiative known as COVAX by committing an additional $250 million, as well as making extra contributions to other programs.

End COVID For All spokesperson Tim Costello said COVID-19 does not respect regional boundaries, so Australia must also expand its support beyond the immediate Pacific neighbourhood.

“Unless we get serious about vaccinating the world, it will only be a matter of time until the next variant of concern emerges.”

Of the 17.5 million doses shared so far, 12.93 million have been from the local Australian supply, and 4.63 million under a partnership with UNICEF.

Australia has given $130 million to COVAX, $523.2 million to assist countries in the region access and roll out vaccines including through UNICEF, as well as $100 million under the Quad partnership with India, Japan and the United States.

Get a note directly from our foreign correspondents on what’s making headlines around the world. Sign up for the weekly What in the World newsletter here.