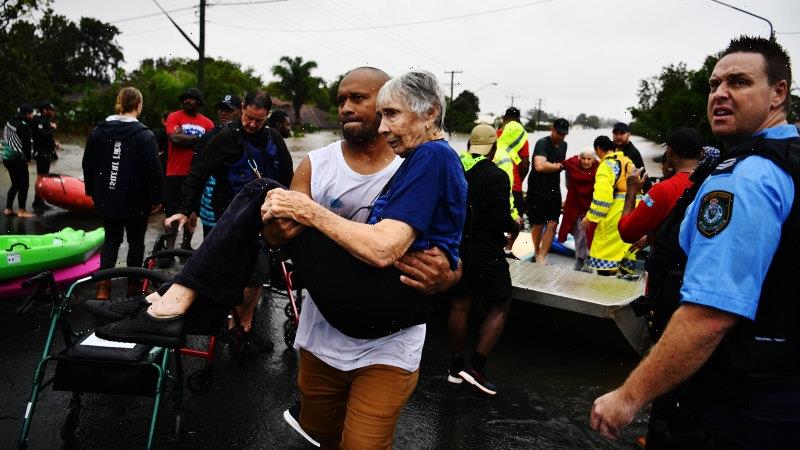 The case for a national security strategy has been boosted by a new CSIRO report which makes for eyebrow-raising reading.

The idea of a national security strategy has been kicking around Canberra and academic circles for some time but has been resisted by previous governments. However, the number and size of the human and natural challenges facing Australia now makes this strategy, and its thorough implementation, a necessity. While this week’s announcement by the government of a defence review is necessary and welcome, it only addresses part of the national security dilemma facing Australia. 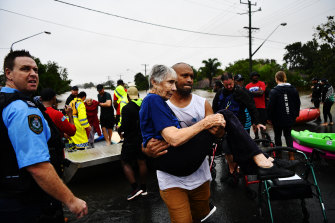 Hundreds of rescues were performed by everyday citizens as floods stranded the residents of Lismore.Credit: Elise Derwin

Titled Our Future World, the report is a timely document that highlights issues that have a “trajectory of change likely to have a substantial and transformative impact on individual, organisations and societies”.

These individual challenges, whether they are foreign coercion and aggression, economic downturns, natural disasters and pandemics, or internal strife, are normally difficult to address at the national or state levels. But they can, and have, been dealt with since Federation. However, it is the interaction of these developments, and their impact on Australian prosperity, resilience and sovereignty, where the real interest lies for the national security community.

The CSIRO report makes clear that our nation is increasingly likely to have to address many (or all) of these challenges concurrently. This places extreme stress on the community. It is also likely to stretch existing state and federal institutions and the associated coordinating mechanisms well beyond current capacity. There are several implications. 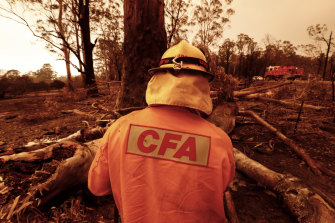 “Given the increasing likelihood of longer bushfire seasons and more powerful cyclones, existing emergency services are unlikely to be sufficient for the task in future.”Credit:Getty

First, Australia needs to invest in a greater level of national resilience in the face of these challenges. Resilience takes many forms – robust communications networks; assured access to energy, transport, medicines and food; trusted government institutions; effective educational structures; community organisations; and proven coordination mechanisms between state and federal institutions, and between governments and other elements of national power including the business and academic communities.

The COVID pandemic has shown that the vast majority of Australians possess a pragmatic understanding of the balance between individual and collective rights and responsibilities. We should take heart from this; it is a quality that says much about our country. It is also a foundation upon which initiatives to make our nation more resilient might be constructed.

Second, given the increasing likelihood of longer bushfire seasons and more powerful cyclones, existing emergency services are unlikely to be sufficient in the future. Already they are constantly supplemented with personnel from the Australian Defence Force. But because of the potential for more natural disasters, and the increasing need for the Australian Defence Force to train and prepare for confrontations with authoritarian regimes, more national emergency services capacity is needed.

This may require the establishment of a national civil defence mechanism. This could have young Australians serving for a year in state or federal emergency service organisations. It would provide a significant boost in our capacity to prepare for, and respond to, natural disasters at home and in support of our closest neighbours. It would also allow our young citizens to connect with their community more deeply, further enhancing national resilience.

Third, the challenges in the CSIRO report provide the basis for government funding for new technologies. The research capacity of our universities and business enterprises is small but very high quality. Perhaps the government may inject additional funding into national research in the key areas identified in the report.

Ultimately, all these competing challenges require a plan of action. The magnitude and convergence of likely future challenges means the Australian people deserve a transparent strategy from their government for how it is going to cope. Such a strategy must encompass the challenges of the human and natural kinds. It must provide priorities for federal budget funding, the balance between external and civil defence functions, and how Australia might project influence while protecting against malign foreign influences. It should also support developing technologies that might assist Australia to navigate the perils of the coming decades.

In his book Upheaval, Jared Diamond explores how nations have identified and responded to national crises in the past. It is recommended reading for policymakers who have the difficult task of responding to the kinds of challenges described in the CSIRO report. Diamond writes: “crises have often challenged nations in the past. They are continuing to do so today. But our modern nations and our modern world don’t have to grope in the dark as they try to respond.”

He is right. There is much we might learn from history and other nations. And because of the fine work of the scientists at CSIRO, Australia has a good foundation to prepare for the human and natural threats of the coming years.

If we are clever enough to use it.

The Opinion newsletter is a weekly wrap of views that will challenge, champion and inform your own. Sign up here.