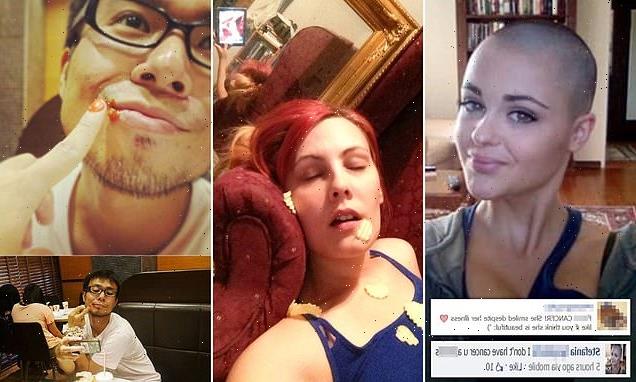 Lying for likes! Hilarious snaps reveal people who were caught out faking social media posts – from a pretend date to claiming a woman with short hair had cancer

From pretending a woman had cancer to get attention to a faking a photo of a romantic date, social media users have been sharing the hilariously satisfying times people got caught lying for likes.

The entertaining screenshots from across the globe were collated in an online gallery by MyHealthGazette, and include a woman pretending she went for a ‘hike’ in her back garden.

Other snaps show a woman pretending she got snapped while sleeping, not realising there’s a mirror directly behind her.

In another photograph, rapper Lil Wayne was caught out for flying commercial after telling fans he was taking a private jet. 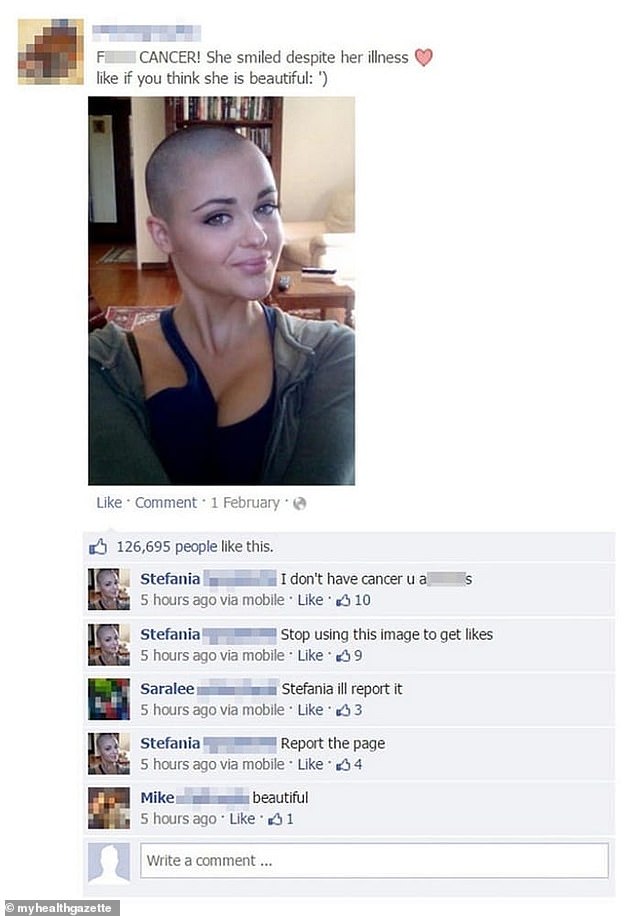 From someone faking a cancer diagnosis, to a photoshopped Starbucks cup, social media users have been sharing the hilariously satisfying times people got caught lying for attention (pictured, a woman from an unknown location was frustrated when stranger used her photo to pretend to have cancer) 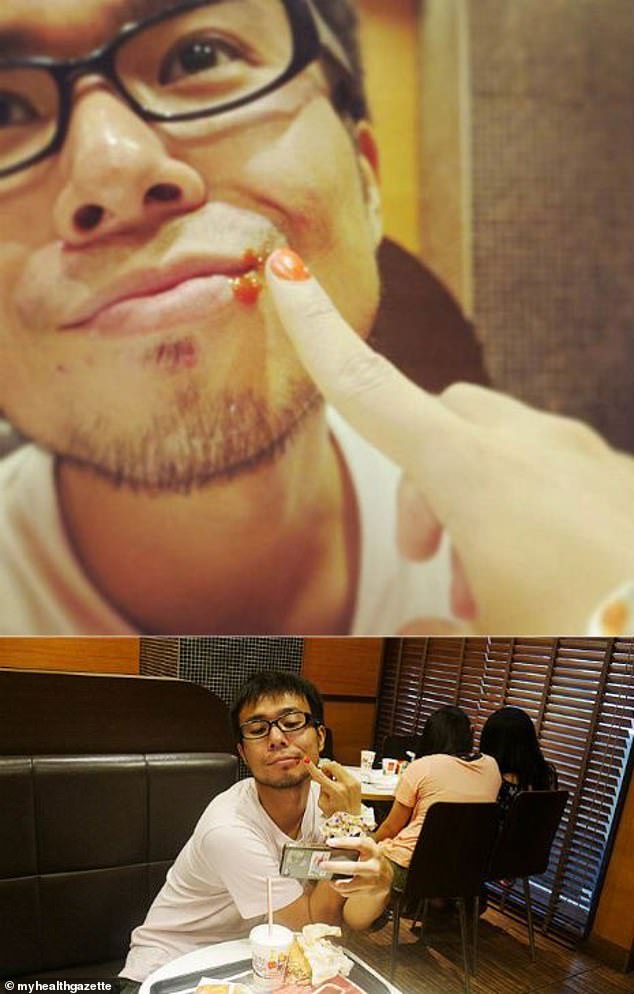 A date with myself! This man tried to pretend he was sharing a cute moment over dinner with a partner, but really it was camera trickery and some nail polish 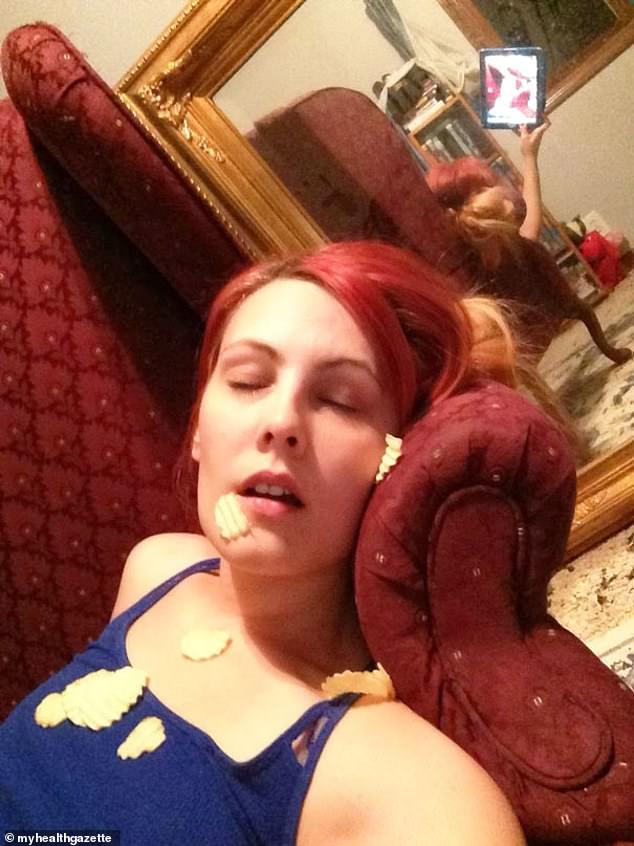 Look out! Another woman, believed to be from the UK, forgot to check for a mirror behind her before taking a photograph as she pretended to sleep 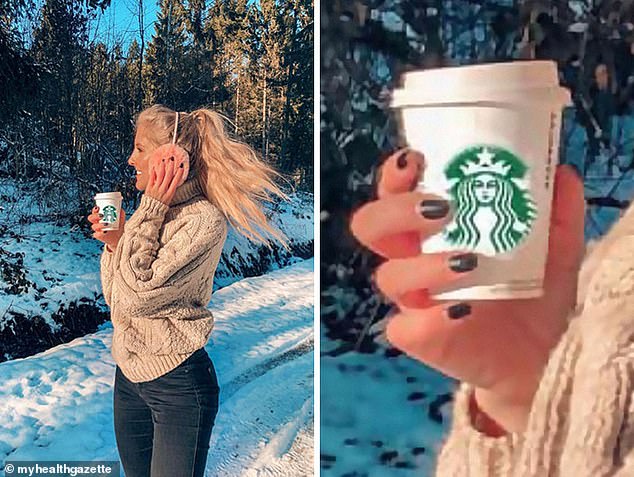 Photoshop fail! Another woman, believed to be from the US, decided that her bare coffee cup was lacking a little branding, but a quick zoom really gave the game away 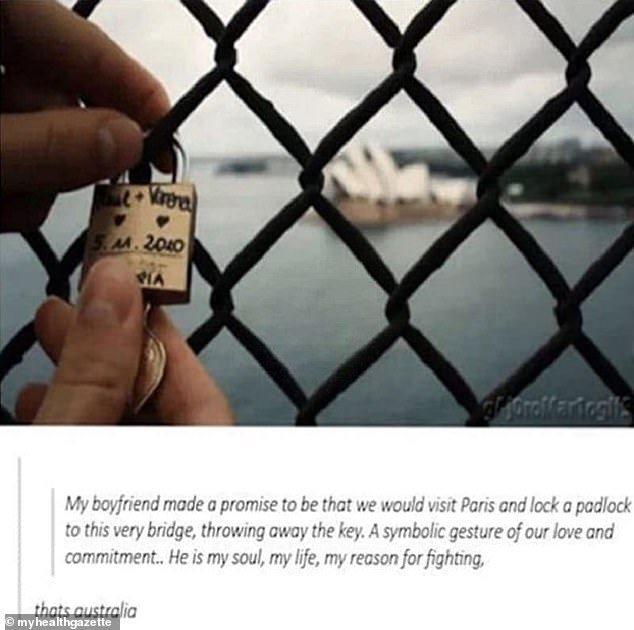 Do you come from a land down under? One person tried to pass off a snap as their own and insisted it had been taken in Paris – despite Sydney’s famous opera house on clear display in the background 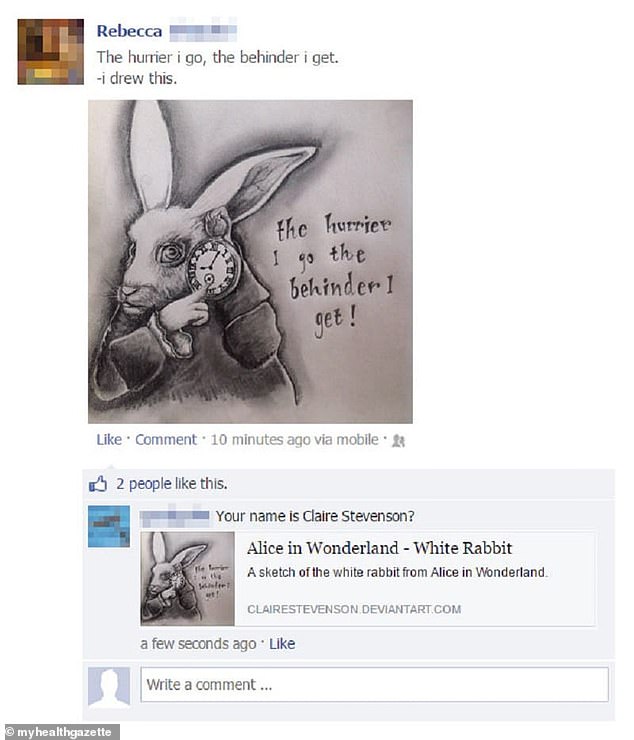 A mad hatter! One person, whose location is unknown, was left stunned when someone tried to pass off an artist’s Alice in Wonderland work as their own 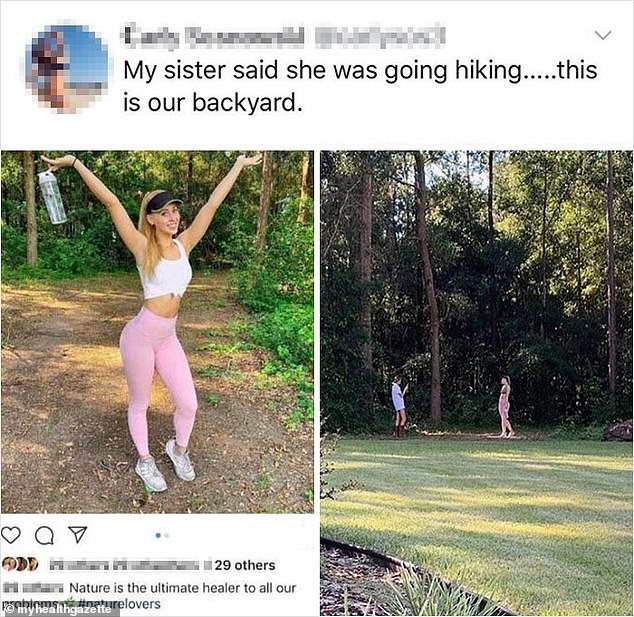 One woman, from the US, attempted to deceive her followers into thinking she was out on a hike in the wilderness – but was actually just in her own back yard 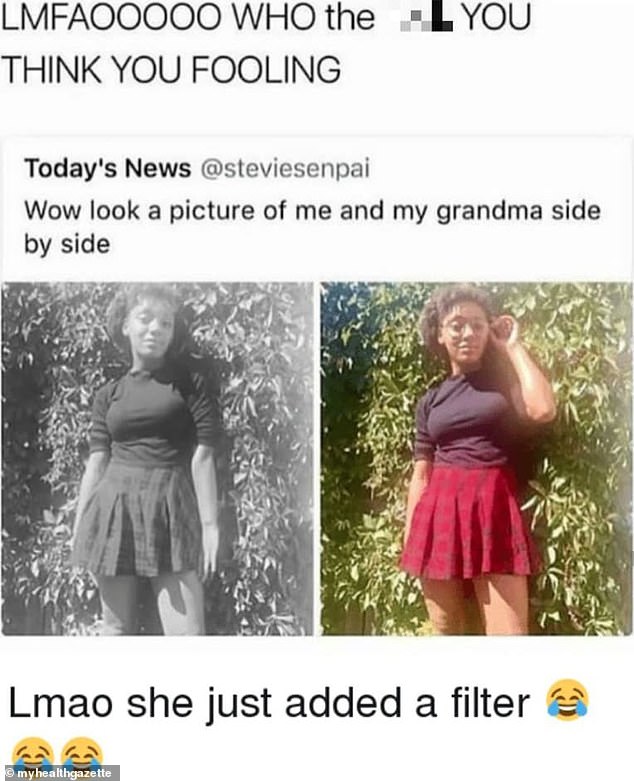 That’s not your grandmother! Social media users were quick to point out this woman’s attempt at deceiving her followers hadn’t worked 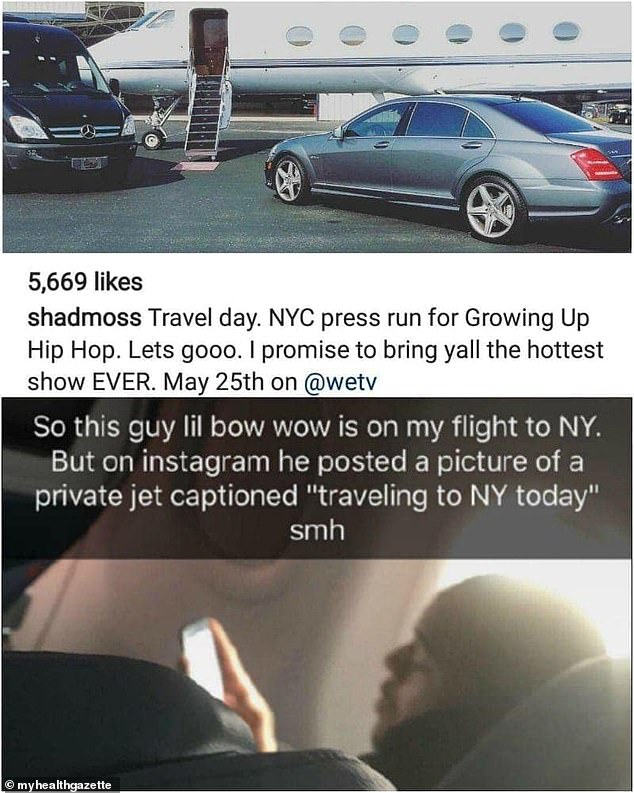 Another person, from the US, caught Lil Bow Wow in a lie after he claimed he was flying on a private jet across the states – but was actually on a commercial flight 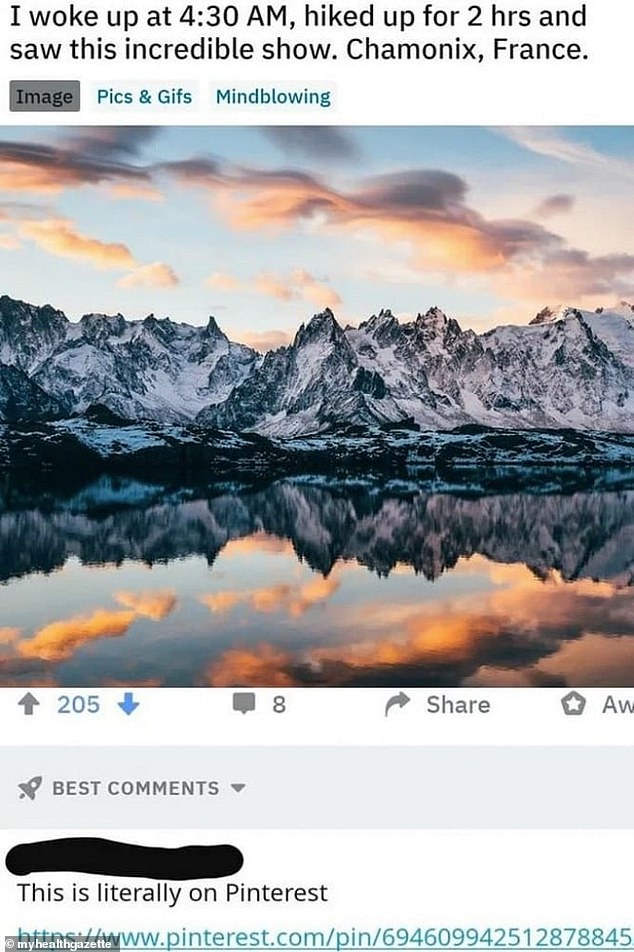 Another person, believed to be from France, was outed after claiming a photograph of Chamonix for their own – when it was actually easily found on Google 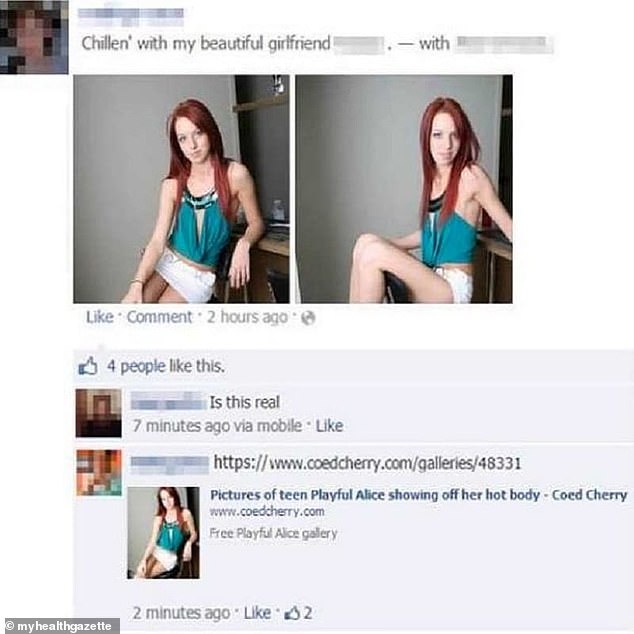 That’s not your girlfriend! Another person, from the US, tried to claim a redheaded model was actually his partner – but it didn’t take long for them to be called out 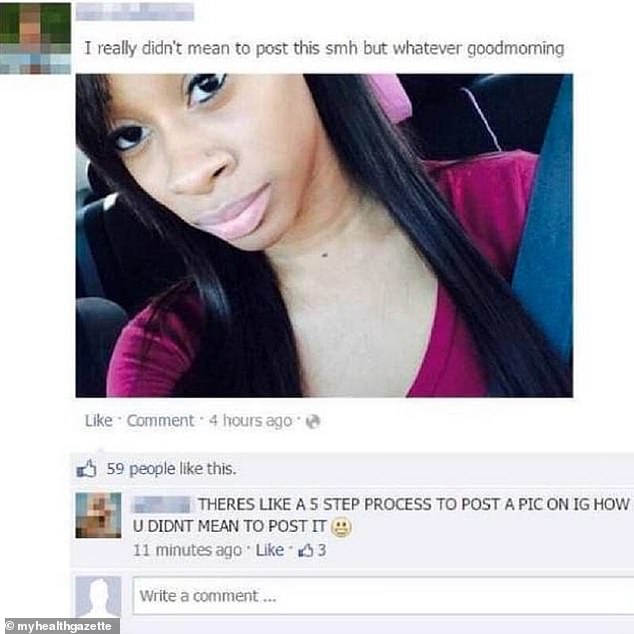 Another person, from the US, claimed she hadn’t meant to post a selfie – but others weren’t so sure if she was being honest