Like Mal, his character in Netflix’s fantasy series “Shadow and Bone,” the odds weren’t in Archie Renaux’s favor. Four years ago, the 23-year-old was working as an air conditioning engineer in London and decided to make a career switch. He was going to be an actor.

“I find Mal relatable because the odds are always against him, and for him to make any progress in the story he has to have a lot of heart and courage and character,” Renaux says of his character. “If you rewind four years ago, I was laboring on a building site. And then I went for it; I went to try and become an actor.”

So far, the plan has worked out. The British actor stars as Mal Oretsev in the series adaptation of Leigh Bardugo’s popular young adult “Shadow and Bone” and “Six of Crows” books. The show — which isn’t a straightforward adaptation of the books — has been hyped as Netflix’s latest attempt to fill the “Game of Thrones”-shaped gap on TV screens. The series certainly comes with an enthusiastic fanbase. Devotees of Bardugo’s books have anticipated seeing their characters come alive onscreen for months, and a quick look at the “tagged photos” section of the cast’s Instagram accounts unearths a plethora of fan art.

All of the Fashion at the 2021 BAFTA Awards

The past year’s lockdowns have kept Renaux closer to home, although there is an upside: he’s been able to spend more time with his daughter, who was born last fall.

“There were talks about going to New York to do some conventions and stuff like that. Instead, I’m in my baby daughter’s room doing [press],” he says, adding that he’s also grateful for the unexpected time. “Because it’s quite rare, I think, especially for dads a lot of the time, they do have to go back to work. I don’t think that the [parental] leave is that long,” he says. “I’m very lucky and blessed in that I’ve gotten to spend so much time with her, because she’s grown up already. I know it’s cliche, but she has grown so fast, and she’s changing all the time, and working away would make that difficult.”

Renaux’s interest in acting traces back to football (or, as Americans like to call it, soccer). He was 11, and was required to audition for his primary school’s end-of-year production. “Everyone had to audition,” he says. “Because I played football, it was my competitive side that was like, OK, I need to try and do well with it. And I auditioned for one of the smaller parts, and then I ended up being one of the lead parts in this little production.”

From that point, he was hooked. Of course, getting cast in a school play and making it as a professional actor are two very different beasts.

“It’s a tough business, and my parents were like, maybe let’s look at it something a bit more practical. And I got an apprenticeship as an air conditioning engineer. It took me three months of doing that, to realize that I wasn’t interested in it,” Renaux says. He enrolled in acting classes at The Unseen, a drama school in London for which he’s now a success story and ambassador, and began auditioning.

Renaux is still new to the industry — in addition to “Shadow and Bone” and “Voyagers,” he previously starred in the BBC miniseries “Gold Digger” and a few indie film projects, and has a small role in the Marvel film “Moribus,” slated to come out in 2022. So far, the sci-fi and fantasy genre has been good to him. “I do have a lot of pinch myself moments,” he says. “And being like, wow — I’m in these things.” 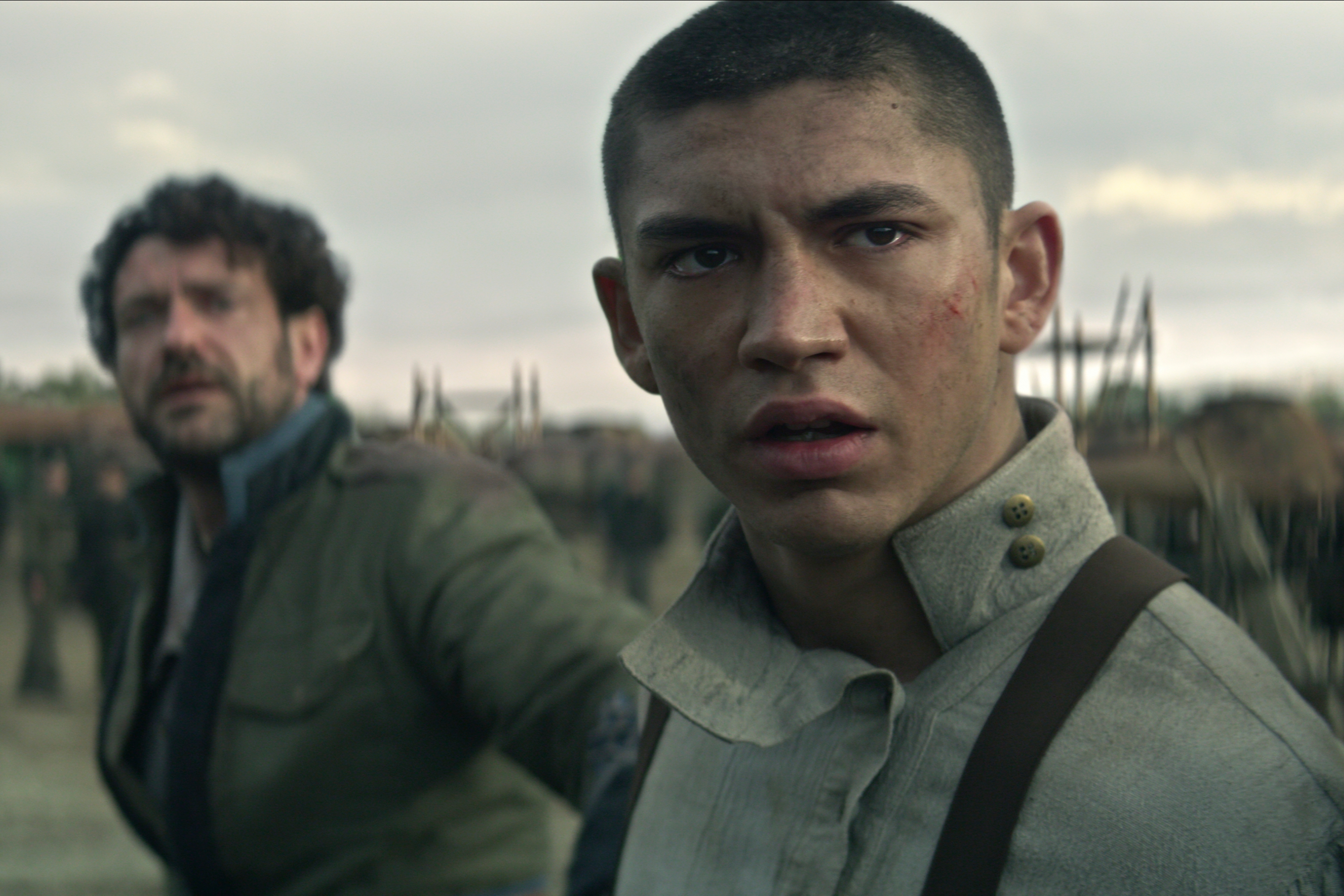 Archie Renaux as Malyen Oretsev in “Shadow and Bone.” COURTESY OF NETFLIX

More From the Eye:

‘Mortal Kombat’ Star Lewis Tan Was Born for the Fight