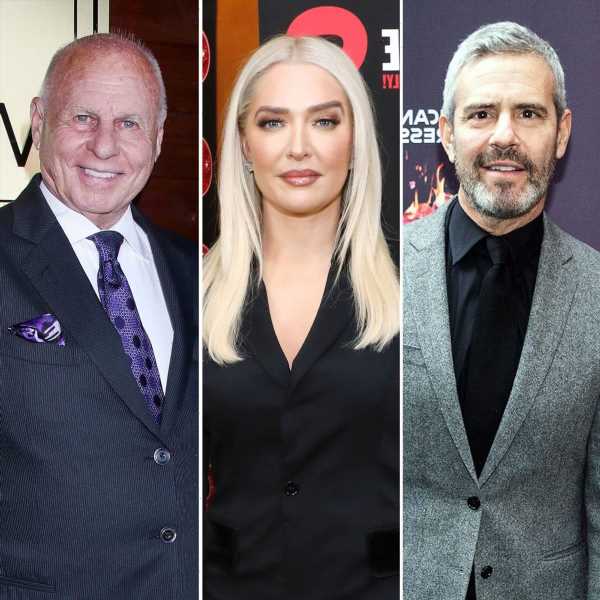 Prepare accordingly, Bravo fans. According to Andy Cohen, the final part of The Real Housewives of Beverly Hills reunion will bring even more Erika Jayne and Tom Girardi drama.

RHOBH’s Erika Jayne and Tom Girardi’s Divorce and Legal Woes: Everything We Know So Far

“Tonight’s #RHOBHReunion mentions it all: waterproof mascara, 20 million in EJ Global, Tom’s accident, threat to Sutton [Stracke], calls from Tom…. This is the big one,” the 53-year-old producer tweeted on Wednesday, November 3..

Hours earlier, Cohen shared additional insight into Wednesday’s episode of the reality series during a panel for his new book, Glitter Every Day: 365 Quotes from Women I Love, at The Temple Emanu-El Streicker Center in New York City. 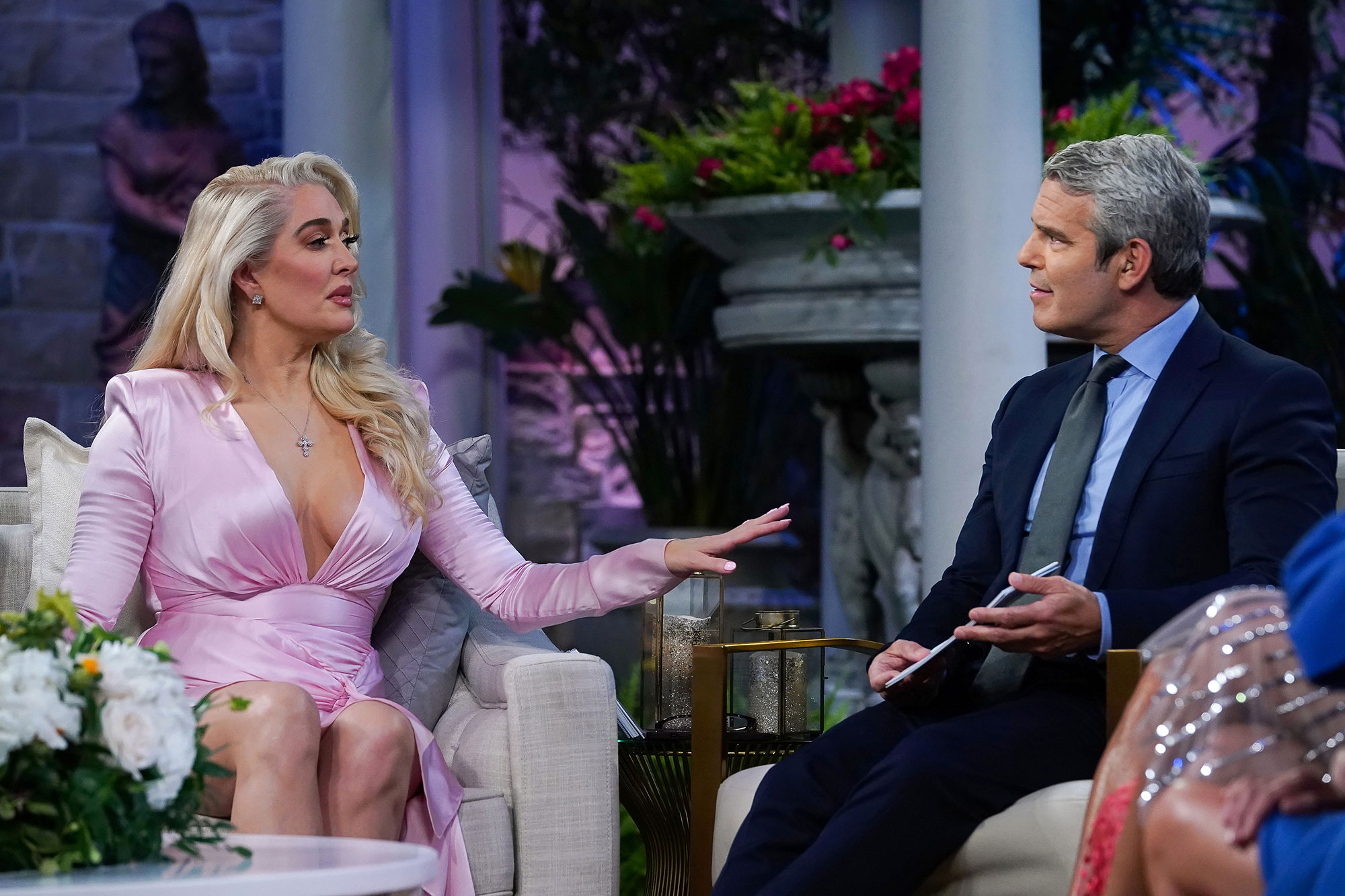 “It’s just basically me and her. It’s literally just — the whole hour is really grilling Erika,” he told the crowd. “One thing that comes up that I think is worth thinking about is I say to her, ‘I have to assume that if you know that your husband was ripping all of these people off you wouldn’t have put out a song called, ‘It’s Expensive to Be Me.’ And she said, ‘Would I have gone on a reality show if I knew and showing off the wealth?’ She’s not a dummy and that would be a real dummy to do that. I mean that’s a double cover. I mean, it would never enter my mind.”

Mention It All! Real Housewives’ Legal Troubles Through the Years

It’s been one year since Erika, 50, filed for divorce from Tom, 82, after more than 20 years of marriage. In December 2020, the pair were accused of embezzling funds intended for Tom’s clients and she has since been named in his bankruptcy case, which alleged that she received $20 million in misused funds over the years. While Tom is currently living in a health facility after being placed under a conservatorship amid a battle with Alzheimer’s and dementia, the Pretty Mess author has denied knowing about his alleged wrongdoings.

“I was so kind of impressed that she kept showing up and then she came to [the] reunion and I called her the day before and I said, ‘I just want you to know, I’m sitting here reading every article. I’m asking you everything tomorrow. No hard feelings but, like, that’s what we’re doing, I just want you to know,’” Cohen recalled. “And she said, ‘I’m expecting that you do. You have a job to do, and I’ll be there.’ I said, ‘Look maybe it will be cathartic for you in some way.’ And the truth of the matter is I’ve been through this before with a lot of people who didn’t want to answer questions and didn’t and wouldn’t, so I was just really glad that she did frankly, and then it’s up to everyone else to decide how you feel.”

Andy Cohen’s Friendships With Ex Housewives: Who Is He on Good Terms With?

Still, Cohen admitted: “I think that her presentation could use a little work as we discussed at the reunion.”

While production on season 12 of RHOBH is seemingly already underway, the final part of season 11 airs on Bravo Wednesday, November 3, at 8 p.m. ET.