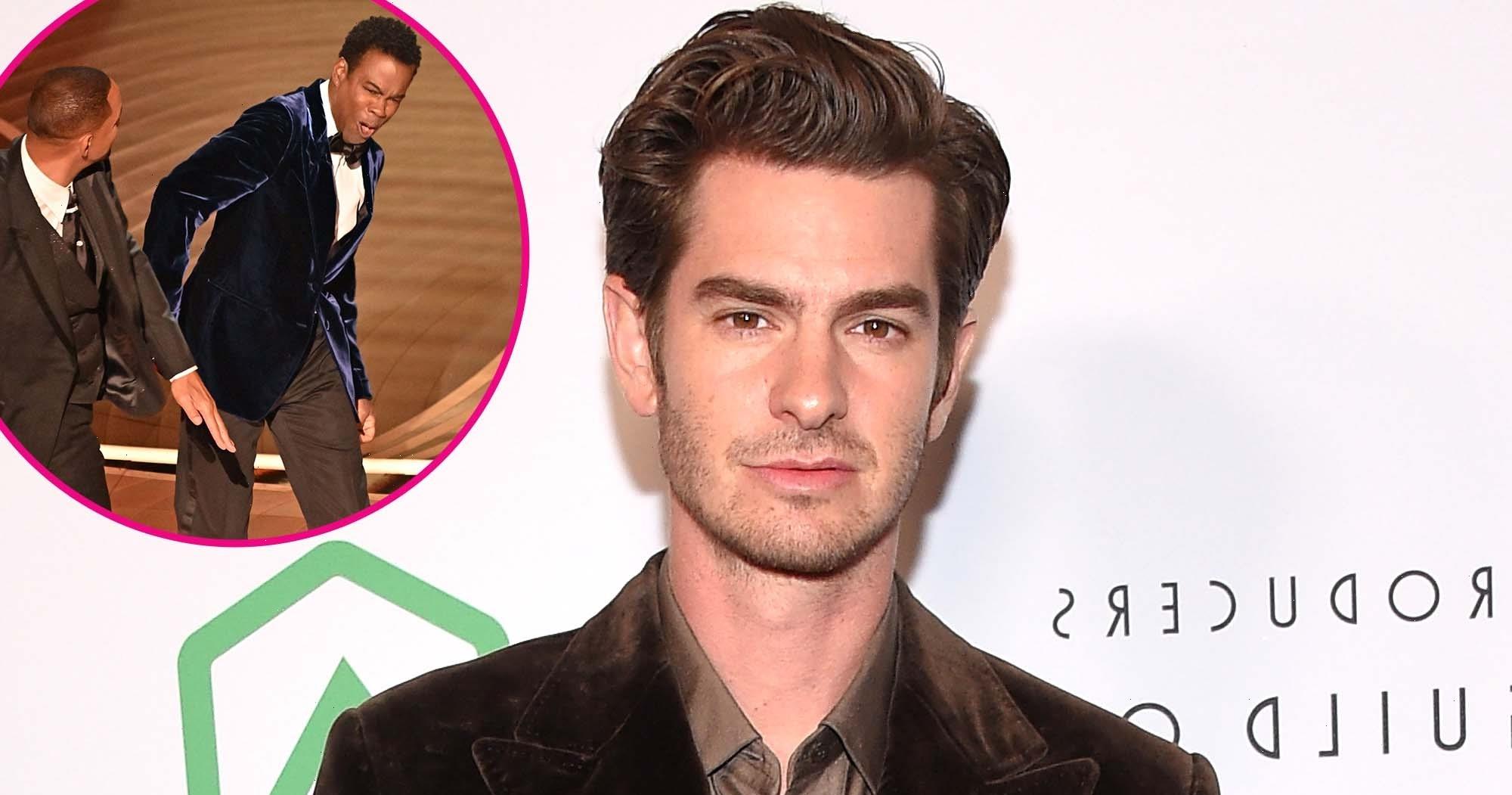 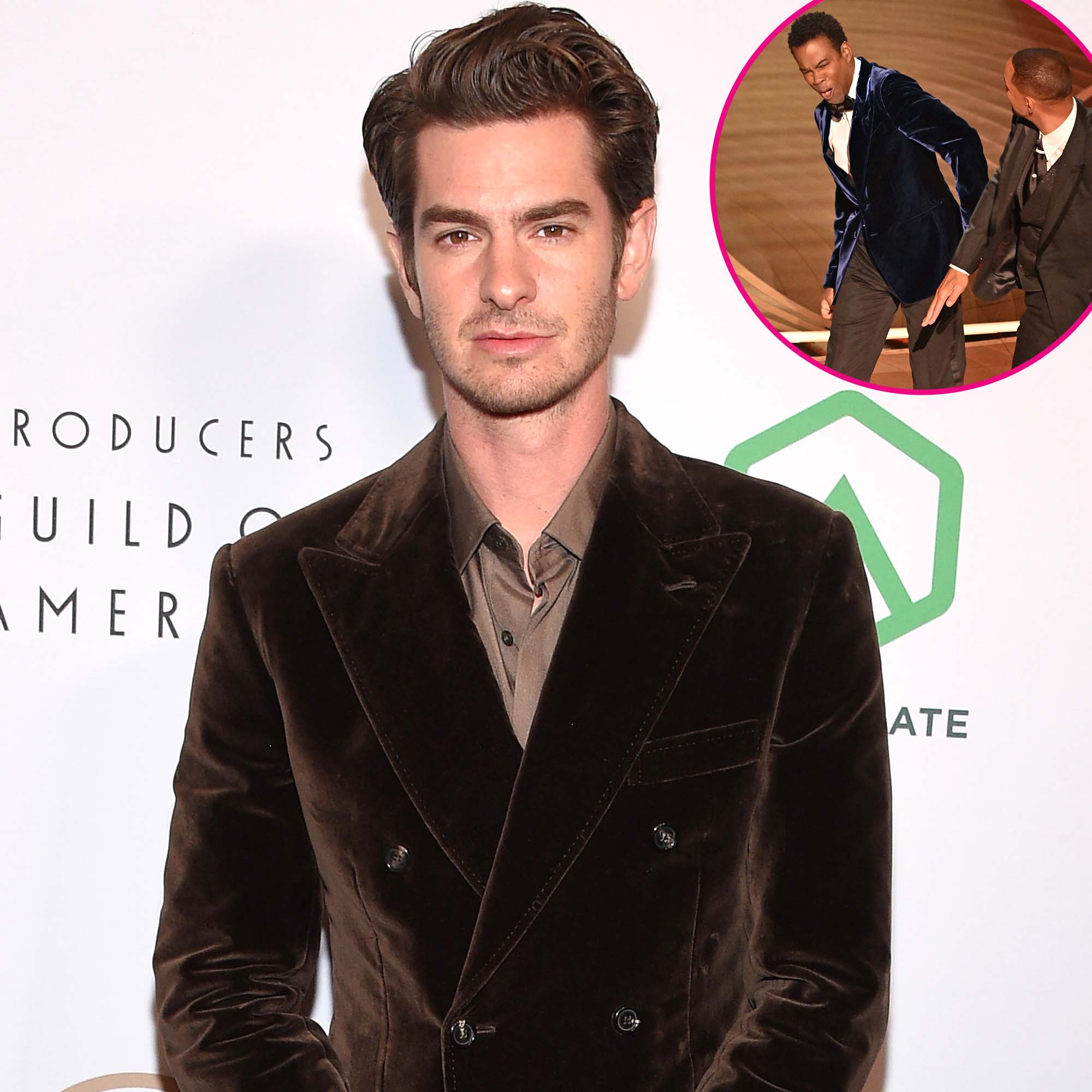 Tick, tick, slap. Andrew Garfield was in the audience when Will Smith slapped Chris Rock at the 2022 Oscars — and he seemingly offered his take on the incident when he left the ceremony.

Will Smith and Chris Rock’s 2022 Oscars Incident: Everything to Know

The Hacksaw Ridge actor, 38, appeared to mimic the viral moment in a video taken outside the Dolby Theatre on Sunday, March 27. The U.K. native seemed to say, “What the f–k are you doing?” to a friend before making a slapping motion with his hands in the clip, obtained by Splash News and shared by UnCrazed on Friday, March 31.

The Amazing Spider-Man star also popped up in a viral screenshot that showed him texting during the Oscars ceremony. “Andrew Garfield texting the other Peter Parkers to see if Will Smith slapped Chris Rock in their universes too,” one Twitter user joked on Monday, March 28, after the Academy Awards aired.

Garfield was nominated for best actor at Sunday’s show for his work in Tick, Tick … BOOM!, but he lost to Smith, 53, who won for his performance in King Richard. The Men in Black star’s first Oscar victory was overshadowed by what happened earlier in the evening, when he slapped Rock, 57, after the comedian made a joke about Jada Pinkett Smith‘s haircut.

Celebs React to Will Smith Slapping Chris Rock at Oscars 2022

One day after the show, the Philadelphia native publicly apologized to the Saturday Night Live alum. “Violence in all of its forms is poisonous and destructive,” he wrote via Instagram on Monday. “My behavior at last night’s Academy Awards was unacceptable and inexcusable. Jokes at my expense are a part of the job, but a joke about Jada’s medical condition was too much for me to bear and I reacted emotionally.” 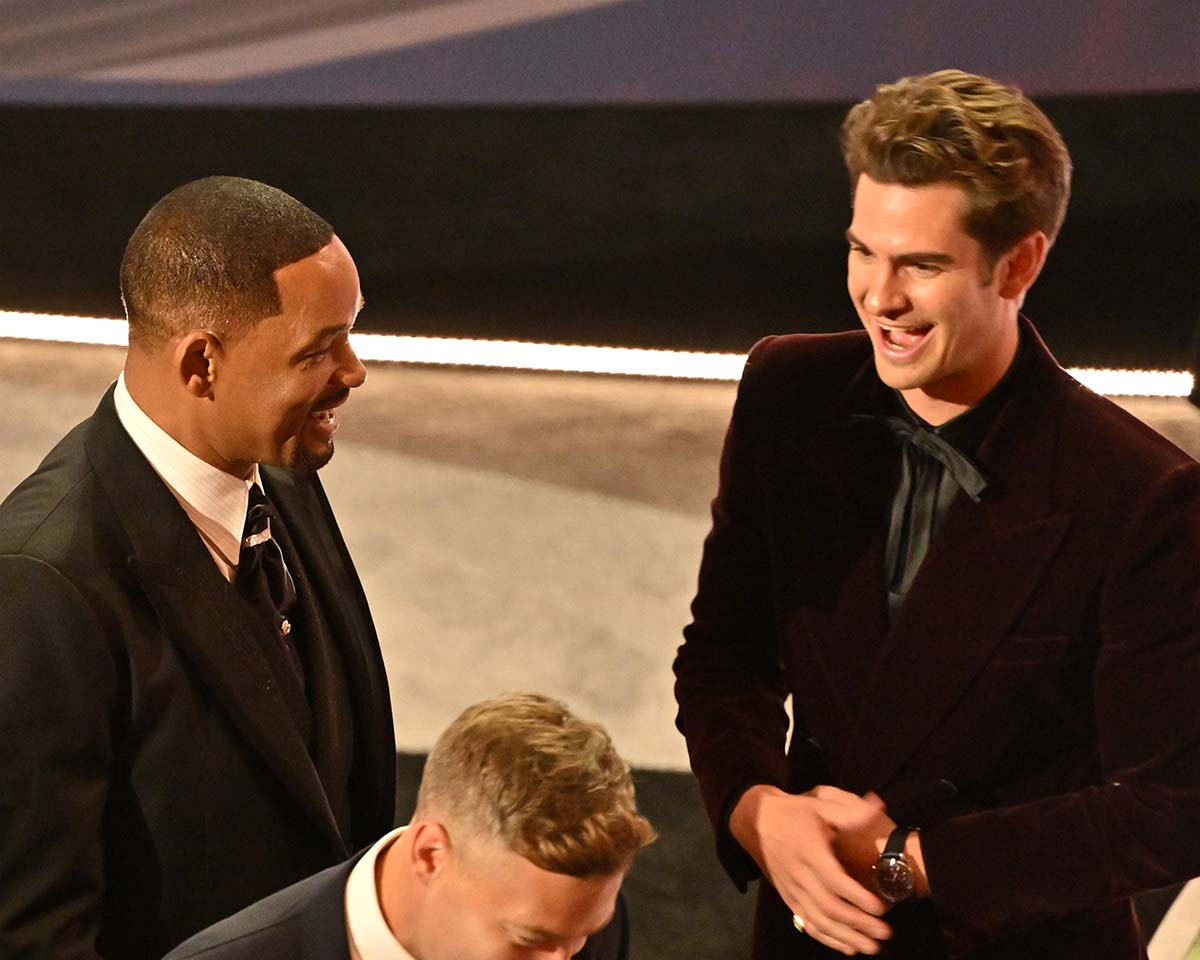 Rock, for his part, addressed the incident during a stand-up performance in Boston on Wednesday, March 30. “How was your weekend?” the Grown Ups star asked the audience before starting his show. “I’m still processing what happened.”

An insider exclusively told Us Weekly that the crowd “laughed a lot and it really cut the tension” for Rock, who received a standing ovation at the end of his set. A second source noted that Smith has not personally reached out to Rock since the Oscars.

“Chris is focusing on his tour,” the insider added. “He’s moving on and is looking forward to his upcoming gigs.”

Awards show viewers praised the Top Five actor for his ability to recover after the altercation, but producer Will Packer revealed on Friday, April 1, that he wasn’t sure how the ceremony would continue in the moment.

“He certainly saved what was left of [the show] at that point,” Packer, 47, said of Rock during an interview with Good Morning America. “It’s bittersweet. … You have all these moments that are overshadowed now.”