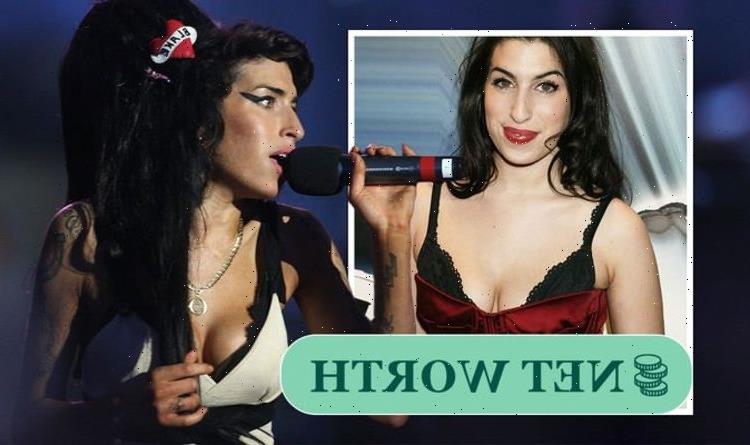 Amy Winehouse was a British icon, known by all for her deep vocals, her eclectic mix of musical genres, and her signature dark brown beehive. Amy accumulated a huge fortune from her incredible singing career before her tragic death.

A Life in Ten Pictures will broadcast on the BBC tonight at 9pm, giving viewers the opportunity to journey through a celebrity’s life in ten photos.

The North London girl with a unique voice and look, Amy Winehouse’s story will be documented on the programme tonight.

Amy was found dead in her Camden home in July 2011.

The talented singer had a successful career, with her album Back to Black becoming the UK’s biggest-selling album of the 21st century.

Before her death, Probate records showed that Amy’s estate was worth a whopping £4.3million in total assets, according to Forbes.

She did not leave a will, but her after-tax assets were given to her mother, Janis, and father, Mitch.

Amy’s parents went on to set up the Amy Winehouse Foundation, a charity which helps and supports vulnerable people.

It also works to prevent the effects of drug and alcohol misuse on young people.

Amy died from accidental alcohol poisoning, it was later found.

The singing legend was born in Enfield, north London, and had an older brother, Alex.

After her parents separated when she was nine, Amy lived with her mother in London and stayed with her father and his girlfriend in Essex on weekends.

Amy showed a keen interest in acting and singing from a young age and attended the Susi Earnshaw Theatre School on Saturdays.

When she was a little older, she started performing as a jazz singer at the Cobden Club.

Amy was greatly influenced by jazz music and her debut album, Frank, was testament to that.

Frank was nominated for the BRIT Awards for British Female Solo Artist and British Urban Act, going on to achieve platinum sales.

Including hit singles such as ‘Rehab’ and ‘You Know I’m No Good’, the album reached number one on the UK Albums Chart and became the best-selling album in the UK in 2007.

The singer also won a Grammy for the Best New Artist category, earning her an entry in the 2009 edition of the Guinness Book of Records for Most Grammy Awards won by a British Female Act.

Amy performed across the globe in the months and years before her death, even playing five dates in Brazil in January 2011.

Amy remains one of the most successful British singers of all time.