The ‘American Idol’ season 20 contestants were paired up for show-stopping duets on April 3. While some performances were stellar, some missed the mark. The judges had to choose who to send to the Showstopper round.

The second round of American Idol’s Hollywood Week is all about the duets. The contestants are performing for the judges again in hopes of moving on to the Showstopper round. The first duet is Fritz Hager and Leah Marlene.

They set the bar high for everyone else with their gorgeous acoustic take on the Bruno Mars hit “Locked Out Of Heaven.” Lionel Richie commends them for bringing out the best in each other. Fritz and Leah are both moving on to the Showstopper round. As Fritz and Leah walk away, Luke Bryan says that Leah is “next level.” 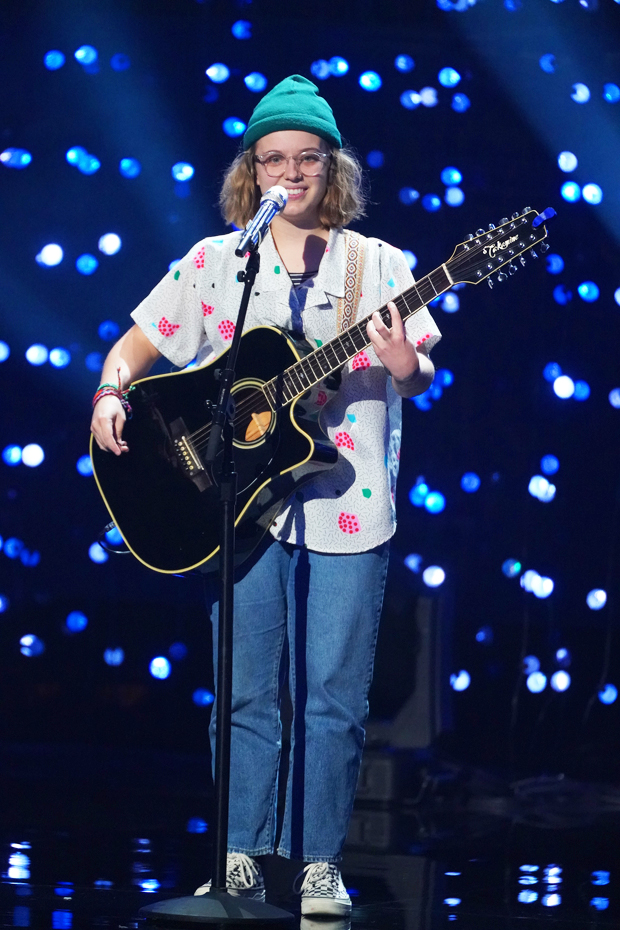 The Platinum Ticket winners get to pick their own duet partners after bypassing the first round of Hollywood Week. Kenedi Anderson is up first and picks Jordan Chase as her partner. Their first rehearsal of “Lean On Me” by Bill Withers was rough, but they’re able to turn it around for their performance. Kenedi and Jordan have very good chemistry.

Katy Perry notices their chemistry and gives the judges a look. She tells the pair that when they connect like that, they could go “all the way.” Kenedi and Jordan have made it to the next round.

Allegra Miles and Taylor Fagins team up for “Locked Out Of Heaven.” Their performance is good, but Allegra overpowers Taylor. While Lionel points out that they are both very talented, only Allegra is moving on to the Showstopper round. Lionel tells Taylor that this is not the end of the road for him when it comes to music. 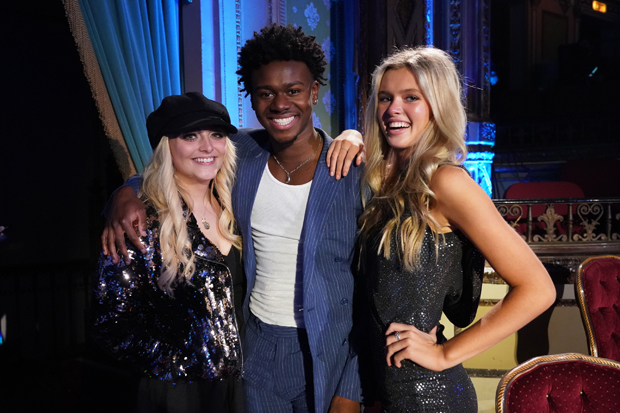 HunterGirl chooses Cole Wesley Ritter to be her duet partner. They wow with their rendition of “Dreams” by Fleetwood Mac. Katy tells HunterGirl that there’s an “undeniable tone” in her voice, and she sounded great with Cole. HunterGirl and Cole are headed to the Showstopper round!

American Idol season 20 has two pregnant contestants: Sam Moss and Haley Slaton. They hit the stage to perform Robyn’s “Dancing On My Own.” The judges are torn over them, but they ultimately decide to send Sam to the Showstopper round. Haley begins to cry when she learns that she’s going home. The show does include a video from Haley, who has since given birth to a baby boy.

The final Platinum Ticket winner Jay Copeland picks Morgan Gruber as his duet partner. They settle on “Shallow” from A Star Is Born, even though they both don’t quite know the meaning of the song. Their voices still sound great, but it’s not their true best. Katy says that they are both “phenomenally talented” and wants to see more from them. That’s why they’re going to the Showstopper round!

Olivia Faye and Noah Thompson’s lead-up to their performance is a stressful one. They start out choosing “Lean On Me,” but they decide to change their song at the last minute and go with “July” by Noah Cyrus and Leon Bridges. Noah also ditches his guitar at the last minute.

During the performance, Noah forgets the words for a brief second. Luke notes that this was not Noah’s best performance, and it ended up impacting Olivia’s performance. The judges decide to give Noah another chance. He’s going to the Showstopper round with Olivia.

Cameron Whitcomb and Tristen Gressett endure rough rehearsals as they work on “Have You Ever Seen The Rain?” by Creedence Clearwater Revival. They start out pretty safe in their performance before kicking things up a notch halfway through. After the performance is over, Cameron does a backflip! Lionel tells Cameron and Tristen that both of them showed up today, so they’ve both moving on.

Douglas eventually finds Scarlet, and she apologizes for bolting. They’re both nervous leading up to the performance. Their performance of “Rewrite the Stars” isn’t a knockout moment for either of them. Katy whispers to the judges that it was “death by song.” They’re torn on Douglas and bring up that the song wasn’t right for either of them. The judges want to give Douglas and Scarlet another chance. They’re getting another shot during the Showstopper round.

Cole Hallman and Cadence Baker met in Nashville, and now they’re teaming up for a duet. They work all night trying to perfect their rendition of James Taylor’s “How Sweet It Is.” They have a nice chemistry. Luke notices that Cole’s voice is a bit spent after rehearsing so much. He also notes that the performance was a “little underwhelming” for both Cole and Cadence.

After her show-stopping audition, Luke tells Cadence that her star power has “declined.” The judges end up deciding to take a chance on Cadence, which means Cole is going home.

Nicolina and Christian Guardino are pretty perfect as duet partners. Their voices pair together beautifully. Their performance of “The Prayer” by Celine Dion and Andrea Bocelli is the right song choice for both of them. The judges clearly can’t choose between them, so they’re both going to the Showstopper round. 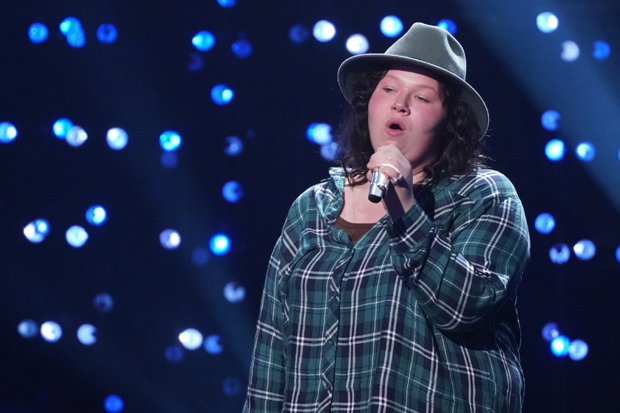 The final duet of the night is from Betty Maxwell and Kelsie Dolan. Kelsie is incredibly nervous about working with Betty. Betty really tries to get Kelsie to come out of her shell, but she also wants to do well for herself. Katy gives Kelsie a pep talk before her performance, hoping to boost her confidence.

All the work pays off. Their performance of Pink’s “Just Give Me A Reason” impresses the judges and brings Lionel to tears. “You broke through,” Lionel says to Kelsie. Katy praises Katy for supporting Kelsie and drawing out Kelsie’s best. Needless to say, Betty and Kelsie are going to the Showstopper round!