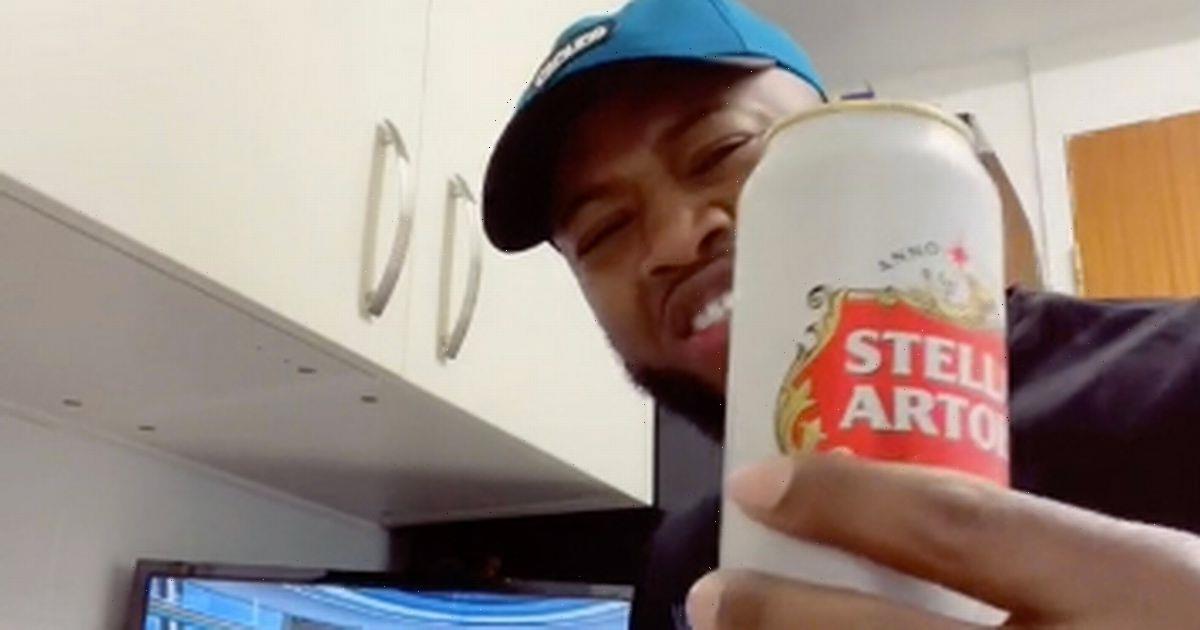 An American guy had a hilarious reaction as he tried a can of Stella for the first time ever before England's big Euros quarter-final match last night (July 3).

The man, who goes by 'Mr Miami' on TikTok, has been sharing some of his experiences of being an American in England during the madness of the Euros tournament.

And he's definitely making the most of trying to be an authentic Englishman.

Ahead of England's match against Ukraine in Rome, the social media user went about bought a can of Stella for the first time ever to enjoy before the match.

He said in his video: "Apparently I can't get my British passport until I get me a can of Stella before 12'o'clock in the morning."

Mr Miami was then seen going to an off licence as he picked himself up a nice cold can of the beer.

After buying himself the Stella, he said he was going to "see what happened", adding: "I'm gonna crack this b***h open before 12."

He then went for a sip of the alcoholic beverage for breakfast whilst also enjoying a sandwich.

However, he instantly grimaced after his first taste, as he asked: "Y'all drink this sh*t?"

Since being shared a few hours ago, the video has already racked up 21,000 likes and hundreds of comments.

One exclaimed: " Stella and a scratchcard, classic English breakfast."

While another added: "I love seeing you invested in our culture and lifestyle, so good to see. Come on England."

A third recommended: "Add a little lemonade to the Stella."

Meanwhile someone else who thinks "it's coming home" is Page 3 bombshell Apollonia Llewellyn.

The model wowed in a tiny, red bikini and she backed Harry Kane and the rest of the England boys after their big 4-0 win.