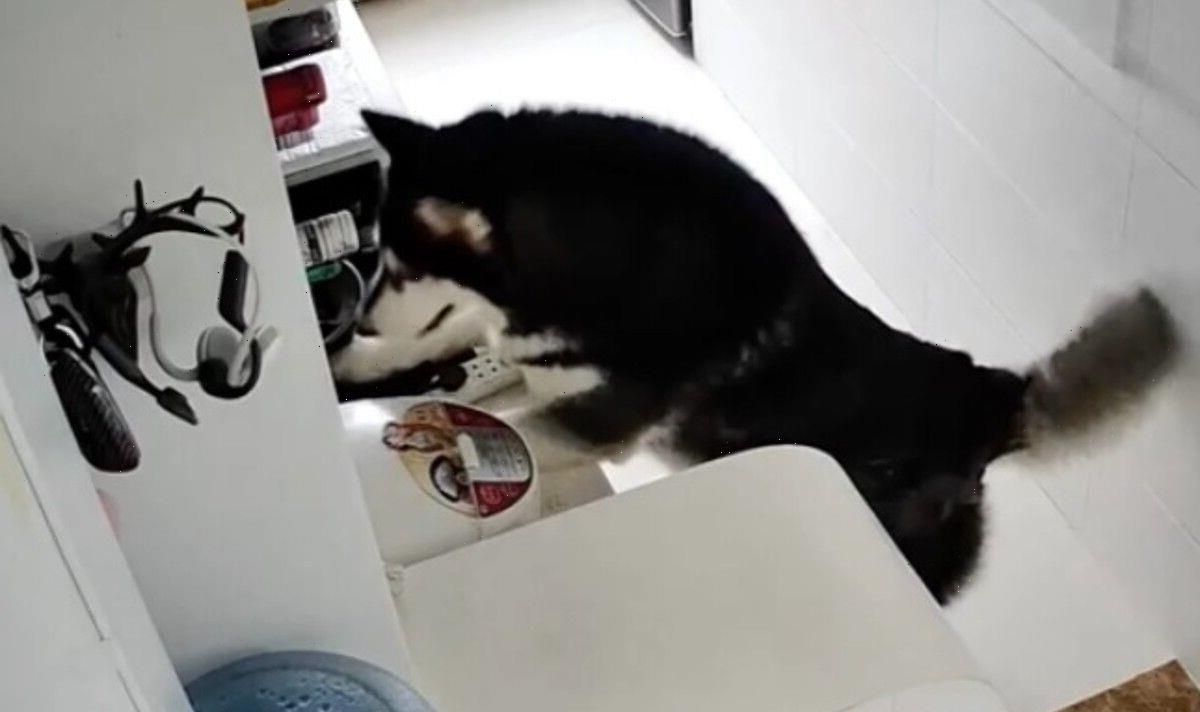 China: Husky turns on cooker while homeowner is away

Pet pooch Lucky went viral in China after a video was posted on social media showing him at work in the kitchen. Owner Zhou from Zhejiang province used a home surveillance system to give his dog commands remotely.

Zhou had washed the grains and placed them in an electric rice cooker before heading to the shops to buy groceries.

He explained that his shopping trip took longer than expected because he decided to go for a COVID-19 test so he tasked Lucky with starting the dinner, Qianjiang Evening News reported.

Zhou can be heard asking his six-year-old hound in the video: “Lucky, it will take me a long time to queue up for the nucleic acid test.

“Can you press the power switch for the electric cooker on?”

Footage shows Lucky lying down, but on hearing his master’s request he gets up and uses his front paws to press the on switch where the rice cooker is plugged in.

Zhou then asks Lucky to go to the rice cooker and press its on switch as well to get the rice steaming.

But the dog struggles on the first command so Zhou repeats his order.

He says the instructions a few times, but Lucky eventually understands and turns the appliance on.

Zhou can be heard saying: “Press that button… You didn’t press it correctly. Try again and press it harder.”

Soon after, Lucky manages to turn on the rice cooker.

His proud owner then says: “How fabulous! I will prepare delicious food for you when I return home.”

According to Zhou, Lucky can perform a number of household chores, including flushing the loo as well as turning off lights and taps.

Zhou said Lucky is a fast learner and was able to learn how to fasten a car seat belt in minutes.

Zhou said: “You can see this video is just one minute long. But, to make it I had to spend plenty of time beforehand training the dog so that he could achieve this result.”

He said: “[Lucky] will understand what I mean through the expression in my eyes or just from a simple hand gesture.

“But Lucky only listens to my orders. He seems unable to understand what my wife says.”