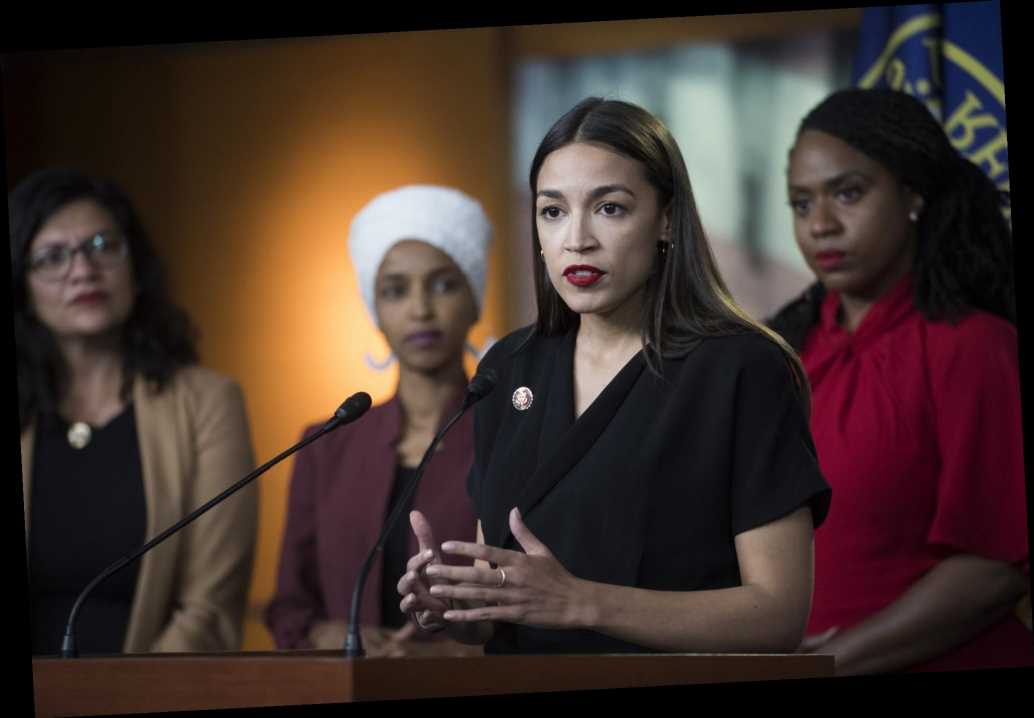 Last night at the final 2020 presidential debate, President Donald Trump channeled (some of) his antagonism toward Congresswoman Alexandria Ocasio-Cortez. “It’s actually AOC plus 115 because that’s how many House and Senate members have cosponsored the most ambitious climate legislation in American history,” she tweeted.

Then, all four of the congresswomen shared a photo of themselves together.

“Living in his head rent free is something,” Pressley captioned the image, followed by the url for iwillvote.com.

“Sisterhood is everything,” Ocasio-Cortez tweeted.

“This is real sisterhood, and we are just getting stronger. #MashAllah," Tlaib wrote.

“Joy is an act of resistance,” Omar tweeted.

Ocasio-Cortez went on to address the disrespectful nature of the president’s “AOC plus three” diminutive, writing, “I wonder if Republicans understand how much they advertise their disrespect of women in debates when they consistently call women members of Congress by nicknames or first names while using titles & last names when referring to men of = stature. Women notice. It conveys a lot."

“AOC is a name given to me by community & the people. Y’all can call me AOC. Government colleagues referring to each other in a public or professional context (aka who don’t know me like that) should refer to their peers as ‘Congresswoman,’ ‘Representative,’ etc. Basic respect 101.”