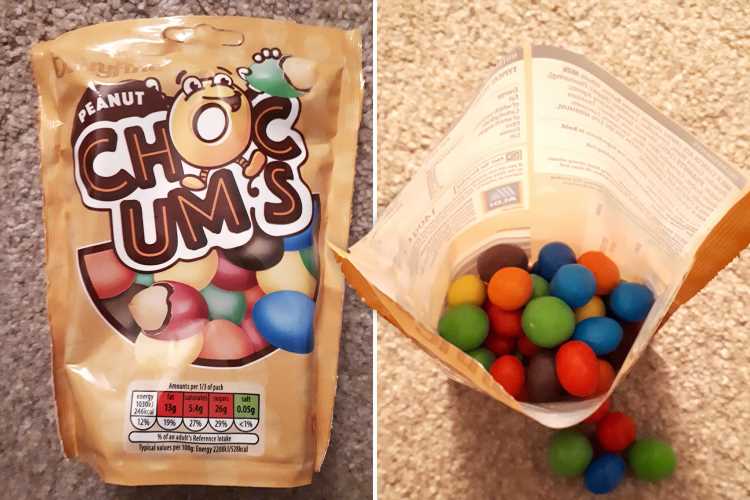 CHOCOLATE lovers might want to head to Aldi where you can get your hands on the discounter's own-brand version of M&M's.

The delicious treats are called Choc Ums and some shoppers have said they taste just as good as the real deal. 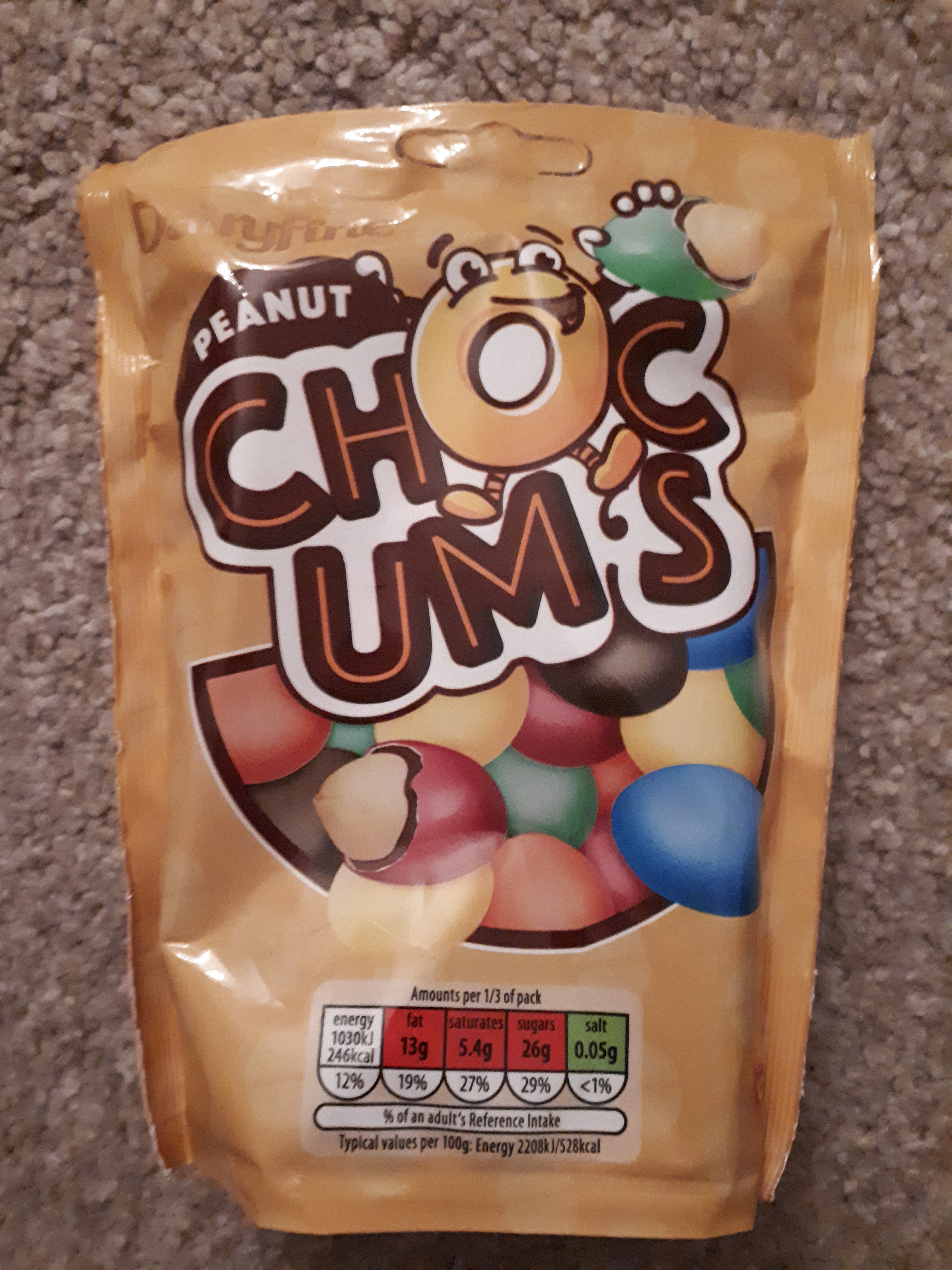 The Sun has asked Aldi for the weights and prices and will update this piece once we know more.

Chocolate-lover Rebekah Rogers was chuffed to spot the bargain Choc Ums in the confectionary aisle of her local Aldi in Camberley, Surrey.

The mum-of-two said: "Peanut M&M's are one of my favourite chocolates so I had to try Aldi's version.

"They looked exactly the same when I opened bag and tasted identical.

"I can't believe they only cost 79p too. I know which I'll be buying in future!” 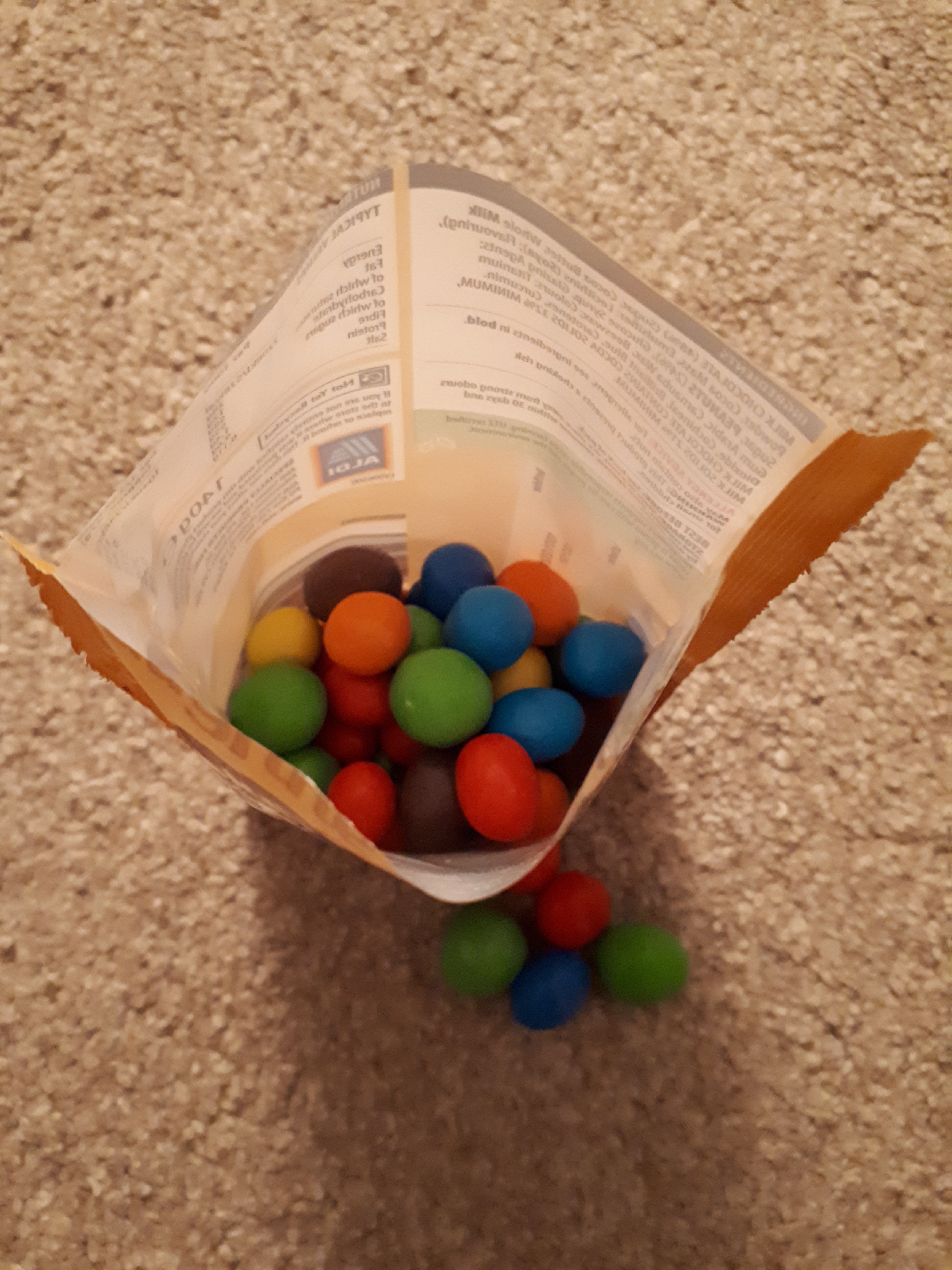 The sweets themselves look very similar to M&M's – but without a white logo printed on.

Another shopper wrote on a HotUKDeals forum: “Just found in Aldi their sweet version of M&M's which is £0.79 and I can truly say they taste exactly the same as the original one.”

The Aldi packaging says that a third of a pack of the peanut sweets is 246 calories and has 13g of fat and 26g of sugar.

Choc Ums were first launched by Aldi earlier this year as a trial, but now they've been confirmed as a permanent fixture.

The sweets aren't available online, so you'll need to head to your nearest store to grab a pack.

Fortunately, Aldi says you can get your hands on Choc Ums in all of its stores nationwide.

There are over 620 in the UK and you can find your closest one using the store locator.

McDonald’s is bringing back Mars and Twix McFlurries this week.

And Wilko’s cheap pick and mix deal is back for the summer holidays.

Finally, Asda is selling a unicorn gateau and it tastes of strawberries and vanilla.